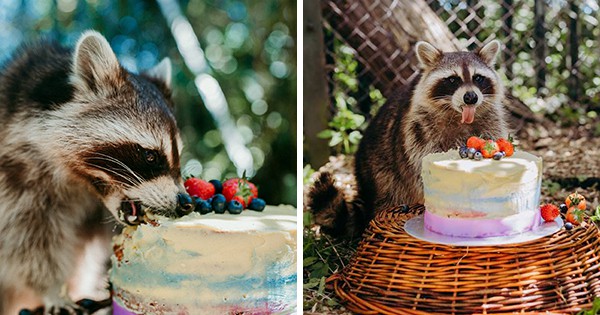 Burnham-on-Sea-based photographer, Xanthe Rowland, recently had the privilege of taking photos for a rather unusual birthday celebrant: an eight-year-old raccoon named Missy. 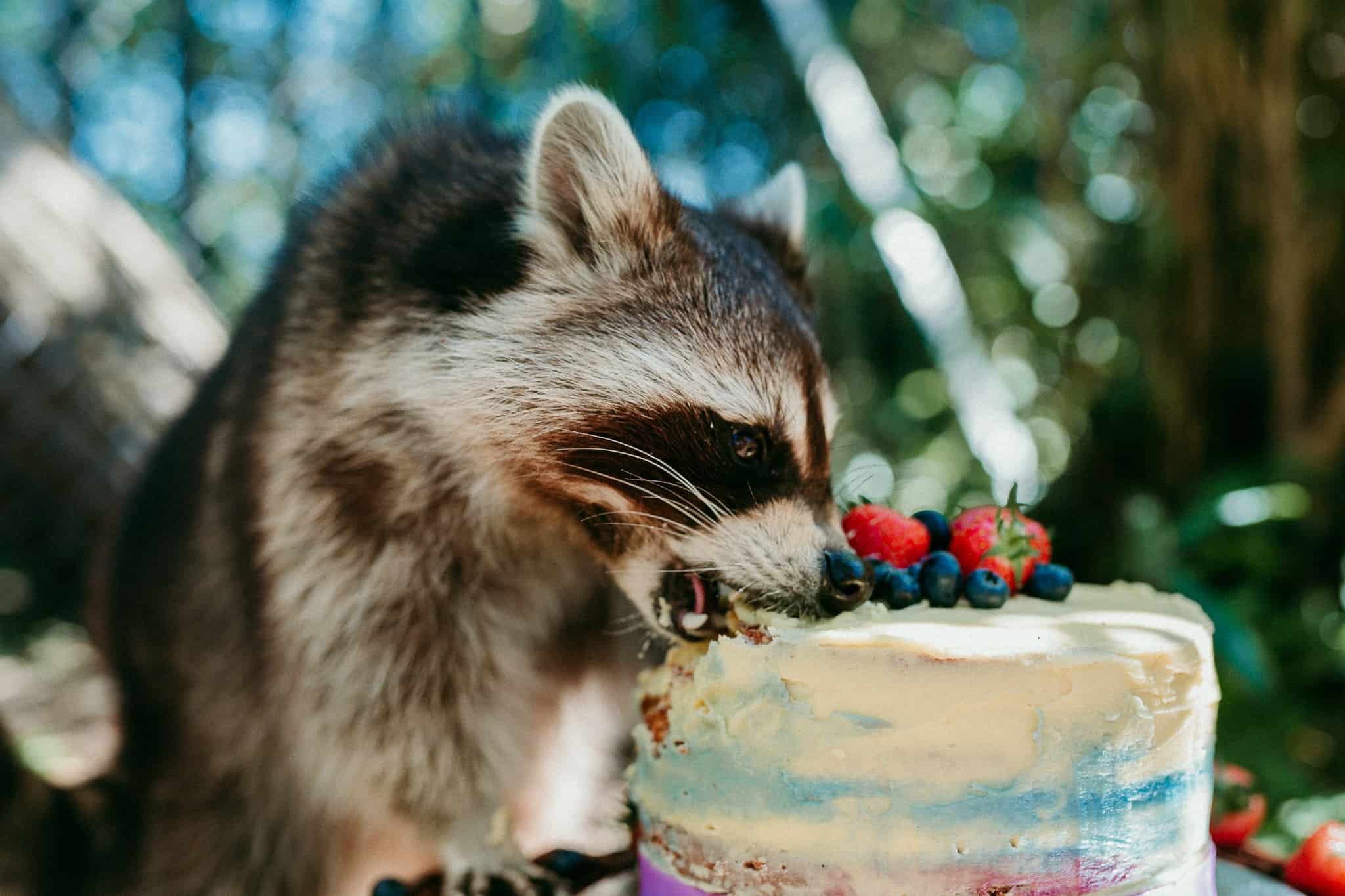 And the photos came out just as adorable as you’d expect.

The 24-year-old explained that the photoshoot came about because she kept getting requests from clients to have their babies photographed smashing a cake for their first birthdays. 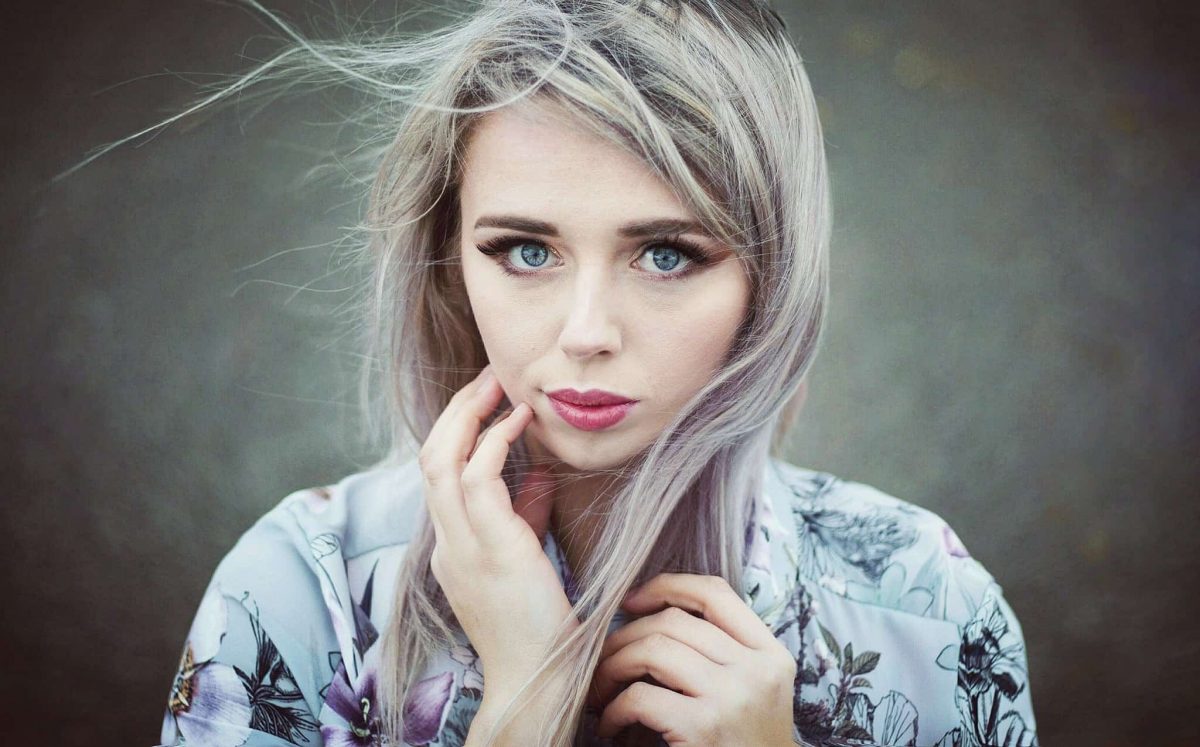 Since Rowland always looks for ways to spruce things up work-wise, she decided to ask her friends if they had any dogs they’d be willing to model in front of her camera.

“At first I was asking my friends if they had any dogs they’d like to try it with,” she said. “Until I received a message from my friend who is a zookeeper at Tropiquaria, Somerset, and mentioned that one of their racoons has a birthday coming up and we could try it with them!” 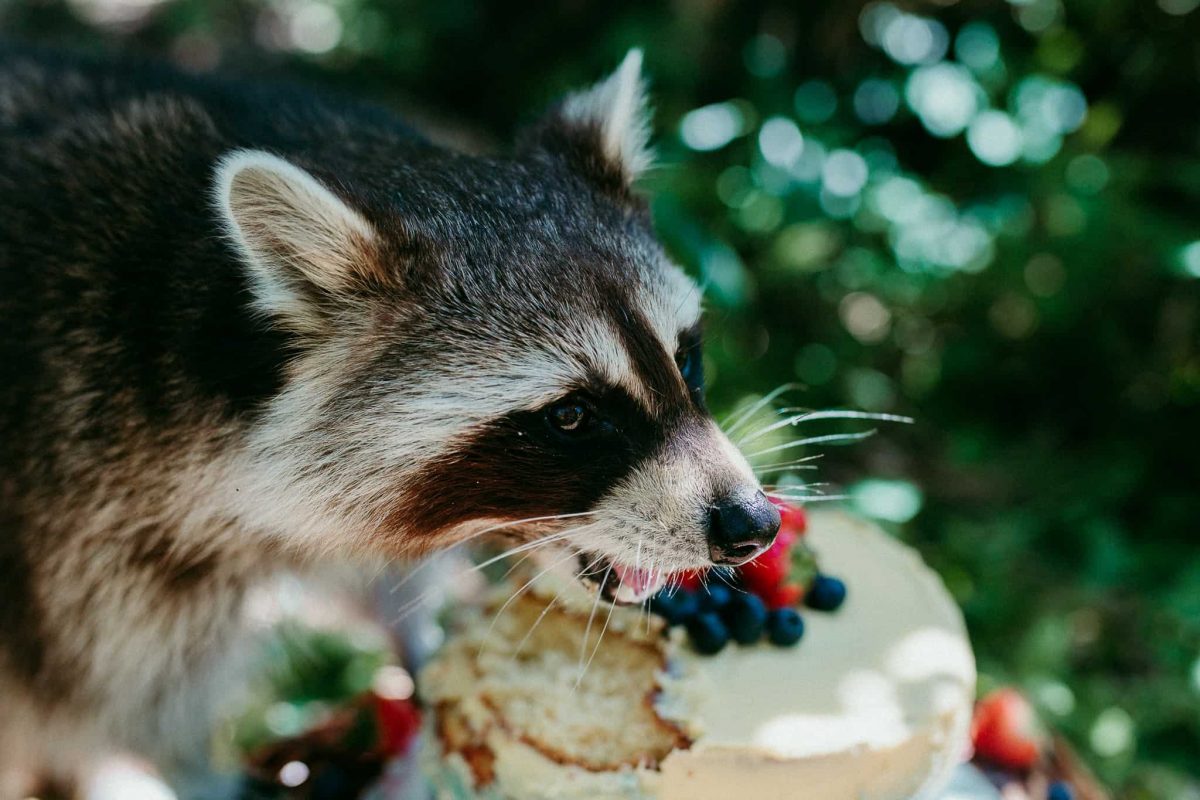 “I practically bit his arm off at that offer as I thought it was so unique. It’s not every day you get to work with amazing animals!”

Before the shoot, Rowland was understandably nervous, having had no experience dealing with raccoons before. But it turned out that Missy was just as nervous as she was.

It was a good thing that Missy’s co-star, a delicious and animal-friendly banana sponge birthday cake, soon coaxed the shy girl out of her shell. 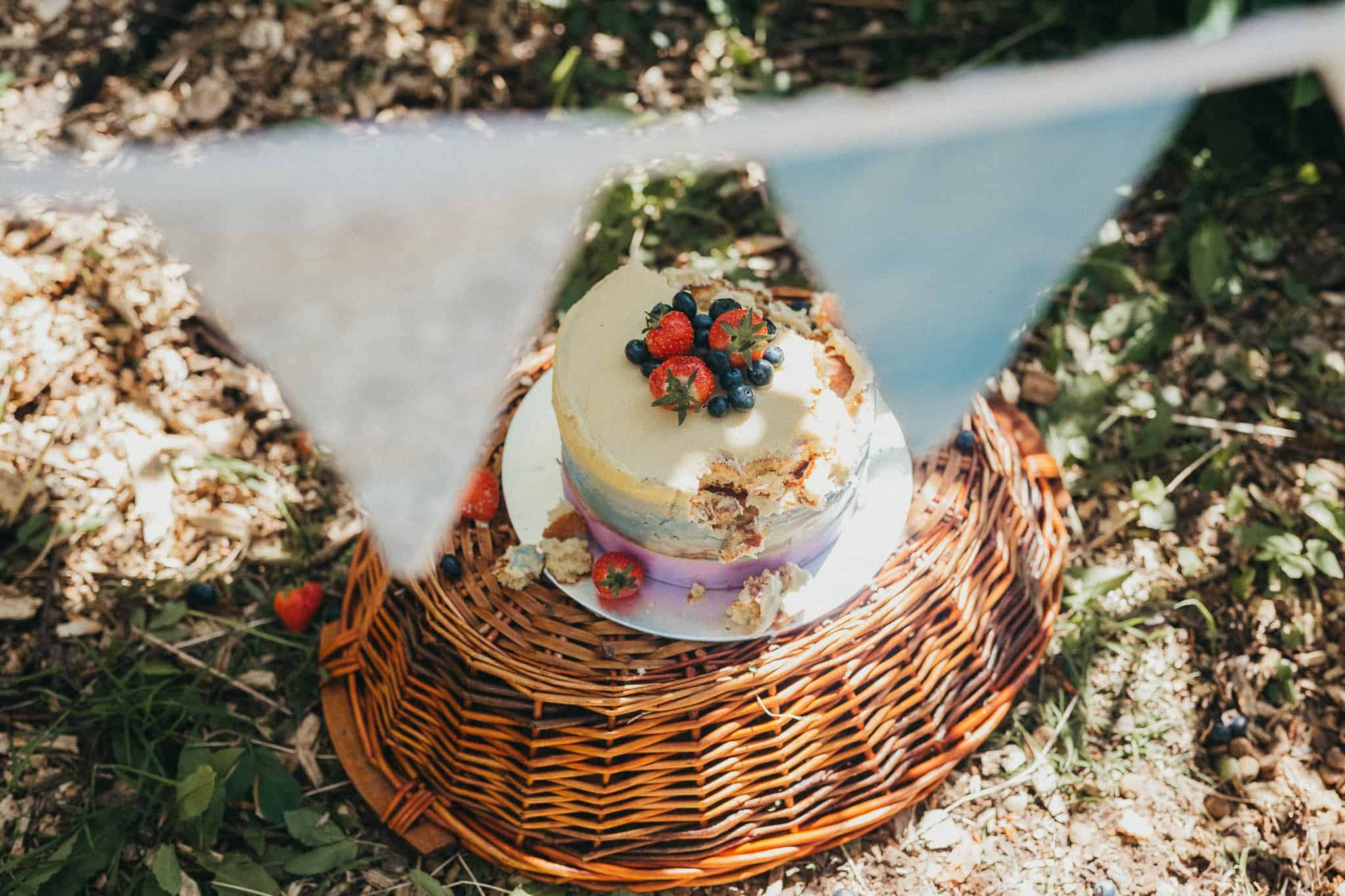 “There are two racoons in the enclosure, Archer and Missy, and they are both ex-pets and have been rescued and relocated to the zoo,” Rowland said.

“I’ve visited them a few times and Missy is typically a bit grumpy when she isn’t being bribed with food. She’s friendly but a bit sassy and very inquisitive! So much like a typical racoon,” she added. “Archer is much more likely to come running up to you if you have something sweet for him, but both of them will be your best friend if you’ve got a treat for them.”

Rowland’s efforts paid off, as the photos came out wonderfully. As expected, the two raccoons had the time of their lives devouring as much cake as they could.

“Watching Missy devour that cake was hilarious. I placed the cake down, put up some bunting and let them both out.” 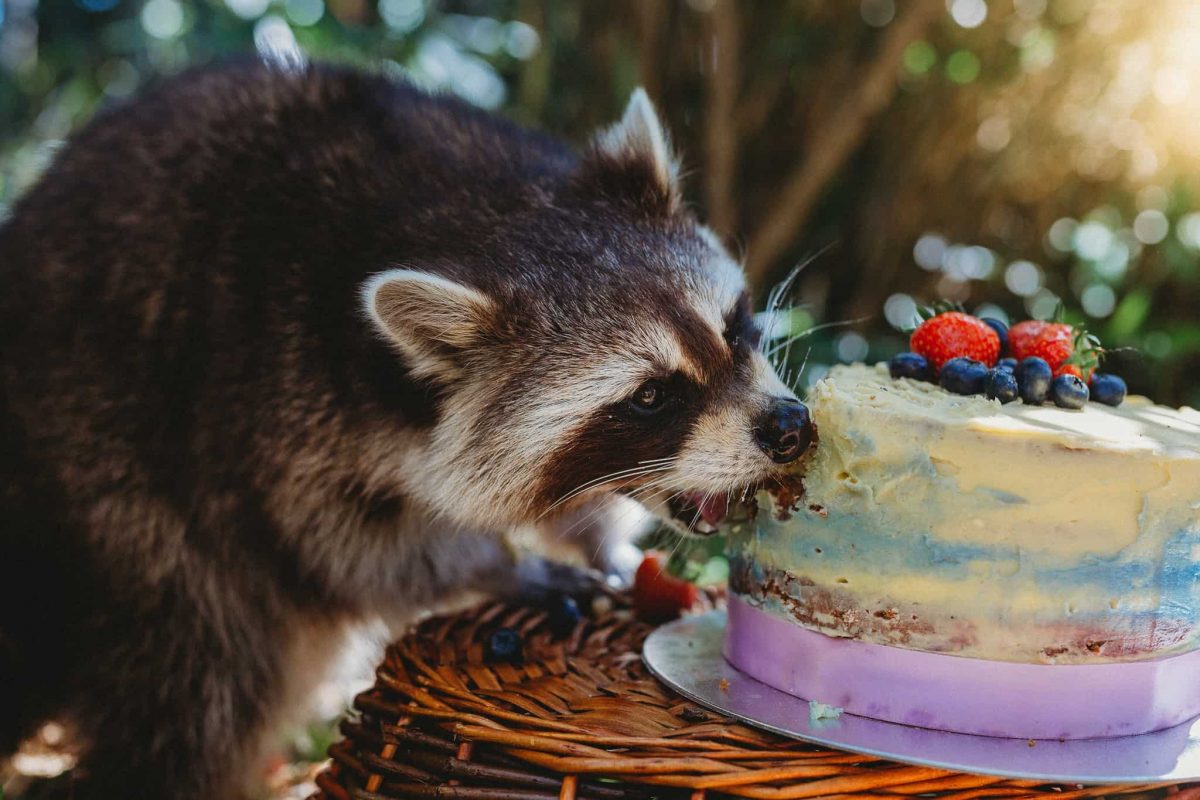 “Missy quickly claimed ownership of the cake by growling at Archer which I was told she would do. I’ve never seen an animal so happy in my life. After a few minutes she had ripped it apart, was licking icing from her fingers and having the time of her life,” Rowland added.
Feeling sorry for Archer, she said, “Midway through, I broke a bit of cake off for Archer and gave some to him so he didn’t feel left out, as he was feeling very sorry for himself in the corner but he quickly perked up.”

“I couldn’t believe the results. I looked back over the pictures and was so happy! I didn’t stop grinning for a good hour afterwards,” Rowland recalled. 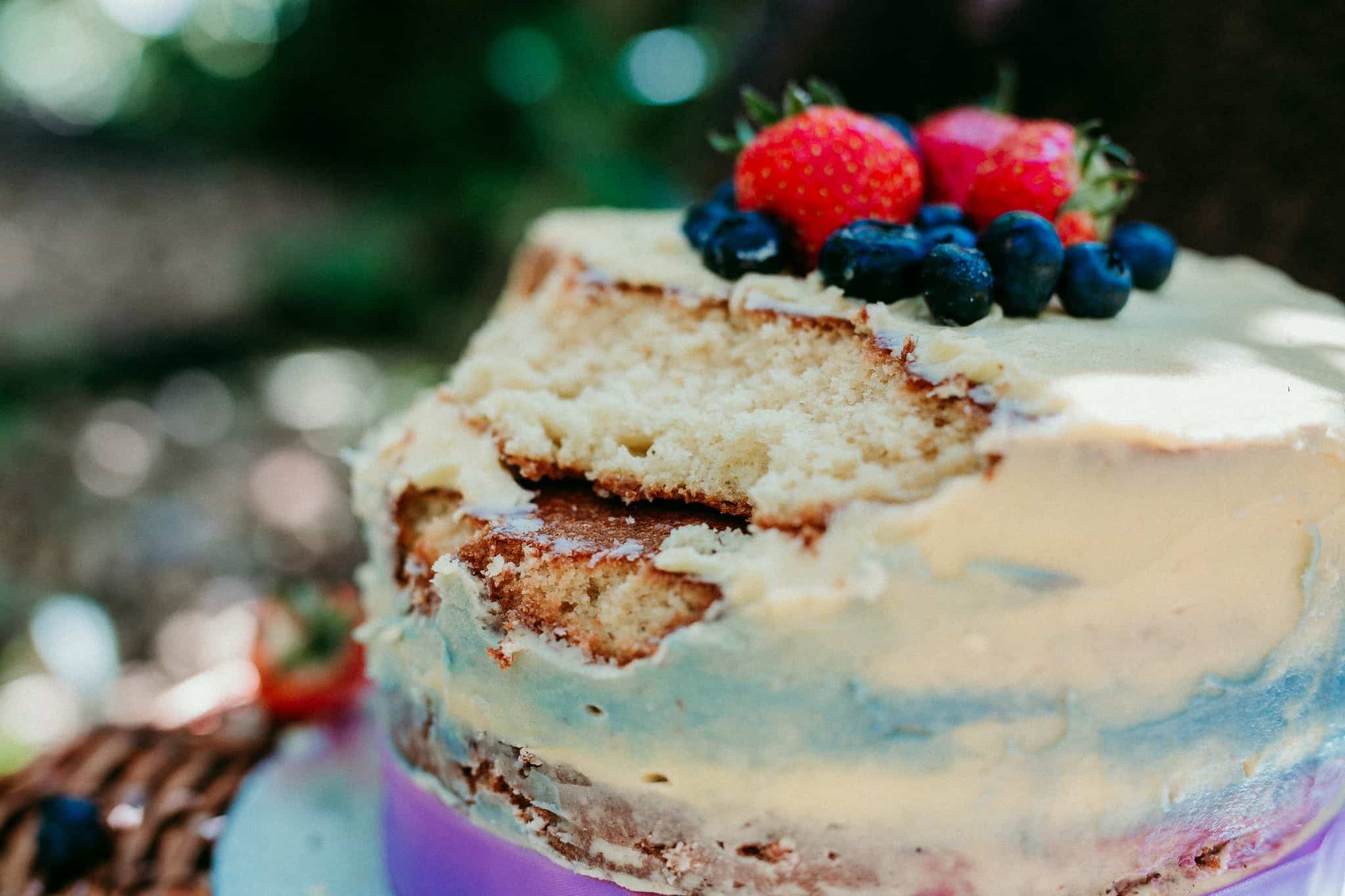 “I don’t really know how I’m going to top giving throwing a raccoon a birthday party but I’m open to ideas!”