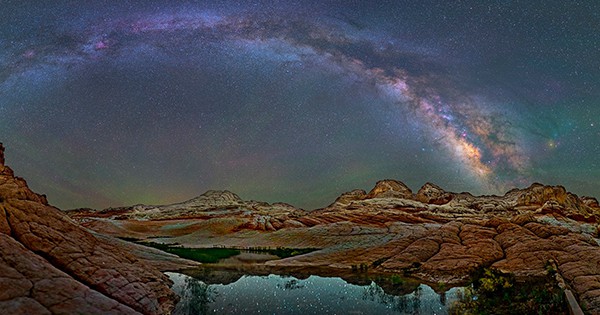 It’s impossible to fully fathom the galaxy’s multitudes of mysteries, but we can, at least, admire its beauty. And thanks to photographer David Lane’s stunning work in astrophotography, we have the opportunity to do just that. 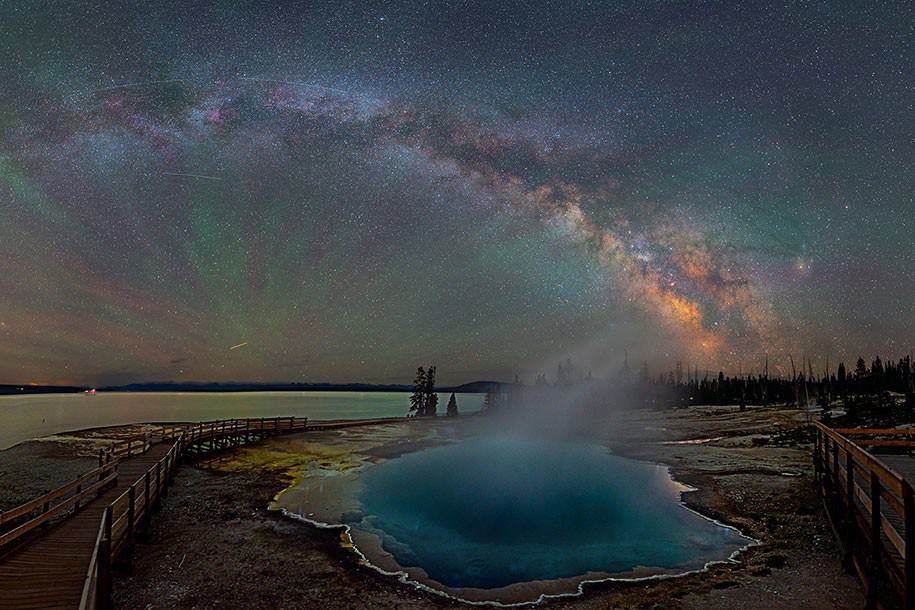 For four months, Lane photographed The Milky Way over Yellowstone National Park to “to help celebrate the beauty of the night skies and our galactic neighbors.” 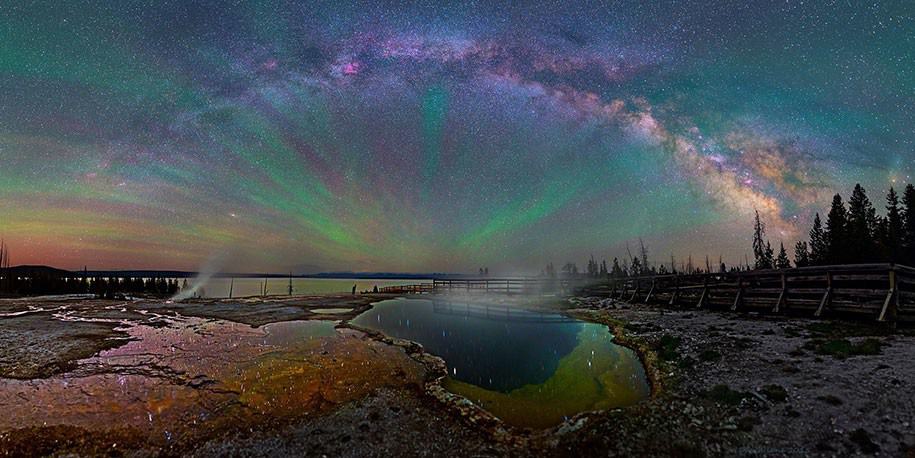 With some ingenious adjustments, such as increasing the airglow saturation by ten percent, instead of decreasing it as is customary, he was able to produce vibrantly colored images of an otherwise dark night sky. 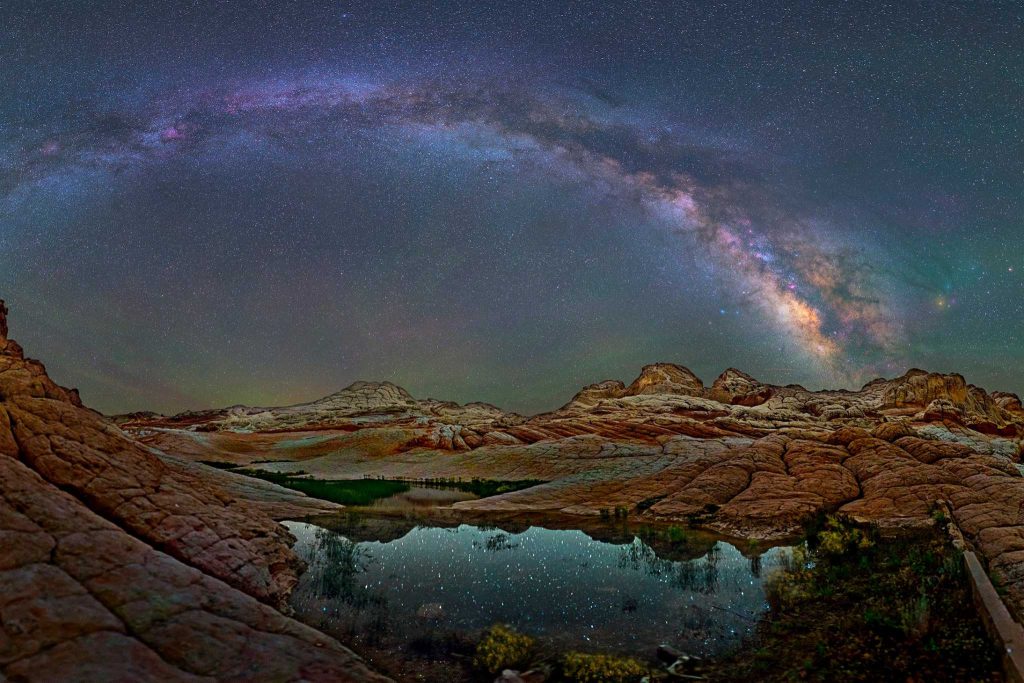 Some of his photos are actually composites, combining up to 16 shots to create a single ethereal image.

“Get away from the light, drive out 20-30 miles out of town, and look up on a clear dark night, and you may see something that will forever change your life. This is what a galaxy looks like from the inside,” he writes. 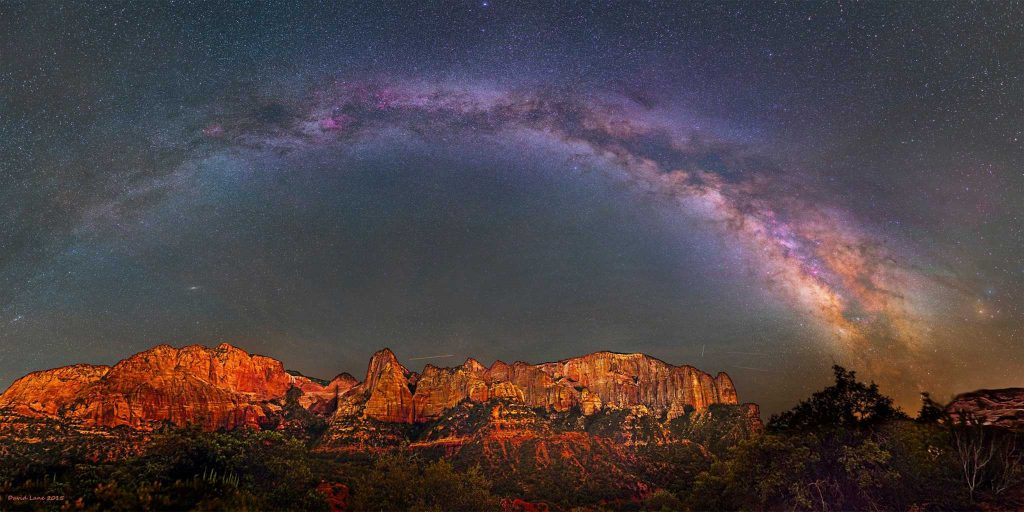 Well, we don’t know about you, but we’re pretty darned blown away. 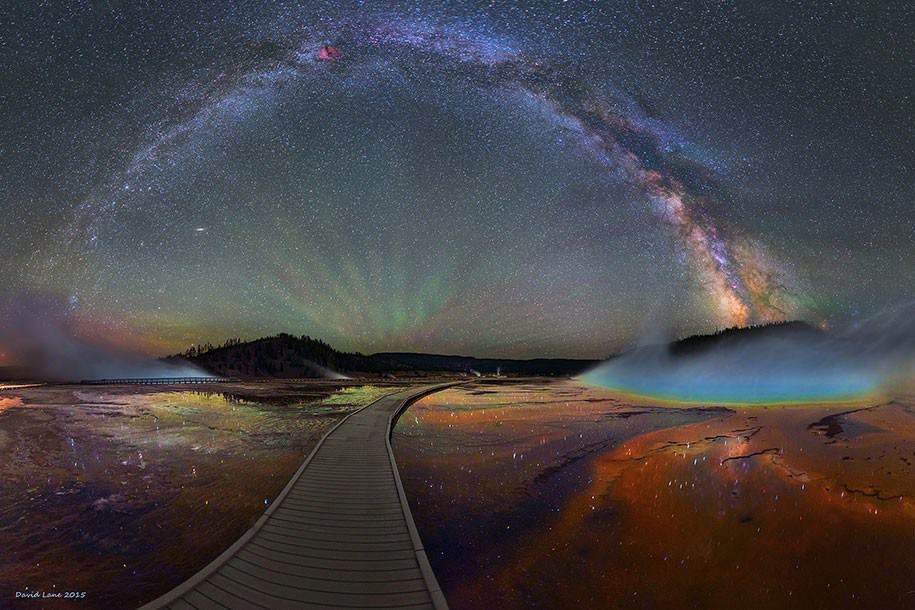