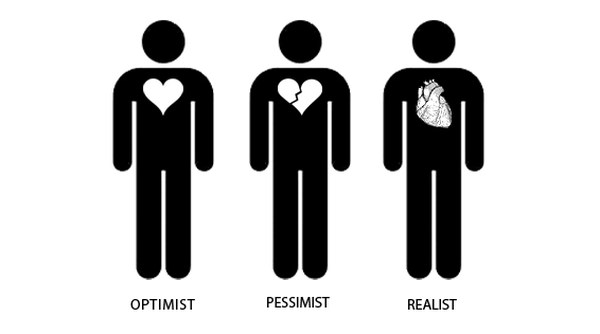 Is it better to be a realist or an optimist? The answer is: it depends. It depends on what you want out of life and what you believe is possible.

If you want to be successful, it’s usually better to be a realist. Realists are more likely to take action and make things happen. They’re also more likely to be realistic about their abilities and what they can achieve.

Optimists are good at dreaming and coming up with new ideas, but they may not be as good at taking action or making things happen.

It’s also important to remember that being a realist or an optimist is relative. No one is a complete realist or a complete optimist. Everybody has some moments of realism and optimism throughout the day.

Another factor that affects whether you should be an optimist or a realist is your age. People who are older tend to be more realistic because they’re better at planning and thinking ahead, according to some researchers.

This is probably because they have more life experience. Younger people are usually more optimistic about the future because they’re better at imagining new possibilities and making plans for the future.

A study of older adults found that they rated themselves as about equally optimistic or realistic, while young adults were far more likely to say that they were “realistic.”

So, what’s the bottom line? If you want to be successful, it’s usually better to be a realist. But if you’re young and you want to achieve your dreams, then being an optimist is the way to go. As long as you’re realistic about your abilities and what’s possible, optimism can be a powerful tool.