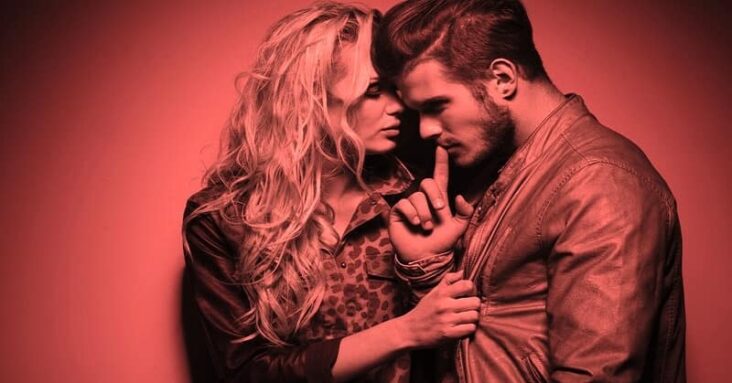 Why do so many people miss the first couple of red flags that are actually indicative of something bigger? When you’re new to dating, even the most obvious of red flags can be overlooked because you’re still getting to know each other’s behaviors.

Here are 10 big relationship red flags that show up very early on.

1) They are consistently critical of you.

They say things like, “You need to stop wearing clothes that are so revealing,” or “Maybe you shouldn’t talk to your friends as much.” If they don’t like who you are and are trying to change your behaviour, the relationship will never work because you won’t be able to be yourself. Making you feel bad about yourself is the first sign that you should cut your losses and run!

2) They don’t care about your feelings.

They let you know that they don’t want to go to a certain event, even though it’s really important to you, and they never offer up any kind of apology or explanation as to why. In addition to being selfish, people who can’t be bothered with considering where you stand will always put themselves first, no matter what. If you do eventually try to make plans with them, they’ll always have an excuse not to come out with you.

3) They’re quick to jump to conclusions.

They talk to you about a certain friend and say things like, “I think she’s flirting with me,” or accuse you of not being supportive enough when they don’t know the full story. People who make a lot of assumptions usually do so because they want one thing: something to use against you. They’ll always be looking for a reason to be jealous or angry. If you find yourself in this kind of relationship, break it off before they have ammunition to use against you later on.

4) They don’t believe in compromise.

They let you know that if they have an opinion about something, the discussion is over. It doesn’t matter what your standpoint is when it comes to plans. If they get their way, that’s all that matters. This is a sign of an individual who thinks you should be grateful just to have them in your life and will walk all over you once things get serious.

You’re out for a nice time with a group of friends when they let you know that if their phone rings, they’re going to answer it. If you were the one who was left out of an event because your partner wanted to go out with someone else, this is a behavior red flag as well. You don’t need anyone telling you when and where you can hang out with friends.

6) They make you feel guilty for hanging out with friends.

You’re trying to catch up on the phone with someone when your soon-to-be significant other texts you to say they miss you and that you should get off the phone ASAP. This is an act of low self-esteem because they want all of your attention right then and there, but it sets off a red flag because they know you have other obligations.

7) They make you feel guilty for doing your own thing.

You want to go see a movie by yourself and when they find out, they let you know that it’s weird. If you have different opinions on where or what to do with your time, they’ll always have a reason why you should do what they want. Nobody needs someone in their life who tries to control every aspect of it.

8) They find reasons to be angry with you.

They ask if your friends are coming over tonight and when you let them know that one is, but not the other, they make it seem like you purposely did something to upset them. If your partner is disagreeable all the time, even if nothing has happened that they should be mad about, it means they are creating ways to pick fights with you. That’s not the way a healthy relationship functions.

9) They’re jealous of other people in your life.

They bad mouth your family or friends and make it seem like they’re keeping you from reaching your full potential. If they do this, chances are it’s because they know that if you spend time with other people, you won’t be spending as much time with them. People who put down the people closest to you don’t see anything wrong with their actions because to them, your life should revolve around them.

They do things at their convenience instead of checking in with you to see what yours are. This is the narcissism rearing its ugly head again, and it means they care more about themselves than anyone else. If this is how they show you they care, it’s safe to say that down the road, they won’t be looking out for your best interests.

Keep in mind that red flags are just indications of what might happen in the future if you continue on with someone whose actions don’t align with your values or goals. They’re not judgments about who this person is right now, but what kind of person this is turning them into.

If you find yourself in the middle of a situation in which your partner displays these kinds of behaviors, it might be time to take a step back and ask yourself if this is really someone’s who’s going to love you the way that you deserve to be loved. It’s hard to navigate the dating world, but when you can go out and find yourself a partner who has their life together and is ready to give you the love and attention you deserve, it makes it all worth it.