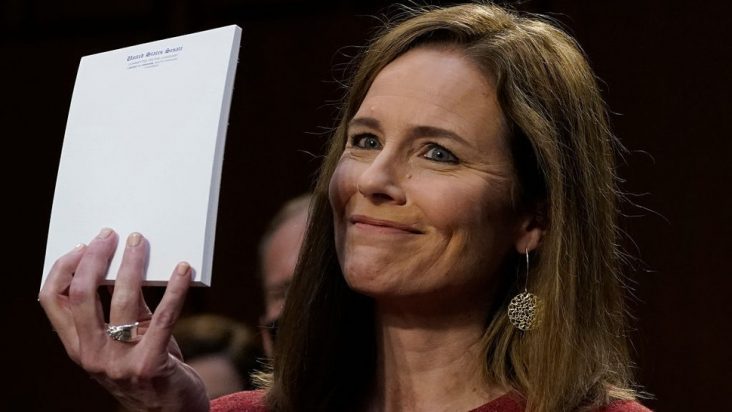 None of the Democrats on the Senate Judiciary Committee attended the planned committee vote on whether or not to send Trump’s Supreme Court nominee Judge Amy Coney Barrett’s nomination to the full Senate on Thursday.

The rules say that at least two members of the minority party must be present to have a quorum, according to The Daily Wire.

However, instead of showing up, Democrats on the panel put pictures of individuals relying on the Affordable Care Act in their chairs.

During a segment on “Fox and Friends,” Graham said, “Under the committee rules, you need two members of the minority to conduct business.”

“But they’re intentionally denying us that participation. They’re boycotting the Committee. So what I will do as chairman there will be a majority of the committee present. We will waive that rule. We will report Judge Barrett out. She will go to the floor. And hopefully by Monday or Tuesday she will be on the court.”

“We will not grant this process any further legitimacy by participating in a committee markup of this nomination just twelve days before the culmination of an election that is already underway,” Schumer and the rest of the Judiciary Committee Democrats said in a statement announcing the boycott.

“Republicans broke the promises they made and rules they created when they blocked Merrick Garland’s nomination for eight months under President Obama. Then, Senate Majority Leader Mitch McConnell, R-Ky., said that ‘the American people should have a voice in the selection of their next Supreme Court justice,'” the statement also said.

“Now, Republicans have moved at breakneck speed to jam through this nominee, ignoring her troubling record and unprecedented evasions, and breaking longstanding committee rules to set tomorrow’s vote.”