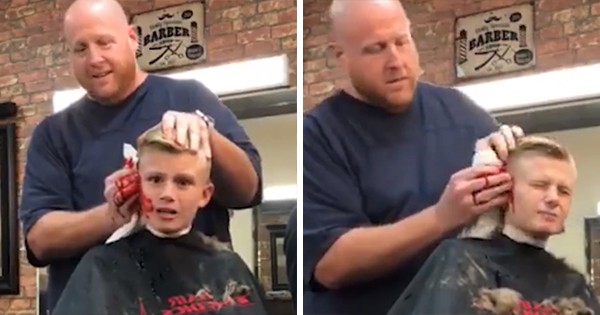 A kid named Vito pulled a prank on Jude Sannicandro, his barber, with a fake cockroach cheekily placed on his counter. Since then, Jude has been thinking of a way to get sweet revenge on the kid for getting him.

One month after the prank, Jude planned the perfect way get Vito back. And boy, was it brilliant!

With a latex ear, fake blood, and permission from Vito’s parents, Jude pulled off a brilliant prank that trumps the youngster’s one by a mile.

Watch the hilarious video below:

Props to this brave kid, who didn’t lose his marbles even after seeing that much blood and even watching his ear fall to the floor!