When the photo of 101-year-old Rosa Camfield and her 2-week-old great-granddaughter Kaylee Rowland, first posted on Facebook, found its way to the Life of Dad social network, co-founder Patrick Quinn was shocked by the overwhelming response it generated.

“People were really drawn to the image for reasons we didn’t foresee,” he told The Huffington Post. “They thought of all of the things this woman has seen and lived through in her lifetime and imagined how her experiences will shape the life of the baby just starting her own journey.”

Sarah Hamm, Kaylee’s mother and Rosa’s granddaughter, was also pleased with the response triggered by the photo she took.

Sadly, it was to be the last photo ever taken of Grandma Rosa, who died on March 30, just days after the photo went viral. 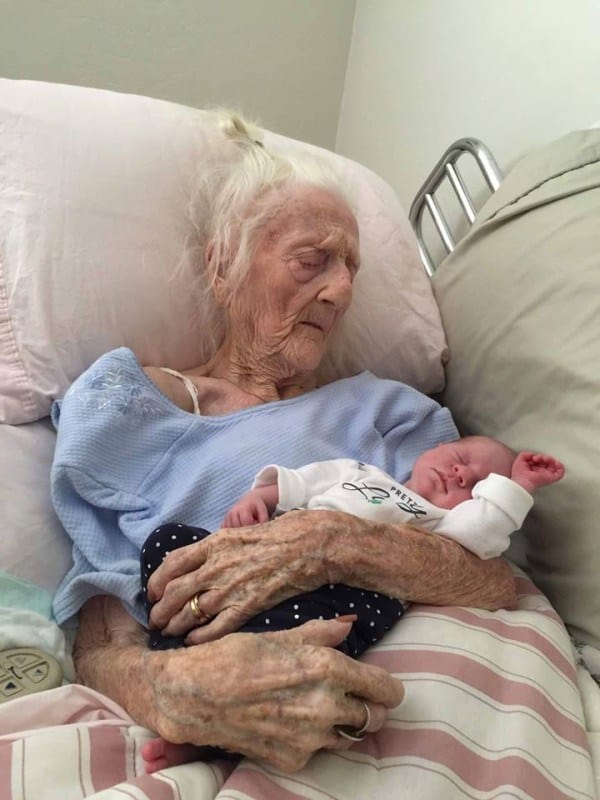 “She passed away last night, so this was very bittersweet,” Hamm said.

Currently, the photo has garnered a whopping 2.5 million likes and over 77,000 shares on Facebook.

Even more amazing is how other users have started sharing photos of their loved ones as well – some with even larger age gaps than Grandma Rosa and Kaylee’s 101-year difference. 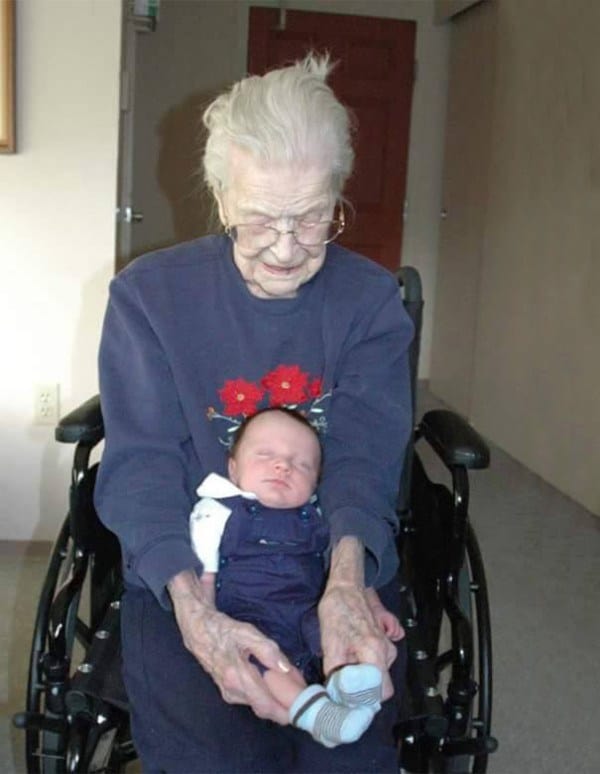 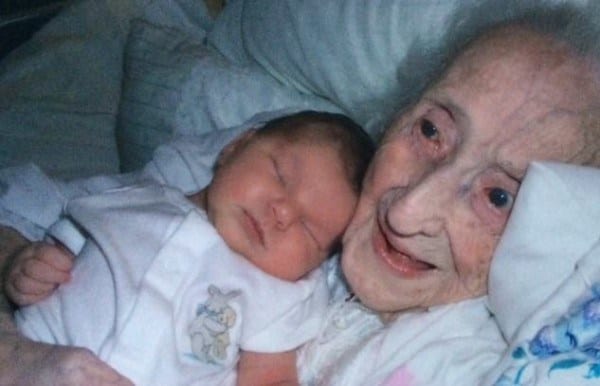 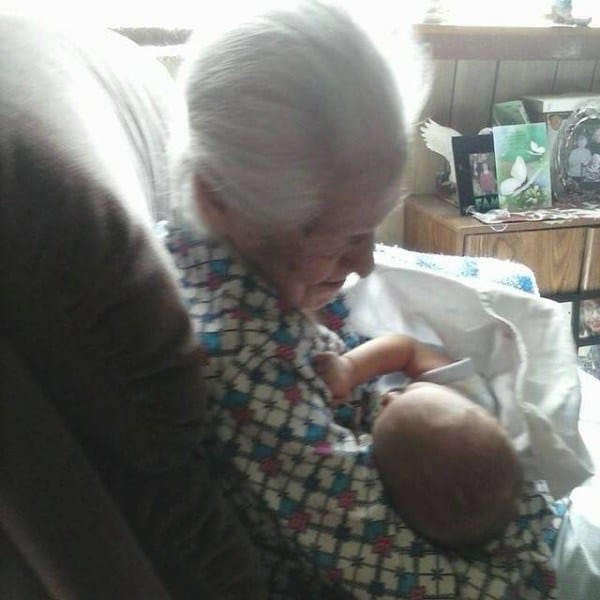 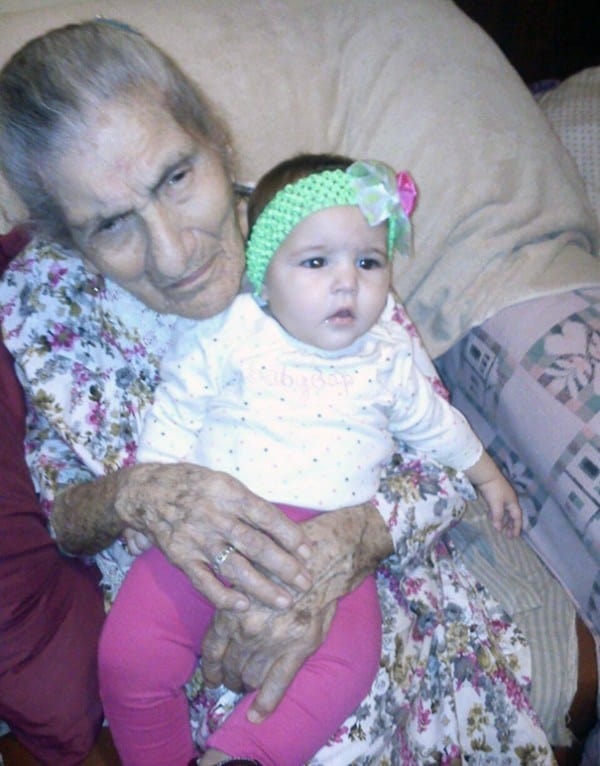 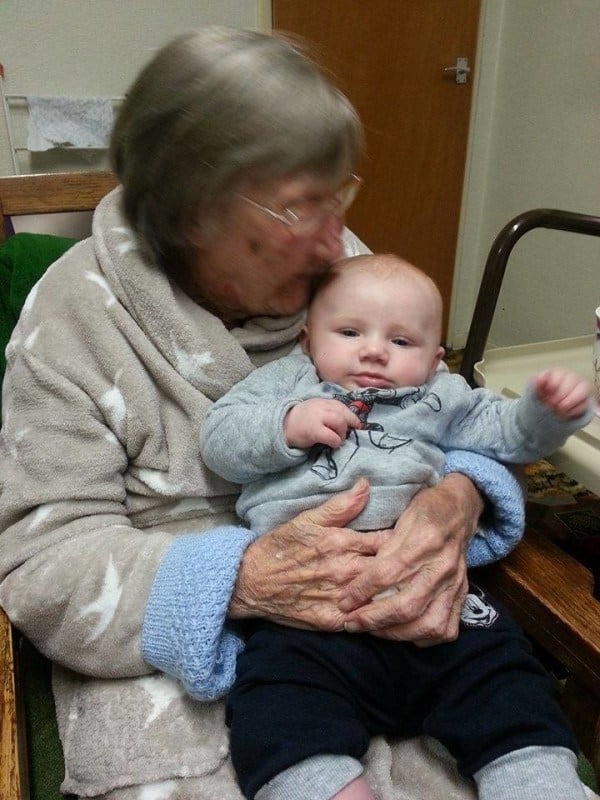 Hamm thinks the response to her photo is really sweet.