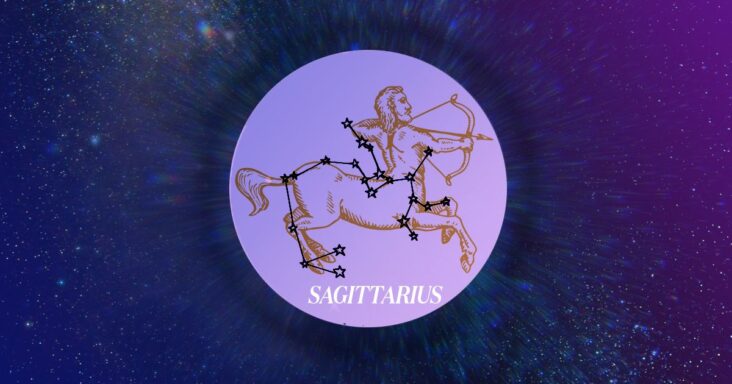 Sagittarius men are some of the most interesting people in the zodiac. They’re always on the go, and they love to explore new things. They’re also very honest and open-minded, which can make them great partners in love. Here’s the lowdown on everything you should know about dating a Sagittarius man.

Sagittarius men are primarily defined by their extroverted personality. They are heavily characterized through their cheerful, optimistic outlook on life, and easy-going natures. This sign likes to indulge in all worldly pleasures freely, without dwelling too much on the consequences of any one action. People are drawn to the Sagittarius man because of his free-spirit, which can usually be seen by his general lack of inhibition when it comes to talking, dressing and acting in any way he chooses.

The most prominent trait in a Sagittarius is his curious nature. Men of this sign are eager for new experiences, but they prefer to completely immerse themselves in those experiences before making a judgement call on them. Once they’ve done this, Sagittarius men are usually able to show considerable insight into the world around them.

The Sagittarius man is very honest with his intentions, which isn’t always an admirable trait. This sign has no problem telling you that he doesn’t want to be in a committed relationship, and that he has no plans of settling down anytime soon. While this may hurt if you’re looking for a serious commitment from him, it’s also one of the Sagittarius man traits that makes him so charming. No one wants to waste their time chasing after someone who isn’t interested in them!

Sagittarius men like to think that they are invincible beings. They tend not to take many things seriously, and can be oblivious towards warning signs that something might not go exactly as planned. Sagittarius men have a strong ‘live for the moment’ mentality which means they don’t usually bother with getting bogged down by endless worrying. This makes them a great partner to have when you’re planning a fun day out, but not so much if you need help dealing with serious or stressful situations.

Sagittarius men are known to be dreamers and they live their lives by the motto ‘anything is possible’. These signs love traveling and exploring new places, which can make them more susceptible to temptation. Sagittarius men are generally honest and loyal, but they can sometimes get distracted by the thought of an exciting new love interest on the horizon.

The Sagittarius man has very high standards when it comes to choosing a woman, so if you’re looking for Mr Right, you’ll have to be patient with him no matter how long it takes. This sign enjoys trying out different things and meeting new people, so once he’s made up his mind about you, he’ll make a commitment and stick with it.

Sagittarius man in love and relationships

Sagittarius men are adventurous, but they also make more than capable partners. A Sagittarius man in love tends to be very loyal and affectionate toward the woman he cares for, often showering her with gifts and compliments. This sign likes to show his affections in a tangible way, so he’ll plan romantic getaways or surprise you with the perfect present on your birthday.

The Sagittarius man has an easy-going attitude which is attractive to most women. He enjoys socializing and meeting new people, so he won’t have a problem introducing you to his friends. In general, the Sagittarius man is up for trying just about anything.

They are playful and outgoing by nature, which means they are more than capable of romancing the woman they’re interested in.

Sagittarius men are known for having wandering eyes. If you want to keep him close by, you may have to fight for his attention. The Sagittarius man is very curious and he can be tempted by new people and experiences – this can be a problem during the early phases of the relationship while you’re dating. But once you’re in a relationship together and have developed a strong bond, he will stay committed.

The Sagittarius man is an adventurous one, so sometimes he may ‘disappear’ without warning. This sign is very independent and needs to feel like he has space to do what he wants. If you’re looking for a man who will be a homebody, then the Sagittarius man may not be for you.

How to attract a Sagittarius man

What NOT to do when dating a Sagittarius man

Sagittarius men are one of the most interesting signs in the zodiac. They are always up for trying new things, which can make them a lot of fun to be around. They also have an optimistic outlook on life, which is refreshing. However, the Sagittarius man can also be reckless and stubborn, which can lead to problems in relationships. If you’re looking for a partner who is loyal and affectionate, then the Sagittarius man may be a good match for you. Just make sure you give him enough space and don’t try to change his independent ways. Enjoy all that he has to offer – the good and the bad!

Signs that a Sagittarius man has feelings for you

Actions speak louder than words, and this couldn’t be more true with a Sagittarius man. These are some of the signs that he probably has feelings for you:

What to do if a Sagittarius man pulls away

Sagittarius men can be fickle and sometimes they may pull away without warning. If this happens, here are a few things you can do to try and win him back: