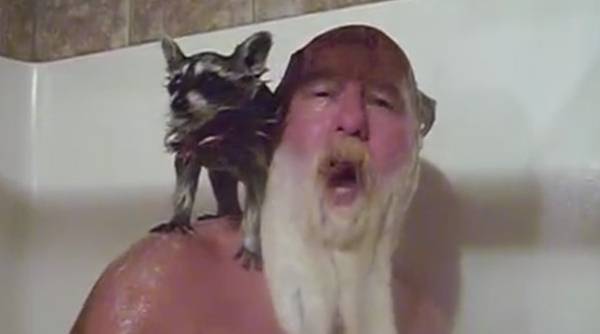 A Tennessee man has said he will be running for governor in the Republican primary after the state took his pet raccoon captive and has refused to give it back.

Mark Brown, also known as ‘Coonrippy’, is a 56 year old thas has a strong friendship with a raccoon called ‘Rebekah’. Videos of the santa look-alike man and his pet raccoon have gone viral, most famous of all being the ‘shower’ video, showing Brown with his pet on his shoulder while a Hannah Montana song plays in the background:

However, this friendship was not to last forever. In August 2013, Rebekah was accused of attacking chickens at a local high school and was consequently seized by the Tennessee Wildlife Resources Agency. Brown is committed to getting his raccoon back, and after failing to get his petition accepted by the state governer despite having over 60,000 signatures, has now said that he intends to run for office himself.