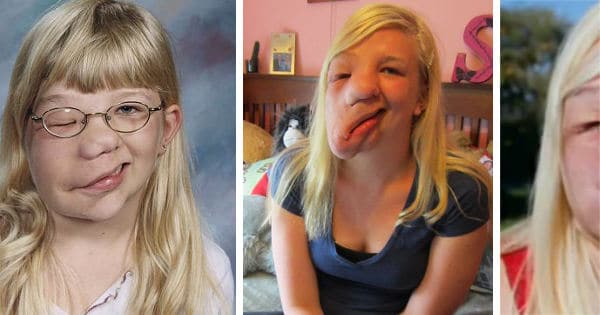 Sarah Atwell, 17, from Nova Scotia, Canada, was diagnosed with neurofibromatosis when she was just 8 months old. The genetic condition caused a large tumor to grow on the right side of her face.

As she grew, so did Sarah’s tumor: “It grew with me. In my right ear, it’s kinda hard to hear sometimes, because it pulls everything down. My right eye is just a blur.”

Sarah was badly bullied throughout her whole life because of her looks, but refused to let cruel remarks get her down — she was determined to live a healthy, happy life.

“Almost every day at school sucks,” admits Sarah, “My class photo keeps going missing. Someone takes it. I don’t know why, and it hurts. There’s some kids that call me names and threaten to kill me.”

In 2012, Sarah posted a video to Facebook to vent her feelings, but its impact would change her life forever.

In a series of cards held up to the camera, Sarah explains, “I have a tumor, that’s all. I wish people could understand there is nothing wrong with me.”

“I get called names all the time, bitch, slut, fat face, ugly — it hurts.”

“Maybe one day the bullying will stop, but until then I’m going to be strong.”

The day after she shared her heartbreaking story, Sarah had thousands of messages from people offering support and words of kindness.

And the viral video attracted the attention of a producer from the Discovery channel, who started a documentary about Sarah’s life and promised to help her.

In the documentary, and with Discovery’s help, Sarah is offered life-changing surgery to remove the tumor from her face and restructure her features.

It was a serious procedure, with a high risk of blood loss, as surgeons removed large amounts of tissue and attempted to rebuild Sarah’s face without destroying delicate nerve fiber.

Surgeon Dr Morris said that Sarah’s case was an extreme one: “When she first came to see me, the lesion really occupied the whole of her right face — it was growing all around her eye.”

After hours in surgery and weeks recovering, Sarah could hardly believe what she saw in the mirror.

“I was pretty happy, because I had straight lips. I kept looking in the mirror and taking pictures of myself. My mom and neighbors were shocked.”

“We sent my dad pictures and he was really happy. He said as long as I’m happy, he’s happy.” 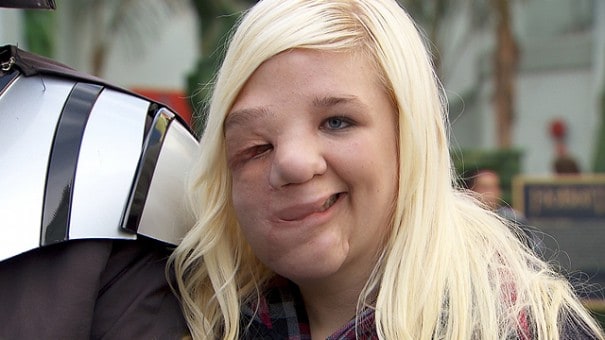 Sarah still has some more procedures planned, such as “de-bulking” the tumor around her eye and reshaping the eye socket, but the most significant work has been done.

And Sarah is looking to the future, hoping to use her experiences to help others.

“If I could stand up to bullying, and if another kid who was bullied sees me and thinks they can talk to some and stand up for themselves, then I have helped,” she says. 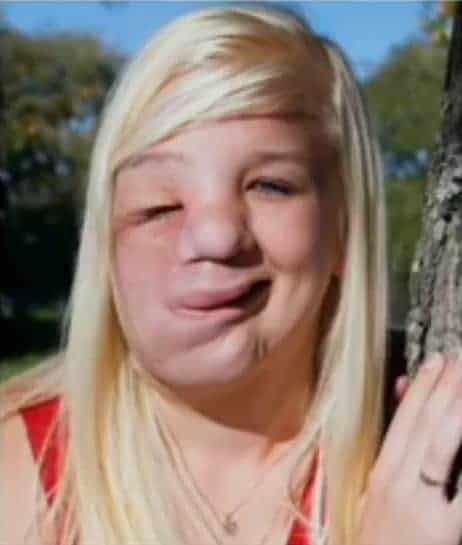 What an incredible young woman.