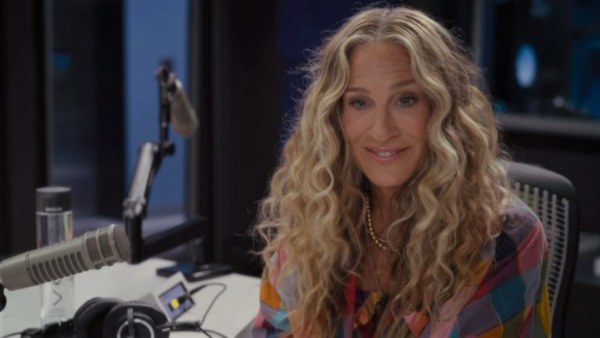 The cast of And Just Like That…, including Sarah Jessica Parker and Sara Ramirez, have been teasing the start of the second season’s filming.

Parker posted a picture of the script’s title page from the table read of the first episode of Season 2 on Wednesday, September 21. “Just this much. For now. X, SJ,”  she captioned the picture on Instagram, which also had the episode’s title crossed out.

Similar images of the first two episodes of the second season’s cover pages were shared by Ramrez on her Instagram feed. Along with Ramrez’s name card and the name of her character, Che, the image also featured a notebook marked “HBO Max Social Media Guidelines.”

Evan Handler, who portrays Harry in the popular television series, also posted images of his name badge and the entrance to Silvercup Studios, where the table read was taking place, on his social media accounts. The wardrobe crew also managed to get a photo of Handler putting on a new suit for the forthcoming second season.

The Darren Star television series Sex and the City was revived and followed by And Just Like That…, which debuted on December 9, 2021. The actors, who all reprised their roles from the first series, including Parker, Cynthia Nixon, Kristin Davis, Handler, Mario Cantone, David Eigenberg, and Willie Garson. It takes place 11 years after the events of the 2010 film Sex and the City 2. John Corbett will make a comeback in Aidan Shaw’s second season.

The program got revived for a second season early this year, even though it was first advertised as a miniseries. Executive producer Michael Patrick King stated, “I am delighted and excited to tell more stories about these vibrant, bold characters – played by these powerful, amazing actors. The fact is, we’re all thrilled. And Just Like That… our Sex life is back.”