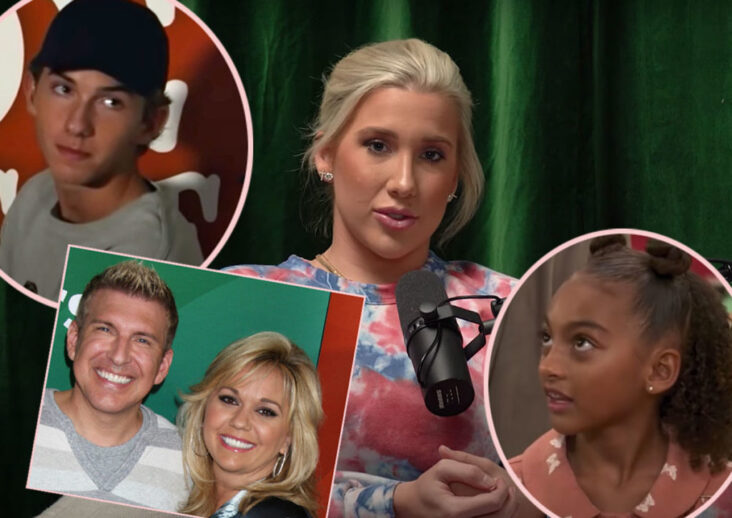 Savannah Chrisley is preparing to take custody of two of her young relatives since her parents are going to prison to serve time.

The “Growing Up Chrisley” alum discussed the dramatic upheaval in her life on Monday’s edition of the “Unlocked” podcast, which was released only a few hours before Todd and Julie learned of their sentencing.

She expresses anxiety about the outcome of the court proceedings and indicates she will have custody of her 16-year-old brother Grayson and 10-year-old niece Chloe.

Savannah becomes upset, seeing it as one of the most painful aspects of this legal struggle, but she says she’s willing to take them on for their first Thanksgiving away from Todd and Julie.

The podcast was aired before the sentencing, and it turns out that the Chrisleys are not obliged to begin serving their sentences until January.

Todd received 12 years in jail after being convicted of bank fraud and tax evasion, while Julie received 7, and both received six months of probation.

Kyle, Chloe’s father, has suffered from heroin addiction for many years. Todd and Julie gained custody of her in 2016, so Savannah will also look after Chloe.