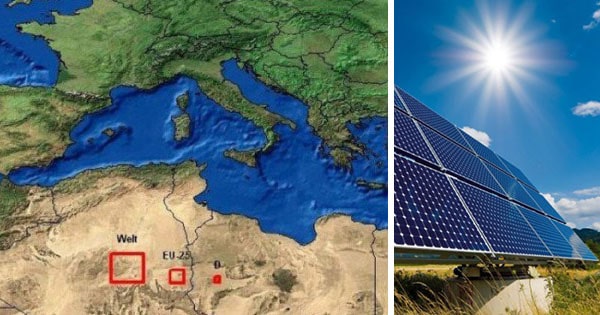 There is no doubt that we are in the midst of an energy crisis. 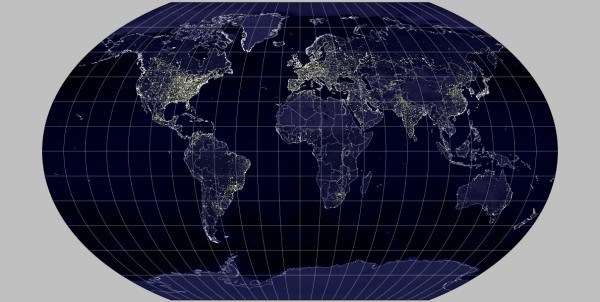 As the world’s population rises, the planet’s resources are dwindling at an ever increasing rate. 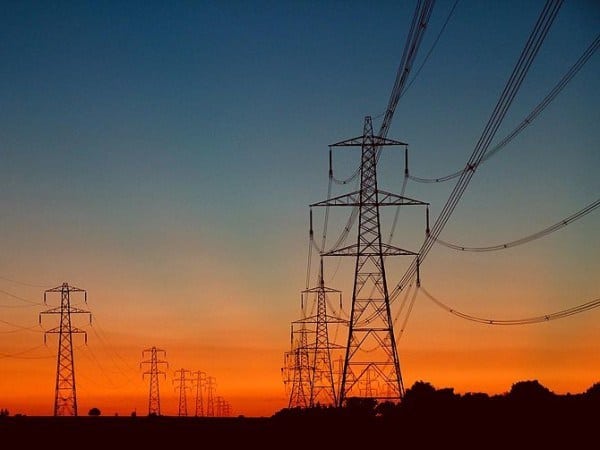 It might be high time, therefore, to literally look towards the heavens for new energy sources. Such is the premise of a thesis written by Nadine May for the Technical University of Braunschweig, Germany.

In a nutshell, the research argues that placing solar panels in a small area in North Africa could provide the whole world with all the power that it needs. 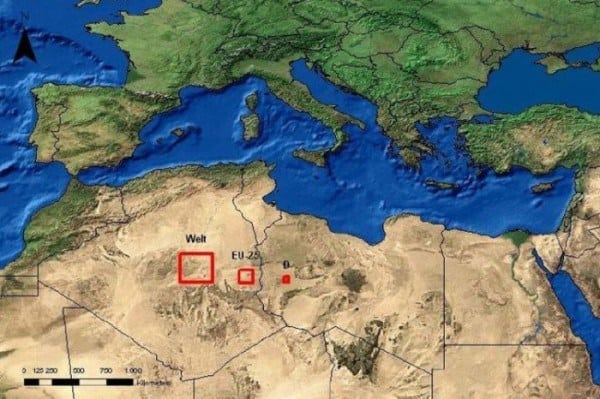 The three red boxes that you see represent the area needed to meet the demand for solar energy for Germany (D), the entire continent of Europe (EU-25) and the whole world (welt).

The earth receives a colossal amount of power from the sun every day (84 Terawatts to be precise), so the idea is entirely feasible.

Of course, cables and equipment would be needed to harvest solar energy, and these would invariably have some ecological impact on the area. However, any environmental repercussions would be on a much lower scale than those caused by conventional energy plants.

“From an ecological point of view, nothing is opposed to the expansion of solar thermal energy in North Africa and a transmission of the generated solar electricity to Europe,” May concludes in her thesis. 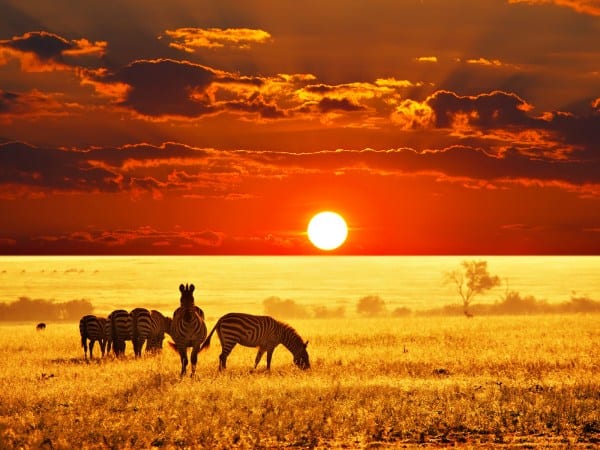 The thesis was published back in 2005. It is worth mentioning that in the past 10 years, the technology to harness solar energy and other sources of renewable energy has vastly improved. 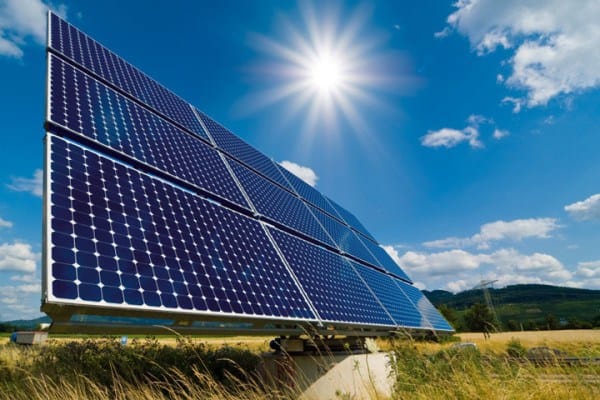 From Quarks to Quasars

Unfortunately, the majority of governments seem to be unjustly wary of solar and renewable energy sources, which is why conventional energy sources are still the norm.

However, an encouraging ‘green revolution’ is gaining momentum with people all over the world privately installing solar panels on their properties.

So here’s hoping that solar energy will become mainstream in this lifetime. 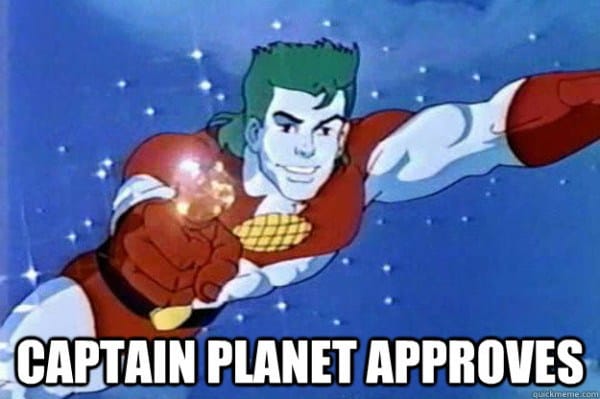