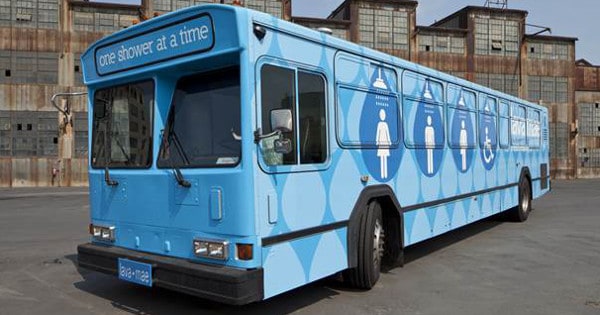 US non-profit organization Lava Mae is transforming old city buses into mobile bathrooms to give showers to around 200 homeless people in San Francisco every week.

Lava Mae, which roughly translates as Spanish for “wash me,” has installed ‘hygiene pods’ with showers, toilets, sinks and hair dryers in the decommissioned buses.

They park near homeless shelters, channel water from fire hydrants through their on-board water heaters and offer people a chance to scrub up. 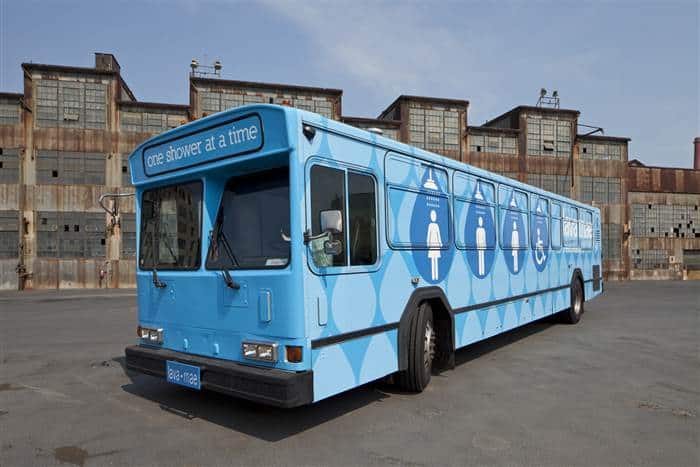 Founder Doniece Sandoval was inspired to create the service after passing a homeless woman in San Francisco repeating to herself, “I can’t get clean.”

Doniece researched public shower facilities in the city and found just 16 for the estimated 3,500 people sleeping rough each night.

She then challenged herself to go one week without a shower to really empathize with how homeless people felt.

She told TODAY, “It gave me a sole sense of how hard and demoralizing it is to be dirty.” 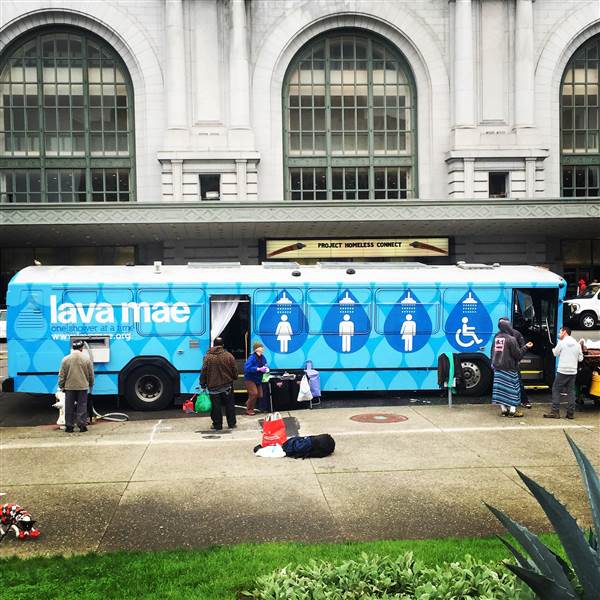 She added, “You can’t overcome adversity if you don’t have dignity and a sense of self.”

“I started to ask myself, if you can put gourmet food on wheels and take it anywhere, why not have mobile showers and toilets?”

Bobby, who uses Lava Mae’s service regularly, said in a video, “It was clean, it was quiet, it was personal. People were courteous, they were kind, and I feel brand new.” 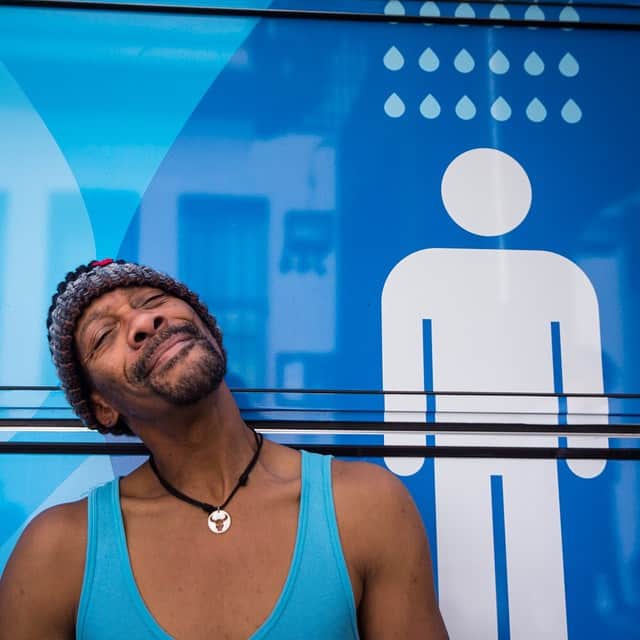 Lava Mae currently have two buses donated by the city with a third on the way in 2016.

They hope to create a way for others to mimic their success, says Doniece: “What we need to do is create an open-source toolkit for people to follow what we do A-Z.”

“If we can minimize the amount of time people have to run from place to place to get essential services, we’ll be able to help the problem better.”

Watch Bobby talk about his first shower below: