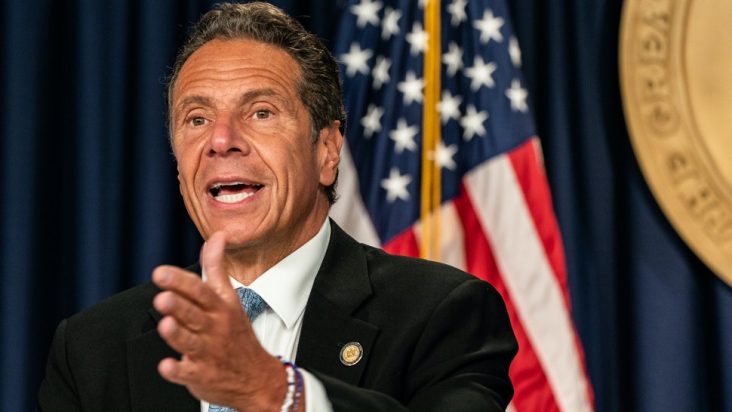 New York Governor Andrew Cuomo on Wednesday responded to President Trump with a veiled threat on his safety if he returns to New York City.

An incensed Cuomo made the statement in reaction to the news that Trump is looking to pull federal funds from “lawless” cities including New York.

Cuomo called an emergency press briefing within half an hour of the news update. He immediately attacked President Trump for the order, which called out New York’s rising murder rate and defunding of the NYPD.

In the briefing, Cuomo said, “He better have an army if he thinks he’s gonna walk down the street in New York. New Yorkers don’t want to have anything to do with him,”

Cuomo, who like Trump hails from Queens, wasn’t done. He said, “He can’t have enough bodyguards to walk through New York City, people don’t want to have anything to do with him.”

Cuomo said he doubts the legality of Trump’s five-page memo ordering a review of federal funds that can be redirected from New York City, Portland, Seattle and Washington, DC.

Cuomo continued, “I think it’s because he is from New York City and New York City rejected him, always. He was dismissed as a clown in New York City, those who know him best, like him least.”

“He was disrespected in New York City. Nobody took him seriously and he was just a tabloid cartoon.”

Cuomo also argued that it was Trump’s “negligence” that led to New York state having the highest COVID-19 death toll.

“My comment about the president and bodyguards in New York City, all I’m saying is that he is persona non grata in New York City. And I think he knows that. And he’ll never come back to New York, because New Yorkers will never forget how gratuitously mean he has been to New Yorkers and how many times he’s tried to kill the city that gave him his start and birthed him. That’s what I meant about the bodyguards,” Cuomo explained.