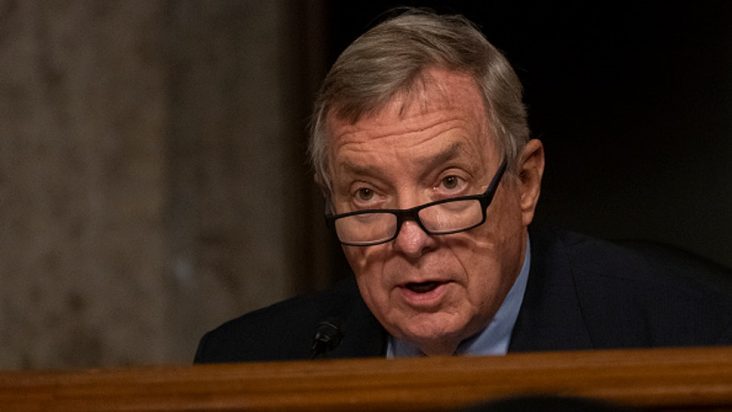 "We can slow it down perhaps a matter of hours, maybe days at the most..."

Senator Dick Durbin said that Democrats can only  “slow” down the confirmation of Supreme Court nominee Judge Amy Coney Barrett, but they will not be able to stop it.

Speaking on ABC’s “This Week,” Durbin said the Democrats do not have a “silver bullet” to take out Barrett.

Durbin told George Stephanopoulos, “We can slow it down perhaps a matter of hours, maybe days at the most, but we can’t stop the outcome.”

He added, “Now we’re going hellbent on getting this done before the election. And the second thing, of course, he reversed the position he took four years ago saying we should wait for the next president to fill the vacancy.”

The senator also argued, “I certainly wish she would; it would really help matters and it would evidence the fact that she wants to be fair in addressing this. To think that [Trump] would not accept the verdict of the election, and that he would make it clear that he’s filling this vacancy on the Supreme Court to make sure it tips his way if there’s any election contest, that is an outrage.”