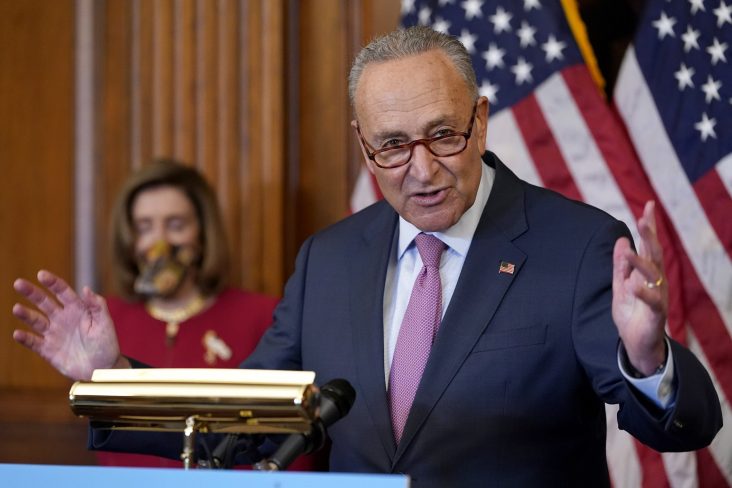 The legislation covers the much-anticipated $1,400 stimulus checks, $300-per-week jobless benefits through the summer, a child allowance of up to $3,600 for one year, $350 billion for state aid, $34 billion to expand Affordable Care Act subsidies and $14 billion for vaccine distribution.

Every Republican voted “no”, but after more than 24 hours of debate, the Senate voted 50-49 to approve the measure.  Republican Sen. Dan Sullivan of Alaska was absent because he was in Alaska for a family funeral.

The income cutoff was lowered after moderate Democrats demanded that the latest round of checks target lower-income families. In the meantime, federal unemployment benefits would be extended through Sept. 6 at the current rate of $300 per week and the first $10,200 of those benefits would be tax-free for households that earn $150,000 or less.

Before it can be signed by Biden, the legislation will have to be passed again by the House because the Senate made changes to its version. House Majority Leader Steny Hoyer  said the chamber would vote Tuesday on the Senate-passed legislation.