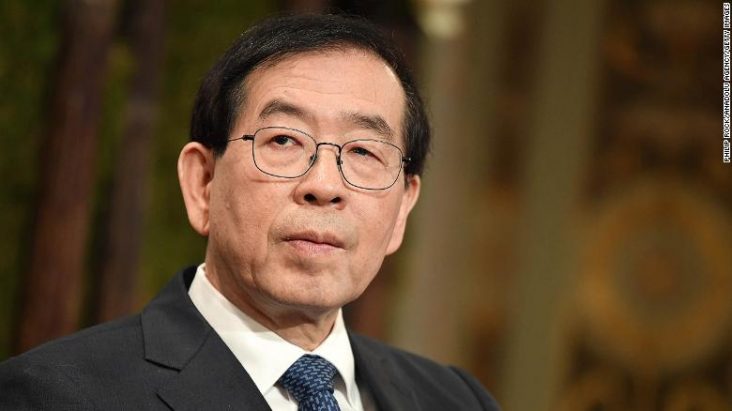 Seoul Mayor Park Won Soon has been found dead at a mountainside near the city's capital today.

Seoul City Mayor Park Won Soon has been found dead on a mountainside in the city’s Seongbuk-gu neighborhood before dawn on Friday.

The Seoul Metropolitan Police Agency said the mayor was found on Bukak mountain, in close proximity to his official residence in Jongno-gu, after a grueling seven-hour search.

Police did not disclose details about the mayor’s death, but investigators are not ruling out foul play. No suicide note was found on the scene or at his residence.

However, Park’s death comes shortly after local media reported allegations of sexual harassment against him.

Over 600 police officers, firefighters, and three rescue dogs spent seven hours scouring the city for the mayor. He was first reported missing by his daughter on Thursday evening. She said her father left a “will-like” message and his mobile phone could not be reached.

The 64-year-old former prosecutor was found by a rescue dog and identified by firefighters.

Mayor Park was a human rights lawyer and became an elected official in 2014. He was supposed to be in office until 2022 and is considered the second most powerful official in South Korea.

The mayor is being groomed as a possible presidential candidate.