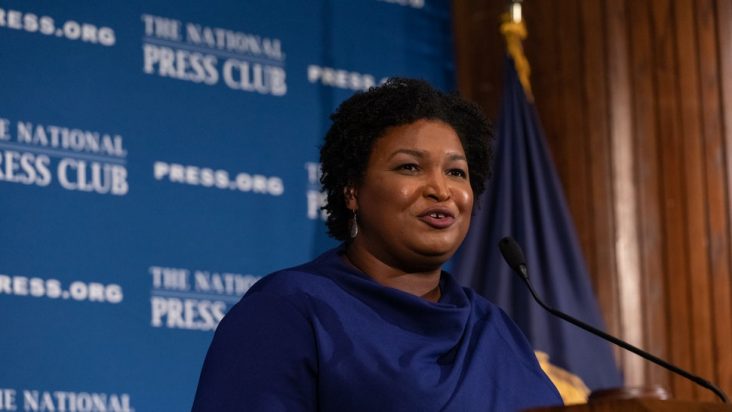 The New Georgia Project, a group led by Stacy Abrams, is under investigation by the Georgia Secretary of State amid concerns that some groups were “seeking to ‘aggressively’ register ‘ineligible, out-of-state, or deceased voters’ before the Jan. 5 Senate runoff election,” Fox News reported.

The New Georgia Project, America Votes, and Vote Forward are largely credited with putting Georgia in play for Democrats in the 2020 presidential election.

Georgia Secretary of State Brad Raffensperger has “issued warnings against efforts to register individuals who are ineligible to vote in Georgia’s runoff elections or to encourage people to come to Georgia with the sole purpose of casting ballots.”

“Raffensperger’s office on Wednesday said the investigations are into groups including America Votes, Vote Forward and The New Georgia Project — which was founded by Abrams and previously chaired by Democratic Senate candidate Raphael Warnock.”

Raffensperger’s statement said, “I have issued clear warnings several times to groups and individuals working to undermine the integrity of elections in Georgia through false and fraudulent registrations.The security of Georgia’s elections is of the utmost importance.”

According to The Daily Wire, Raffensperger said that claims have been made against several voter rights organizations and “I will investigate these claims thoroughly and take action against anyone attempting to undermine our elections.”

Those claims include attempts to register out-of-state voters — “telling college students in Georgia that they can change their residency to Georgia and then change it back after the election” — as well as deliberately sending absentee ballots to vacant addresses, to individuals known to be deceased, and to voters living in other cities.

The New Georgia Project, is said to be accused of “[soliciting] voters living out of state and people who have passed away.”

In one case, a “Fulton County resident” reported “receiving five postcards from The New Georgia Project soliciting a registration ‘for the same dead person.’”

The Georgia Secretary of State says there are more than 20 investigators on the case, tracking down at least 250 separate leads.