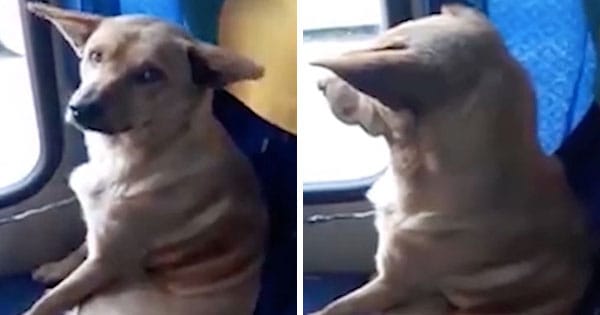 A driver named Christhian went viral after he allowed a shivering stray dog aboard his bus so that he could warm himself up.

In a video Christhian posted to Facebook, he explained that the four-legged passenger tried to slyly hop on board by walking behind a human passenger. 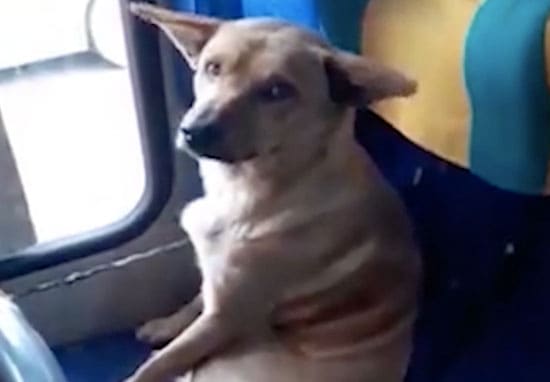 Thinking the pooch belonged to the man, the driver let him ride the bus. But upon later inspection, Christhian realized that the dog was, in fact, a stray.

The driver found the dog amusing, sitting up in the bus chair in an almost human-like position. Being an animal lover, Christhian let the dog stay and catch some z’s.

In the clip, Christhian says: “I do not care if people think the seats will get dirty, there are passengers who regularly dirty the seats and throw litter on the floor. However, the dog just sits there and enjoys the ride.”

“I am not going to take the dog off at the terminal either because we are so far from where it got on. It will get lost, so I am going to leave the dog here to sleep.” 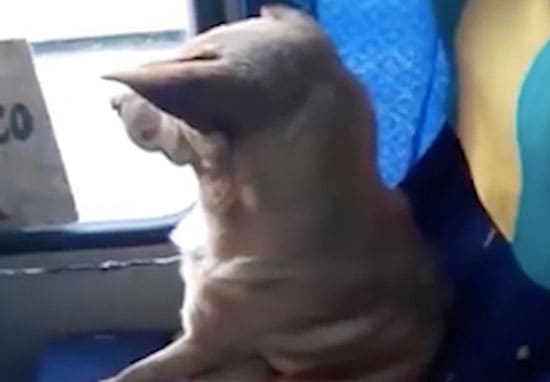 After the video garnered more than 85,000 shares on Facebook Christhian posted a thank you:

“I am the driver who made the video and a friend told me that it was shared here too. I want to thank you all for your nice comments.”

“I did it to make people aware that our pets are also a big part of our lives. They are our family and not just accessories. I do not know what else to say except thank you.”

Check out the adorable video below: