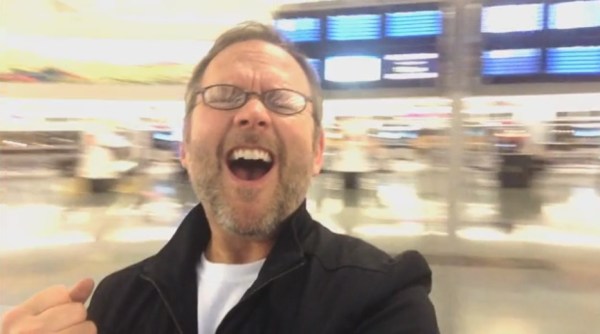 Richard Dunn found himself all alone at the McCarran International Airport in Las Vegas after accepting to take a later flight in exchange for some cash. After realising he had quite a few hours to kill, he did the next logical thing that came to mind: record himself lip syncing Celine Dion’s ‘All By Myself’ on his iPhone. The results are hilarious, and it just gets better and better the longer the video goes on.