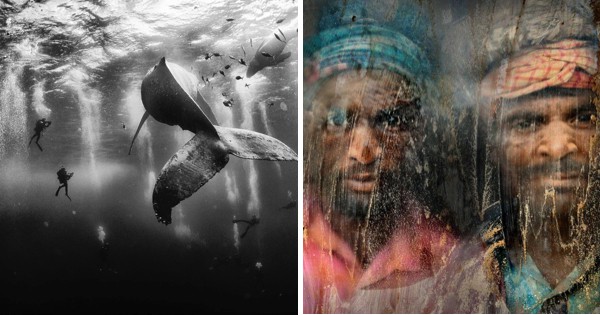 There is no photography competition that is quite as anticipated as the 2015 National Geographic Traveler Photo Contest.

This year’s winners were selected from more than 17,000 global entries in the categories Travel Portraits, Outdoor Scenes, Sense of Place, and Spontaneous Moments. 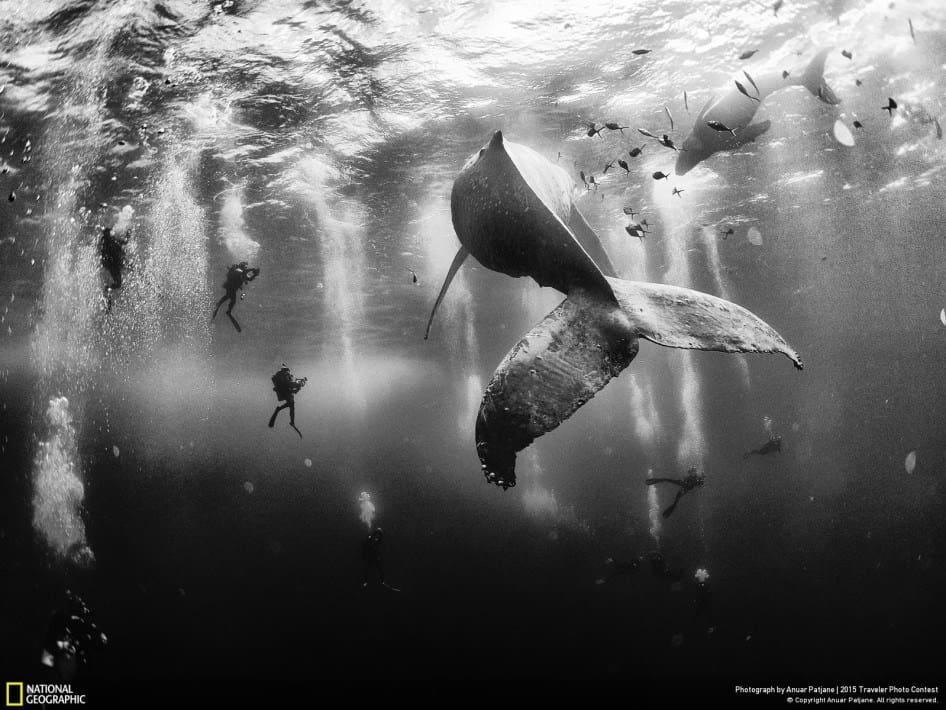 The stunning underwater shot shows divers swimming with a humpback whale near Roca Partida, an island off the western coast of Mexico. “The photo wasn’t planned,” said Floriuk, who hails from Tehuacán, Puebla, Mexico. “I was taking photos near the head of the whale, and all of a sudden she began to swim toward the rest of the diving team. The divers gave the whale and her calf space, and I just clicked at the moment when the flow and composition seemed right.”

The photographer’s prize is an eight-day National Geographic Photo Expedition to Costa Rica and the Panama Canal for two. 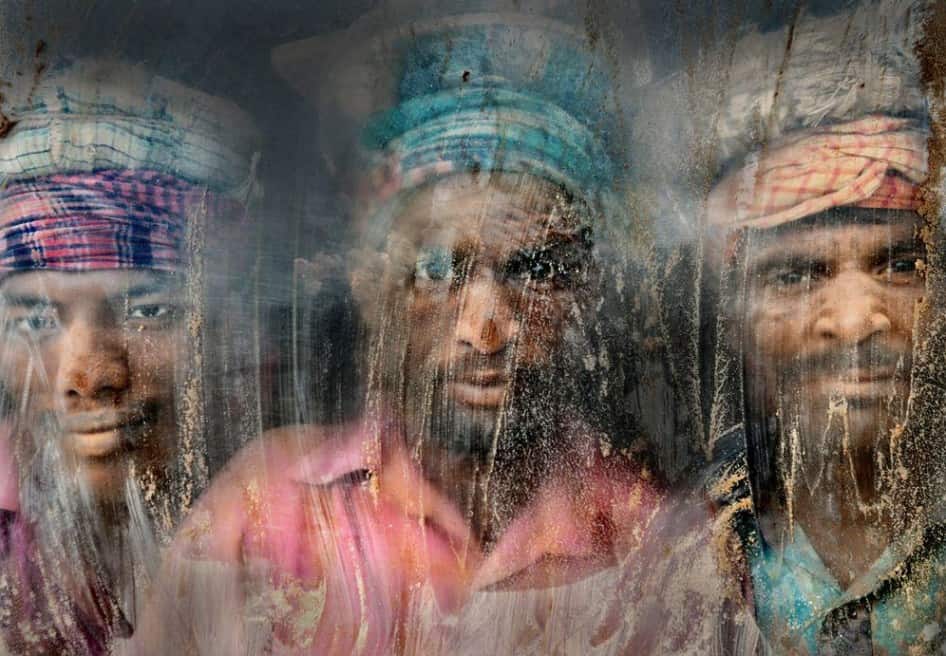 “[This] gravel-crush working place remains full of dust and sand. Three gravel workmen are looking through the window glass at their working place,” said Azim. The photo was taken in Chittagong, Bangladesh. 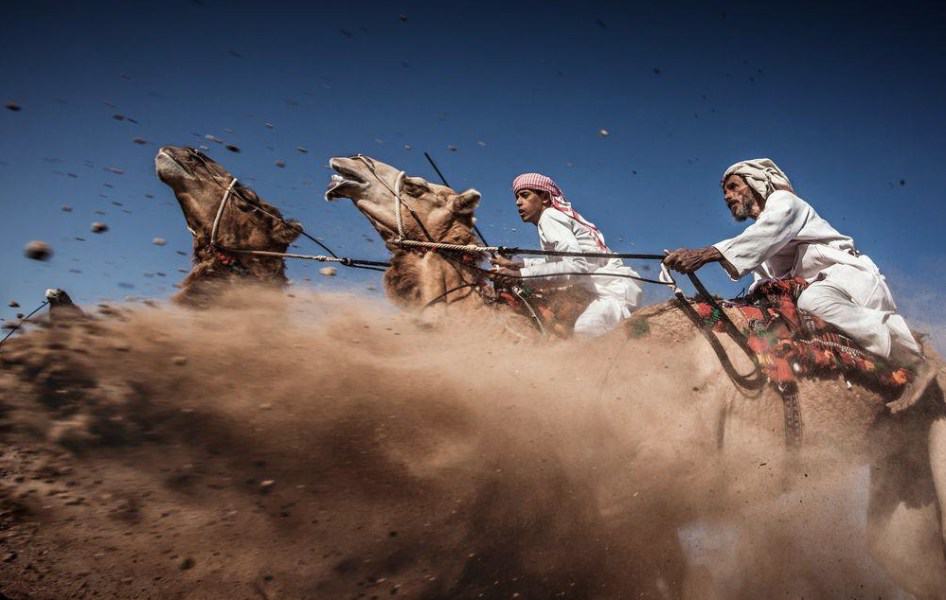 “Camel Ardah, as it called in Oman, is one of the traditional styles of camel racing… between two camels controlled by expert men. The faster camel is the loser… so they must be running [at] the same speed level in the same track. The main purpose of Ardah is to show the beauty and strength of the Arabian camels and the riders’ skills. Ardah [is] considered one of the most risky situations, since always the camels reactions are unpredictable [and] it may get wild and jump [toward the] audience.”

Merit: Sauna in the Sky, by Stefano Zardini. 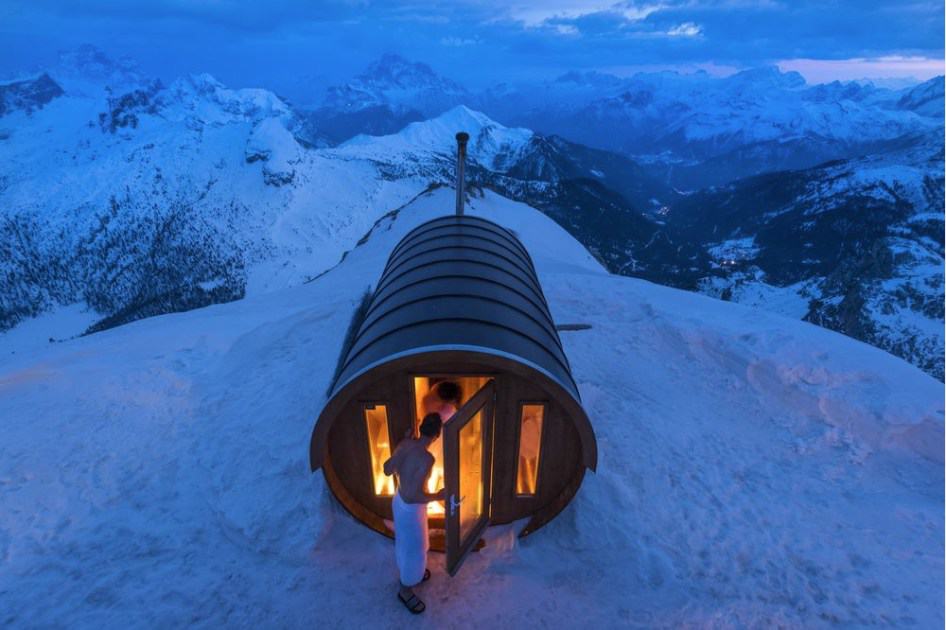 “A sauna at 2,800 meters high in the heart of Dolomites.” The photo was taken in Monte Lagazuoi, Cortina, eastern Italian Alps. 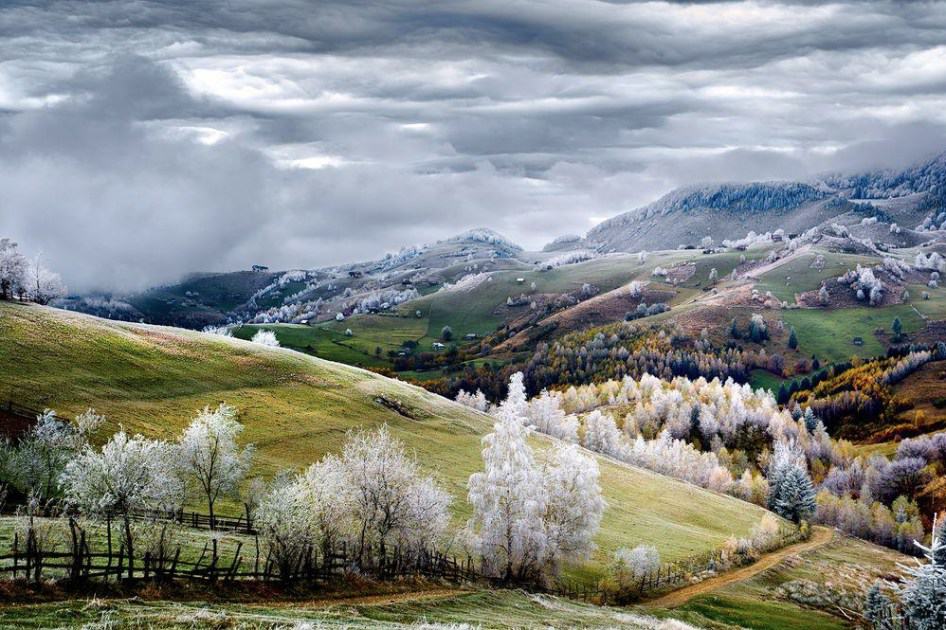 Merit: A Night at Deadvlei, by Beth McCarley. 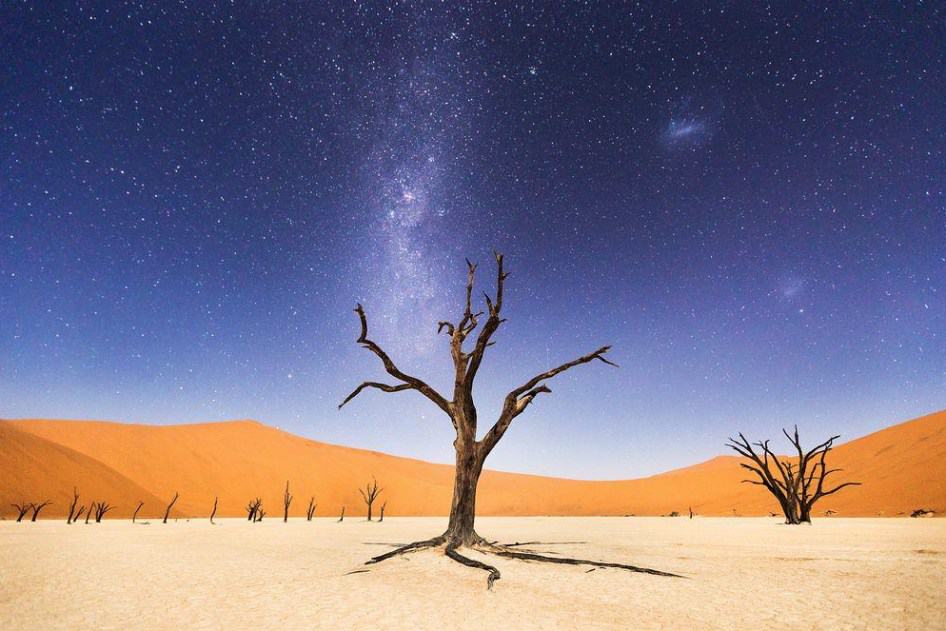 “The night before returning to Windhoek, we spent several hours at Deadveli. The moon was bright enough to illuminate the sand dunes in the distance, but the skies were still dark enough to clearly see the Milky Way and Magellanic Clouds. Deadveli means “dead marsh.” The camelthorn trees are believed to be about 900 years old but have not decomposed because the environment is so dry.” 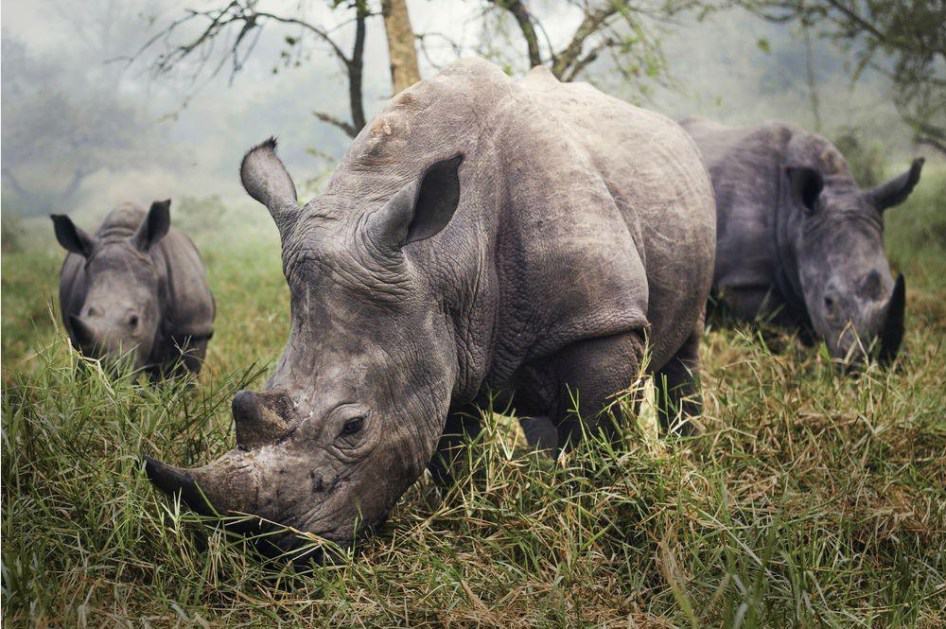 “The night before this photo, we tried all day to get a good photo of the endangered white rhino. Skulking through the grass carefully, trying to stay 30 feet away to be safe, didn’t provide me the photo I was hoping for. In the morning, however, I woke up to all three rhinos grazing in front of me.” The photo was taken in Ziwa Rhino Sanctuary, Uganda. 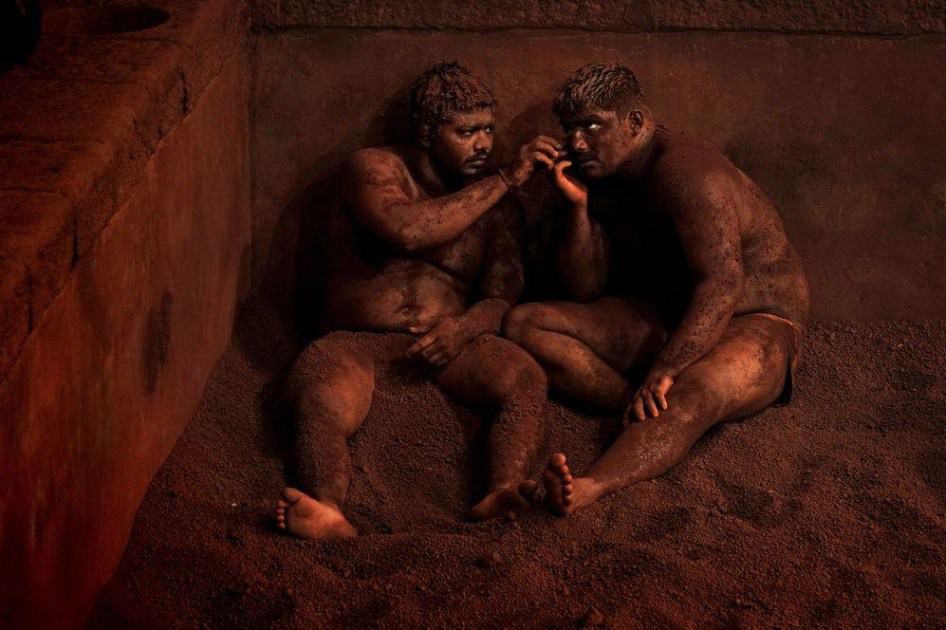 “Kushti is the traditional form of Indian wrestling. Wearing only a well-adjusted loincloth (langot), wrestlers (pelwhans) enter a pit made of clay, often mixed with salt, lemon, and ghee (clarified butter). At the end of a workout, wrestlers rest against the walls of the arena, covering their heads and bodies with earth to soak up any perspiration and avoid catching cold. This relaxation ceremony is completed with massages to soothe tired muscles and demonstrate mutual respect.” 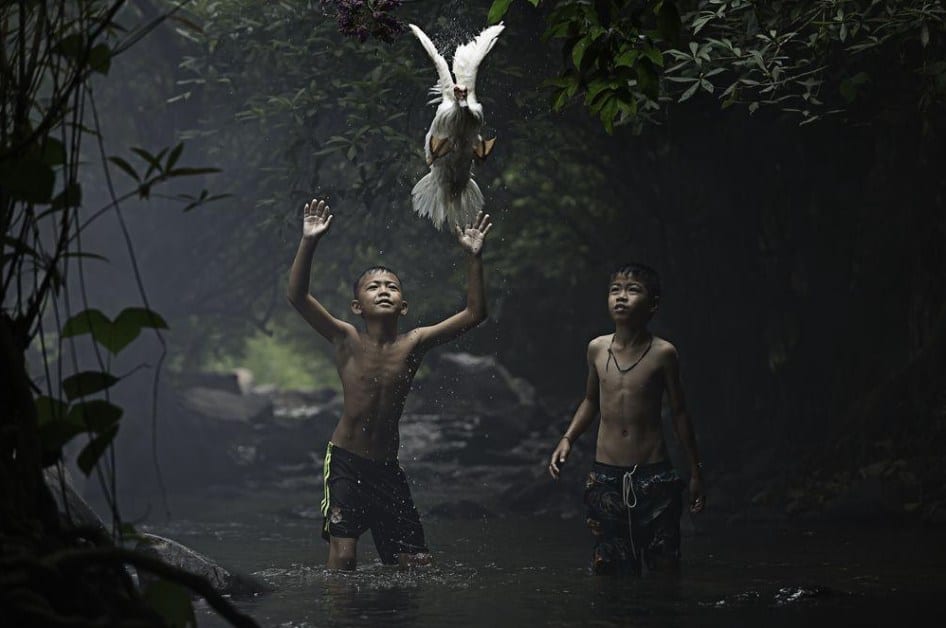 “Two boys are trying to catch a duck at the stream of the waterfall.” The photo was taken in Nong Khai Province, Thailand. 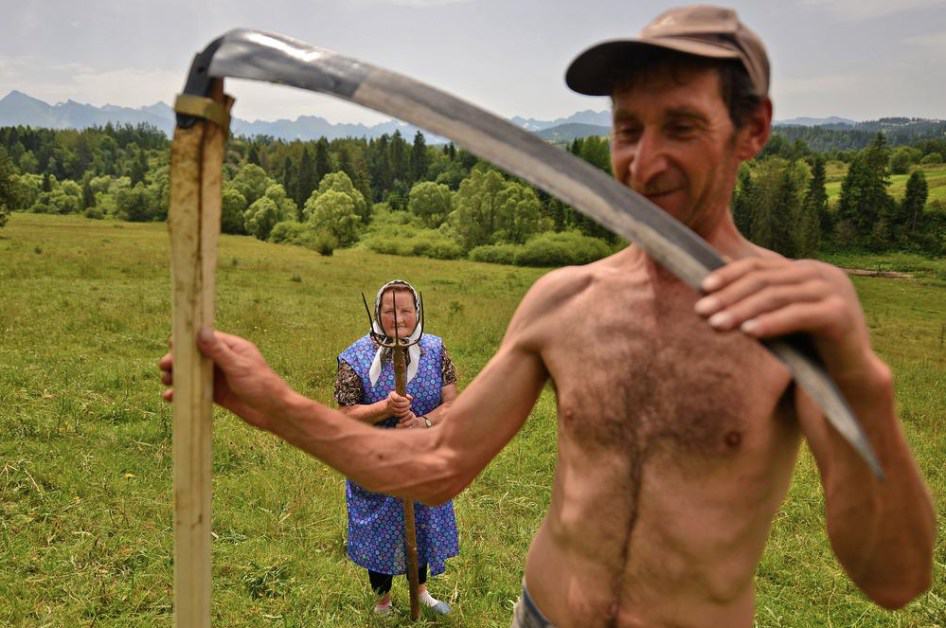 “Traditional haymaking in Poland. Many people continue to use the scythe and pitchfork to sort the hay.”