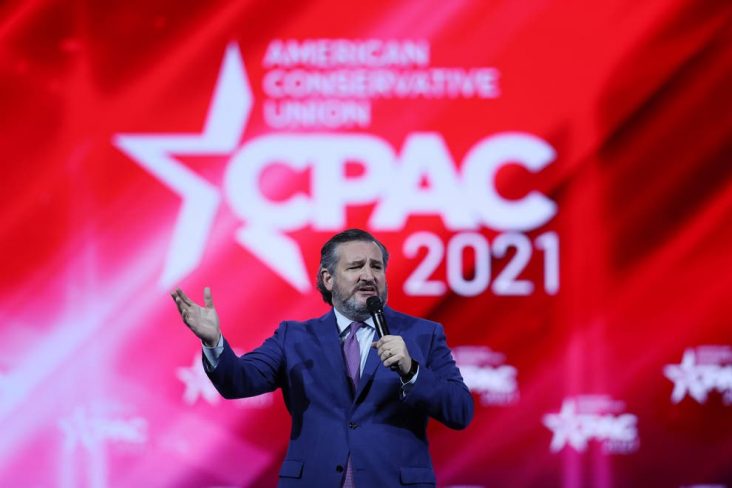 The Senator, who was recently the center of attention for flying to Cancun, Mexico while Texas suffered a massive snowstorm, made fun of wearing face coverings during the public health crisis.

He asked the audience “how much virtue do you want to signal” after saying health officials are telling Americans to wear masks “for the next 300 years.”

“Orlando is awesome,” Cruz jokes, adding, “it’s not as nice as Cancun, but it’s nice.”