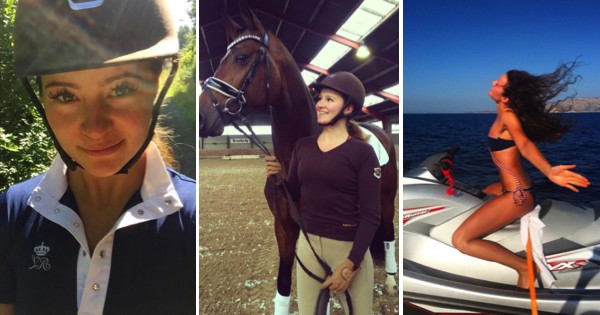 At just 19 years old, the daughter of a tobacco tycoon has just become the world’s youngest billionaire according to Forbes magazine’s Rich List.

Alexandra Anderesen inherited $1.2 billion from her father, Johan F. Anderson, after he transferred 80% of his stake in Norway’s biggest company, Ferd Holdings, to his daughters.

Her great-great-grandfather founded Norway’s largest cigarette producer and, in 2005, the company was sold for $500 million and widely invested in stocks and hedgefunds.

Alexandra appears for the first time on the Rich List this year along with her sister Katharina, 20, and they’re ranked as the 1,475th richest people in the world.

Okay so she’s got a lot (like, A LOT) of money and goes on fabulous jet skiing holidays.

But she takes her role as a stakeholder of Ferd Holdings seriously, saying: “I feel a great responsibility. In a way, I think that I’m not deserving of this, while I want to help develop Ferd and make it even better.”

“The fact that my family has resources has given me many opportunities — especially in riding because it requires a lot of capital — but it is not enough to have money to succeed.”

And instead of glitzy parties she spends most of her time with her horses.

Although we probably would too with $1.2 billion just chilling in the bank…