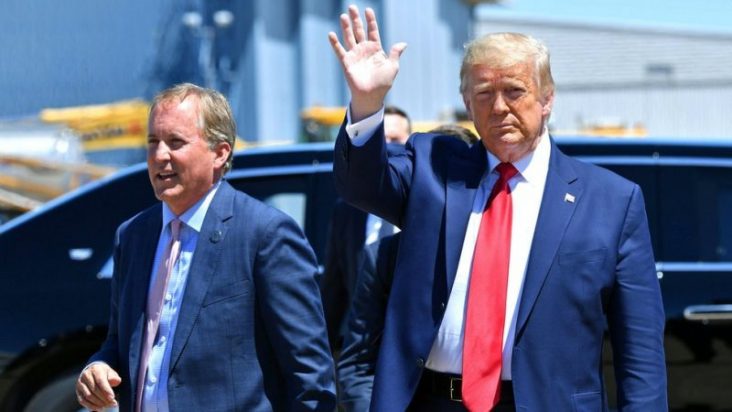 The lawsuit alleges that the states exploited “the COVID-19 pandemic to justify ignoring federal and state election laws and unlawfully enacting last-minute changes, thus skewing the results of the 2020 General Election.”

In a statement, Paxton said, “Trust in the integrity of our election processes is sacrosanct and binds our citizenry and the States in this Union together. Georgia, Michigan, Pennsylvania and Wisconsin destroyed that trust and compromised the security and integrity of the 2020 election. The states violated statutes enacted by their duly elected legislatures, thereby violating the Constitution.”

The Texas Attorney General continued that “By ignoring both state and federal law, these states have not only tainted the integrity of their own citizens’ vote, but of Texas and every other state that held lawful elections. Their failure to abide by the rule of law casts a dark shadow of doubt over the outcome of the entire election. We now ask that the Supreme Court step in to correct this egregious error.”

The lawsuit, filed directly at the Supreme Court, alleges that “certain officials in the Defendant States presented the pandemic as the justification for ignoring state laws regarding absentee and mail-in voting.”

Paxton’s statement also said, “Their failure to abide by the rule of law casts a dark shadow of doubt over the outcome of the entire election. We now ask that the Supreme Court step in to correct this egregious error.”

The 154-page complaint was quickly dismissed as a “publicity stunt.”

“The erosion of confidence in our democratic system isn’t attributable to the good people of Michigan, Wisconsin, Georgia or Pennsylvania but rather to partisan officials, like Mr. Paxton, who place loyalty to a person over loyalty to their country. The Michigan issues raised in this complaint have already been thoroughly litigated and roundly rejected in both state and federal courts — by judges appointed from both political parties. Mr. Paxton’s actions are beneath the dignity of the office of Attorney General and the people of the great state of Texas.”

“These continued attacks on our fair and free election system are beyond meritless, beyond reckless — they are a scheme by the President of the United States and some in the Republican party to disregard the will of the people– and name their own victors.”

Wisconsin Attorney General Josh Kaul, for his part, said, “I feel sorry for Texans that their tax dollars are being wasted on such a genuinely embarrassing lawsuit. Texas is as likely to change the outcome of the Ice Bowl as it is to overturn the will of Wisconsin voters in the 2020 presidential election.”

The Supreme Court has exclusive jurisdiction over legal disputes between states.