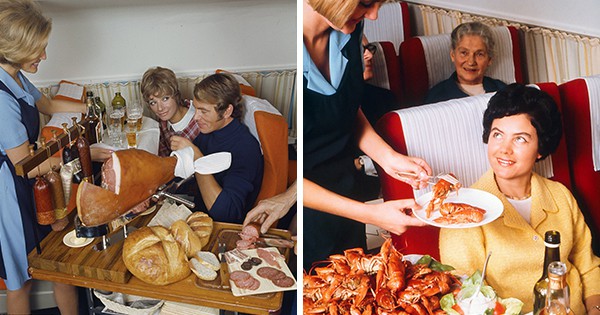 If you’ve ever been flying, you know not to even attempt at eating the overpriced goop on most airlines’ menus. Is it chicken? Or fish? Maybe the mystery is why it’s so darn expensive?

Hard to believe there was a time when airplane food was actually the gold standard of fine dining, but it’s true — and these pictures prove it.

Recently, a collection of nostalgic photos taken on board Scandinavian Airlines flights from the 1950s to the 1980s surfaced online. 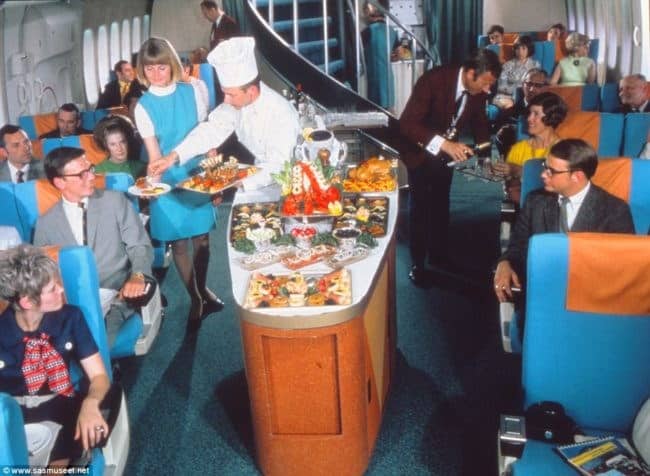 They depicted airplane passengers being served food you normally would only see in Michelin-starred restaurants. 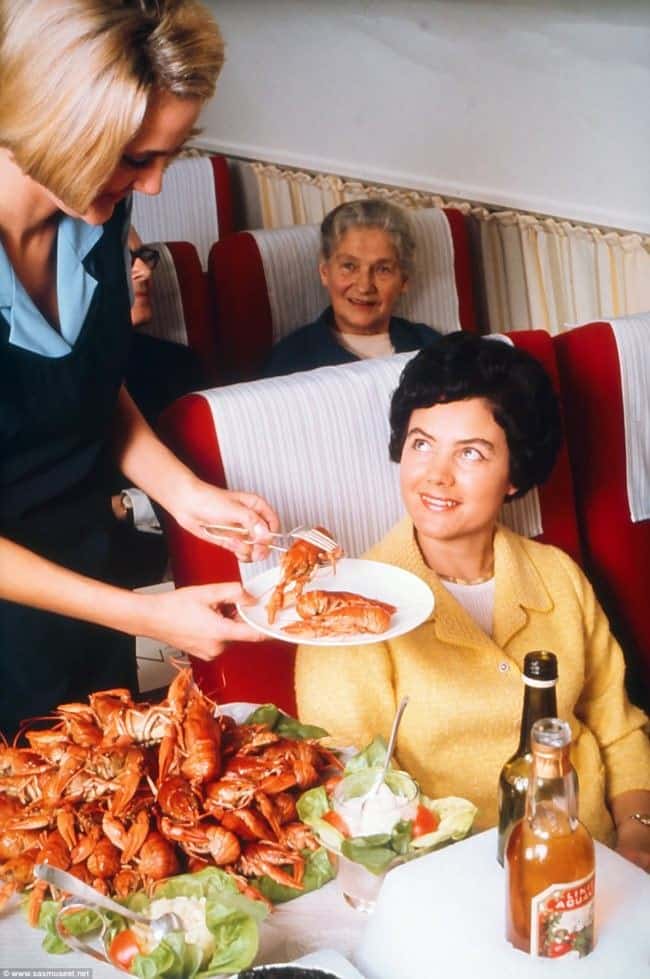 Flight stewardesses are shown serving up caviar, lobster, and several types of cheeses. 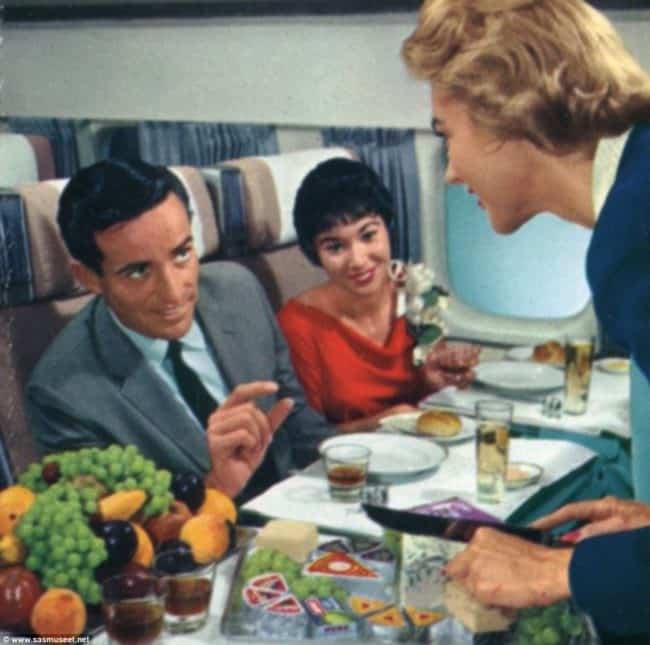 Talk about a smörgåsbord of mouth-watering delicacies! 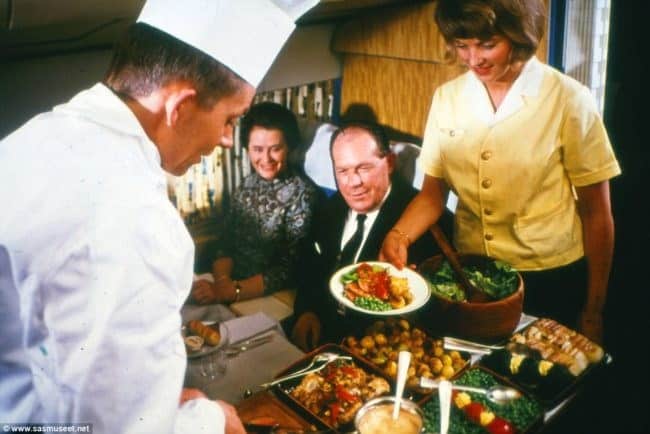 And if the previous photos didn’t make you salivate, how about this photo of an in-flight chef filleting salmon and carving an entire leg of ham? 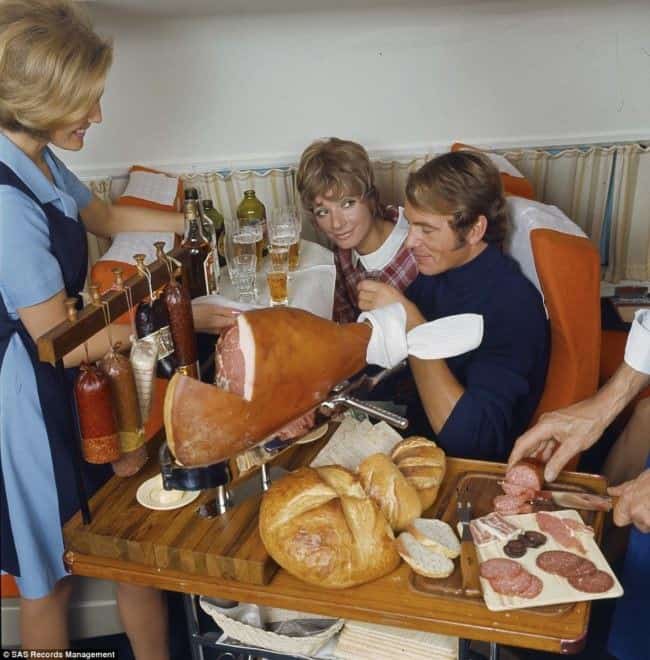 Modern passengers are so unlucky. This looks like a party cruise midair! 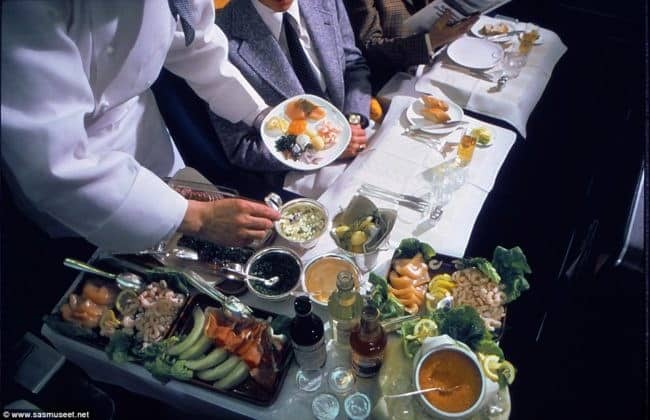 The Norwegian carrier also used to offer a variety of drinks such as beer, wine, and spirits. 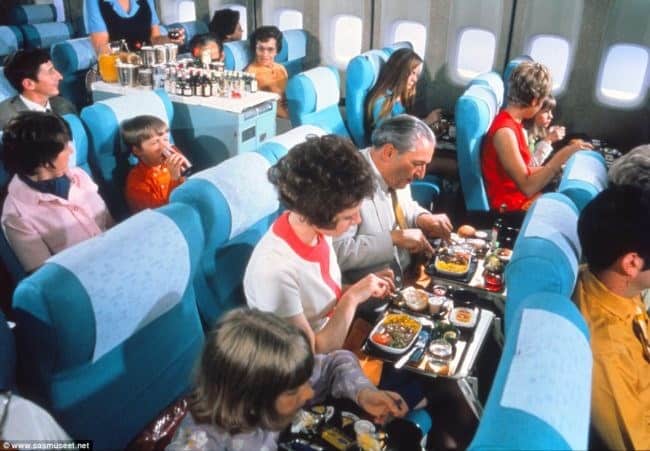 Seems like the legal alcohol limit on flights was non-existent back then! 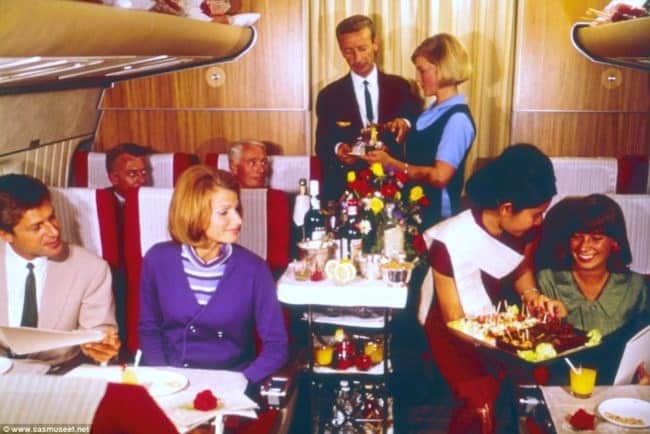 As can be seen on most of the images, airplane divisions of economy, business, and first class, have not yet been invented. 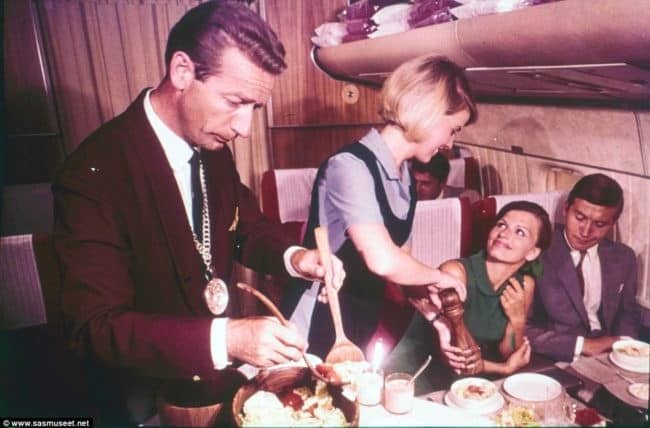 Which meant all passengers enjoyed the same lavish meals, no matter who they were. 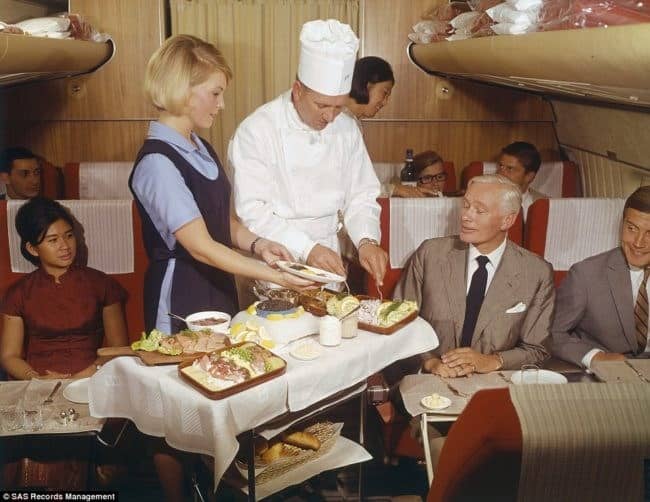 Passengers from the olden days were definitely given the royal treatment. 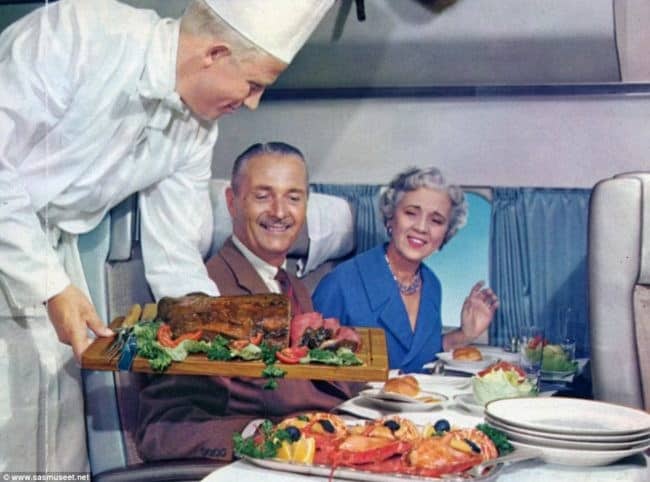 This menu from the 1980s for a route between Copenhagen and Bangkok had items such as crepes with mushrooms and bacon and Bavarian cream with rum. 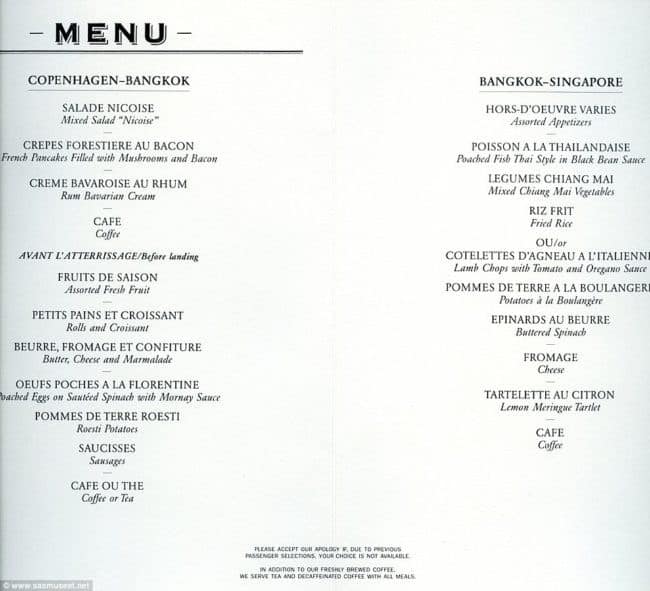 Scandinavian Airlines clearly took their sandwiches seriously. Here is a sample of the Danish open sandwich menu offered in the 1960s. 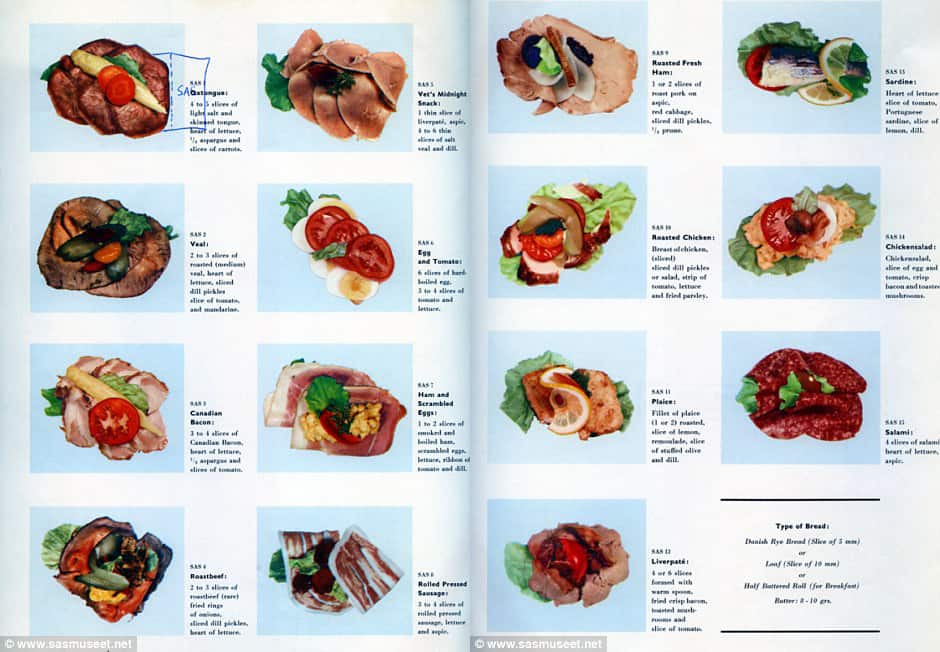 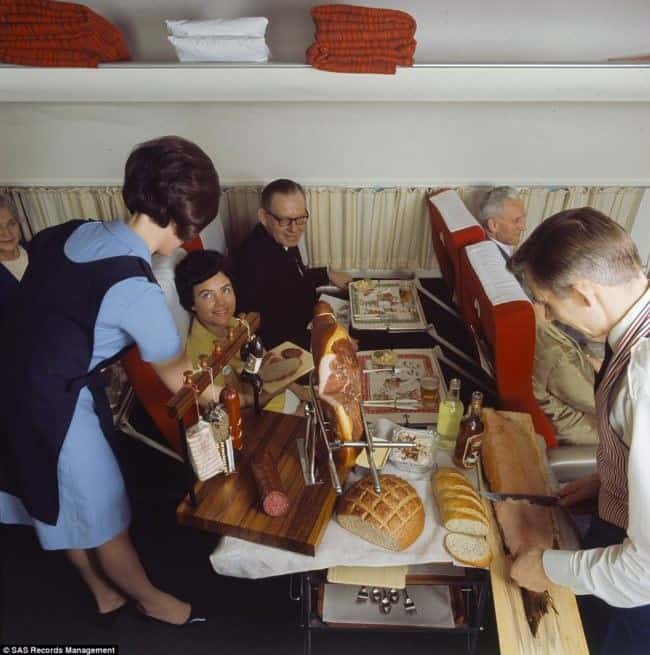 The carrier’s website collected tales from former passengers, who told of a glamorous age in which everyone wore their Sunday best to board a plane. 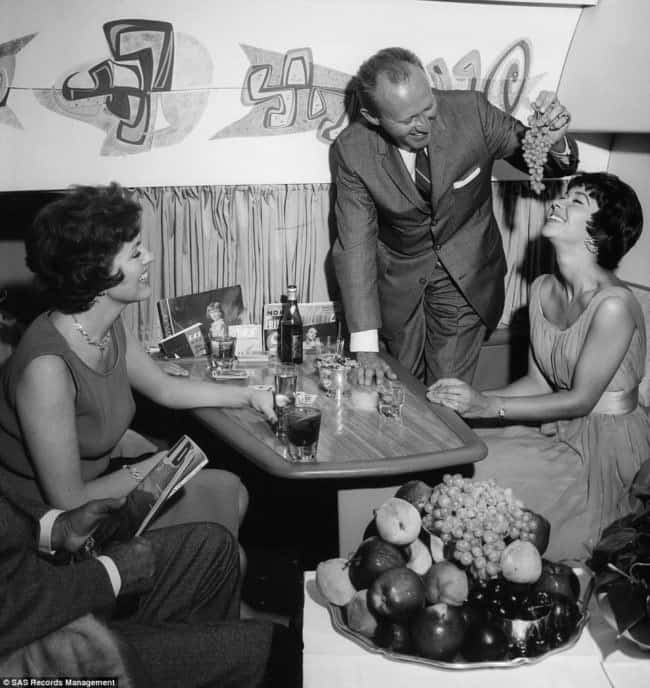 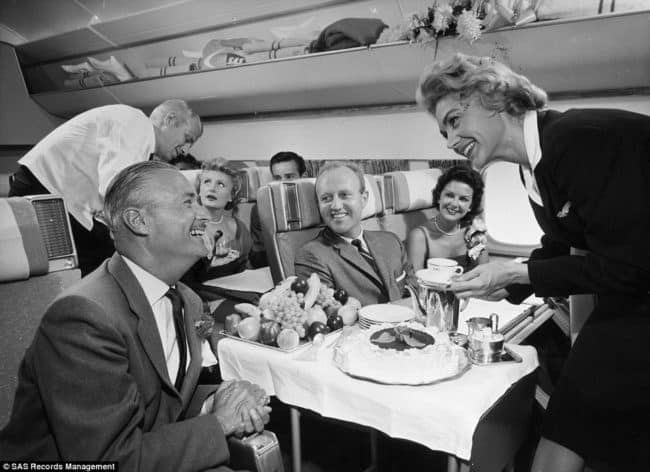 Carriers then served lobster customarily using real silverware, and offered free alcohol. The dangers of flying back then were limited to turbulence and engine failure. 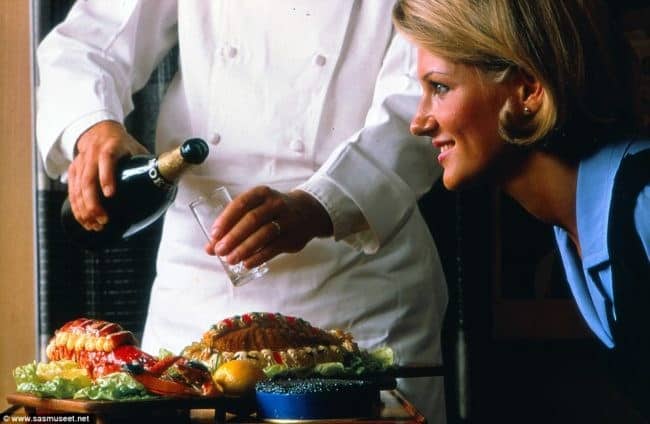 Sadly, flying today is not as fabulous as it was back then. But then again, they say history always repeats itself…