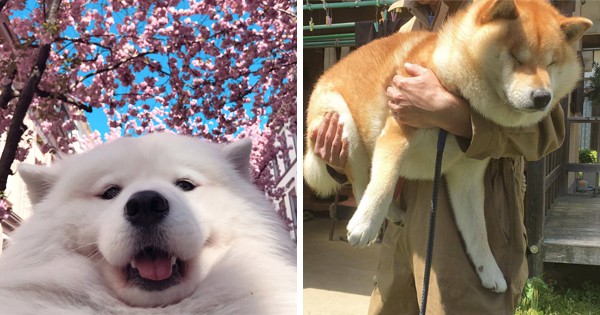 1. This A+ reason to inconvenience yourself:

I’m late to work cuz I followed this dog for 3 blocks in the wrong direction pic.twitter.com/OmgiWyQZqm

I’ve have yet to finish watering my plants 💀 pic.twitter.com/UikjA9UPzH

Trust me your going to want to see this pic.twitter.com/MANHTvVDjk

I went out of town for a few days and came home to my dog who seems to want to have a word with me about it. pic.twitter.com/cpXH6IFuhB

Messaging that lady on Craigslist was the best decision of my life. Happy 1st birthday to my girl! pic.twitter.com/1tAmqPSHBf

"What did we do to deserve dogs?" OHMYGOD pic.twitter.com/iKZrznTWyW

“So what is it like to own a Shiba?” pic.twitter.com/TuzixPe0Tv

remember to water all ur idiots pic.twitter.com/75bdjxHXvi

When u accidentally open the front camera but u’re cute so it doesn’t matter pic.twitter.com/ZNdBlo5QiK

my dog made a huge mess and then had the audacity to just sit and chill while i cleaned it up i mean LOOK AT HIS LITTLE ARM pic.twitter.com/T8dJxxEYac

me after the smallest inconvenience pic.twitter.com/TuNNrlOzpg

Probably 10 inches of snow in our garden. Making it a little bit tricky for Otto – our sausage dog – to get around! pic.twitter.com/aF1BDAW3Ox

17. And finally, this very relatable pup:

When you want to do something fun, but you also want a nap. pic.twitter.com/UkIWzKk9oR