Apparently, the challenges didn’t end at the games: the athletes’ final obstacle of sifting through the baggage claim at Heathrow could’ve been an Olympic event in itself.

Red bags were everywhere. Took a while to find your bags even with name & sport tags #GreattobeBAck #TeamGB #Rio2016 pic.twitter.com/TfWAziL0Qj

Theoretically, issuing identical bags to ALL Team GB athletes might’ve sounded cool. But as silver medal windsurfer Nick Dempsey points out, the execution might have overlooked one teeny tiny detail.

Mine's the red one!! pic.twitter.com/Z68nxrDyJ6

Sailors Hannah Mills and Saskia Clark perfectly described how it felt to swim in a sea of red.

Sorry, Alex Gregory. Looks like you won’t be getting help anytime soon.

A few athletes thought it was hilarious to be inside a living “Where’s Waldo?” comic.

Meanwhile, it seemed only apt that bronze medalist Luke Patience had copious amounts of… patience during this very trying time.

And if anyone is even planning on rolling their eyes at this pampered-athlete “non-issue”, you can stop right there. Sophie Ainsworth already beat you to it. #FantasticProblems

Can anyone find my red bag? It's identical to the other 900… What a fantastic problem to have!! #greattobeBAck pic.twitter.com/rpMZDhFEAO

Judging from the time stamps on some of the tweets, it could be assumed that it took almost FOUR hours for the athletes to get out of the airport. Good thing this specific bunch of people don’t tire out easily.

Congrats, Team Great Britain! Except for the person who thought 900 red bags was a great idea. No medals for you, whoever you are. 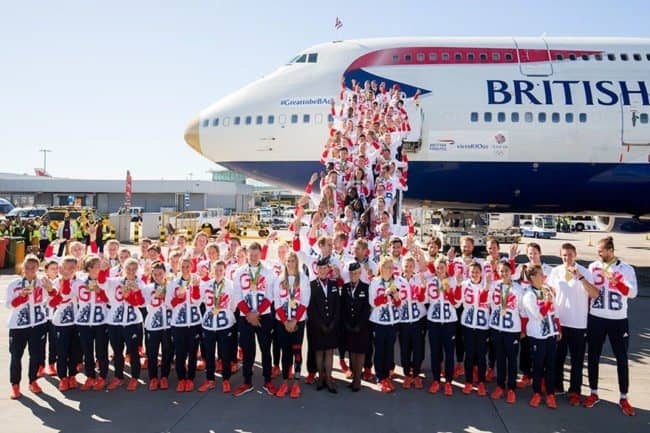