During one of the auditions for Britain’s Got Talent, five middle-aged, sweater-clad men ambled onto the stage.

Old Men Grooving look more at home in the teacher’s lounge than onstage for a national talent contest. 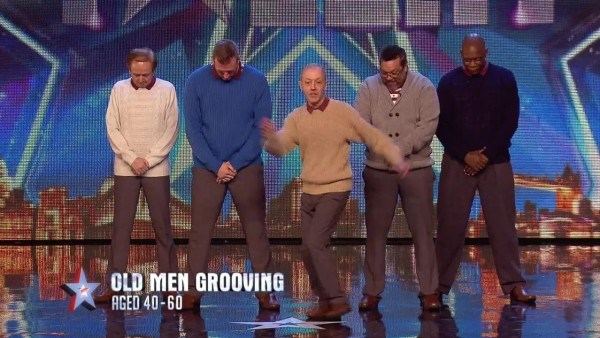 After being interviewed about what they do for a living — to which one member answered “I.T. Manager” — they started their performance. Understandably, the audience was skeptical… and Simon Cowell looked disinterested.

A young audience member was even heard commenting: “imagine being their kids.”

The dance troupe started their routine with the Sinatra classic, “I Won’t Dance”. Much to Simon’s chagrin. 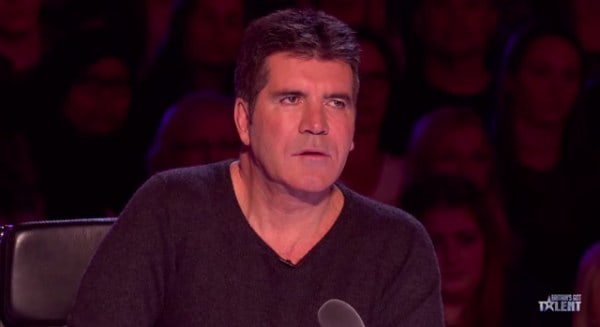 But by 0:55 the audience were picking their jaws up from the floor… Simon included.

When they were done, the entire stadium erupted… as did the Twitterverse.

Bless this Twitter user for linking us to arguably the best dance routine ever done in Christmas sweaters.

The group even received a rare Simon Cowell compliment: “With a lot of dance acts, I get bored rigid, but I could watch you all night.”

“Age is nothing but a number,” he added. 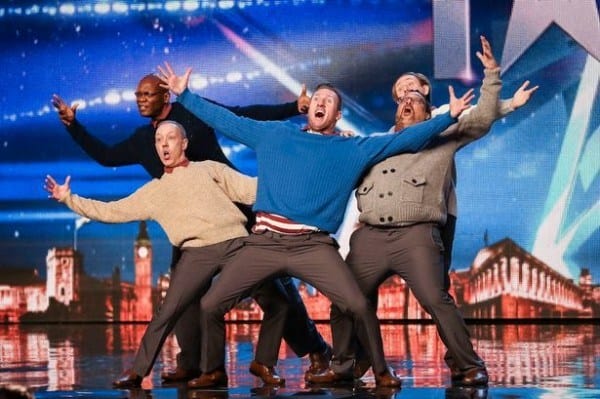 Damn right, it is. Old Men Grooving busted some great moves, and perhaps their backs too. We hope their bodies continue to handle all the popping and locking for decades to come.