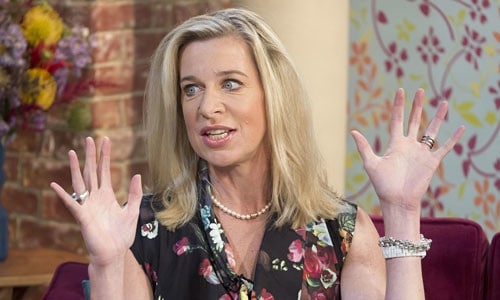 Joshua Barlow is a mental health advocate who has written a powerful open letter regarding the infamous TV ‘personality’ Katie Hopkins. His letter, which addresses her comments regarding mental health, is now going viral, and it’s not hard to see why.

Here is the full text, which was originally posted on Barlow’s blog:

Earlier today it came to my attention that you had tweeted your opinions about depression – the biggest mental health issue that faces this country, bar your ignorance.

Many believe that the opinions you spout are nothing more than a cry for attention much like when a dog defecates for the attention of its owner, which ironically is a form of separation anxiety.

When I read your tweets I was not surprised that you had decided to shit on the floor in the hopes of a reaction – Something you have done many times and will probably continue to do until you fade away into obscurity.

Unfortunately this is not the Big Brother house so you cannot be voted out and we cannot turn you down as you did to Lord Alan Sugar – because, like a bad smell you return to fill the nose of society with your stench.

I have seen your opinions in the past and I have kept my thoughts to myself, however, this is something I can do no longer.

These tweets were made in reference to the Germanwings crash. She removed them shortly after posting.

You may find yourself asking why you should care about what I am saying or you may sit back and admire the great steaming dump you have left – however, mental health conditions affect 1 in 4 people including myself and on behalf of those with mental health issues I would like to say, we are sick of dealing with your shit.

Depression is a lonely, destructive disease and stigma is generated by bigots like you. This can lead to many things from self-loathing to suicide –   with this in mind, it is amusing that you suggest that depression is the “ultimate passport to self obsession” because if your tweets are anything to go by, Katie, you are ill and need to seek urgent medical attention.

There are so many causes you could use your position of power for. It pains me to state that you are in a position of power, however, you are.
You are a writer for the biggest selling paper in this country so your opinions reach the length and breadth of the UK, which in turn means that the things you say have the potential to influence a significant number of people.

It is worth mentioning that I did not call you a journalist. This is because in my eyes, you are not.
As a journalism student, I have been taught that journalists act as a voice for the people, for those who need their voice to be heard and this cannot be achieved with your incessant screaming.

At this point I think it is safe to say that you have obviously never suffered from depression. If you had, you would not say such things about the condition.

You say that depression is due to social situation – to this I say that you are wrong, depression and other mental health issues can come about due to a variety of factors.
Stick to what you know.

“Like being caught in torrential rain with a bag from Primark” is an excellent way to describe living with the condition. Had this come from someone else I would applaud them for such a description as many of us have experienced such an unpleasant event.

However, I doubt you have ever been in the store. Not because you can do better, but because we can.

‘We’ the community; the Primark shoppers, the 1 in 4 who will experience some form of mental health issues in their lives and everyone else who is bored of your bile – we do not want your shit in our doorway because, quite frankly, it stinks.