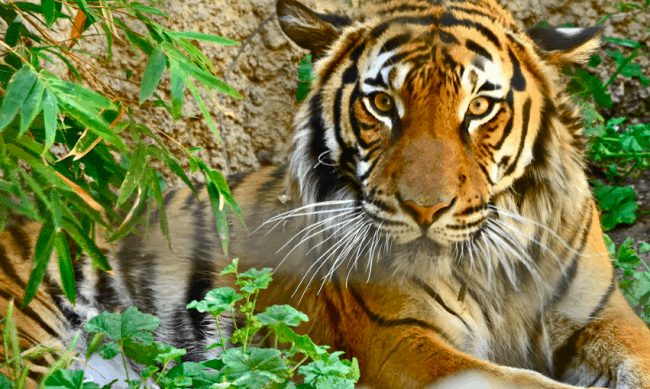 It’s the Year of the Tiger, and a new population assessment gives the endangered species some hope.

According to a new tiger assessment from the International Union for Conservation of Nature, there are currently 3,726 to 5,578 tigers in the wild worldwide, up 40% from 2015.

However, much of the increase is due to advancements in animal monitoring.

“A fairly significant chunk of that 40% increase is explained by the fact that we’re better at counting them, that many governments in particular have really sort of moved heaven and earth to do massive scale surveys,” said Luke Hunter, executive director of the Wildlife Conservation Society’s (WCS) big cat program.

The World Conservation Society is a non-profit organisation that has worked in over 60 countries to save wildlife and wild places.

Aside from improved counting methods, Hunter attributes the increased tiger population to increased conservation efforts by governments in the countries where they live.

Poaching, habitat degradation, and other human-driven issues have caused tigers to continue to decline in many regions of the world and have caused them to lose a significant portion of their native territory.

According to Hunter, tigers are prized highly in the illegal wildlife trade, which has grown into a huge, international industry.

Although tigers are only one of many endangered species, he claims that conservation efforts can benefit the surrounding areas and the residents of these towns.

“When you succeed in saving tigers or conserving tigers, you are conserving very large wilderness landscapes, with a huge host of biodiversity but also a whole bunch of benefits to the human communities that live in and around those landscapes,” he said.

According to Hunter, these kinds of evaluations demonstrate the efficacy of conservation efforts and the potential for tiger recovery.

“Expanding and connecting protected areas, ensuring they are effectively managed, and working with local communities living in and around tiger habitats, are critical to protect the species,” the IUCN said in a statement.