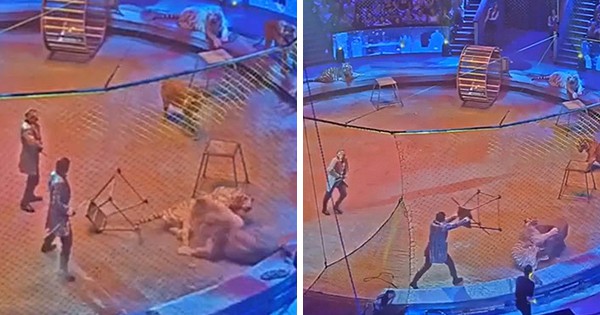 This horrifying video making rounds online shows a tiger attacking a young lion by its throat during a performance at a Russian circus, as a shocked audience looks on.

The incident occurred at a circus in Moscow, Russia, during a Zapashny Brothers show, a pair famous for their animal training skills. 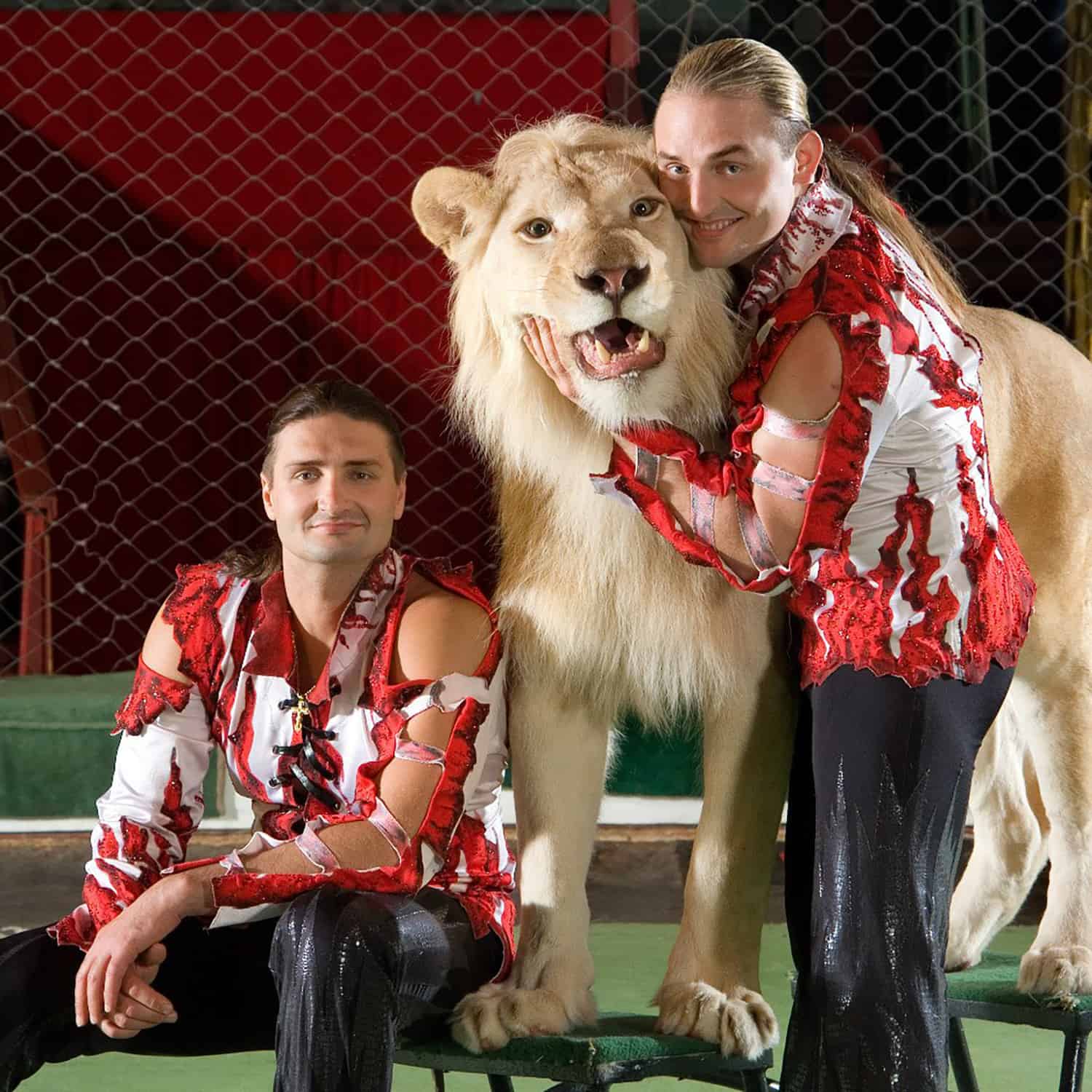 In the video, one of the performers can be seen guiding a young lion across the ring. The tiger, who until that moment had been sitting on the side, suddenly pounces on the unprepared animal.

Before anyone can react, Dieter (the tiger) knocks down David (the lion) and buries his teeth down the lion’s neck. One of the ring masters starts throwing things at the two giant cats in an attempt to break up the fight.

David succeeds in breaking free of Dieter, and tries to run away. However, the tiger continues his pursuit and launches another attack. 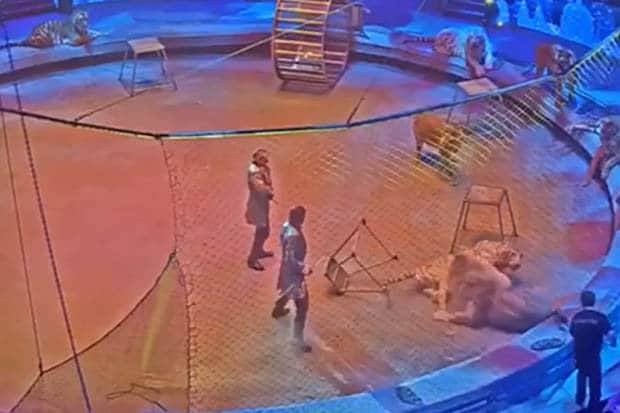 Two circus performers keep pummeling the cats with objects, but are unsuccessful in interrupting the fight.

This is when animal trainer Askold Zapashny, 40, steps in. He shoots a rubber bullet into the air, and the pair finally separate.

Forty-two-year-old animal trainer and head of the circus, Edgard Zapashny, released a statement afterward that the fight was only as worrying as a scuffle between two men.

It was also later reported that Dieter had a history of starting fights, and merely wanted to show dominance over the young lion. 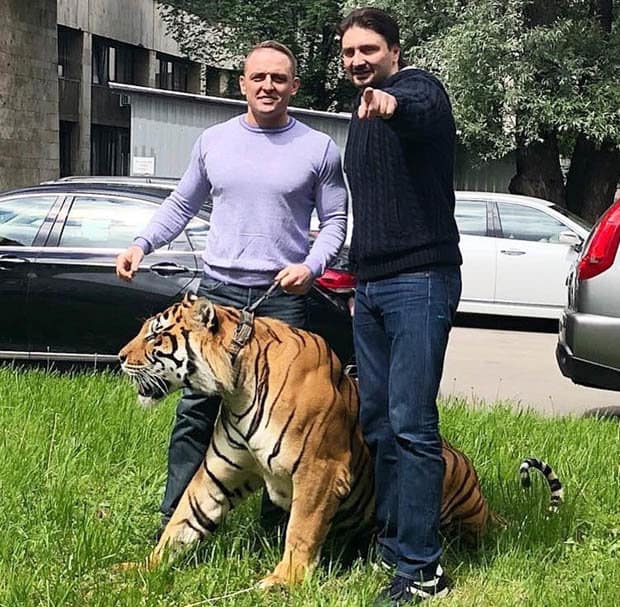 Egdard Zapashny said: “If he had got a serious grip on the lion’s neck, then most likely he would have strangled him had we not got involved.”

“The spectators were reportedly safe as they were protected from the ring with a special net that is capable of holding the weight of an adult big cat.”

Watch the horrifying spectacle below: