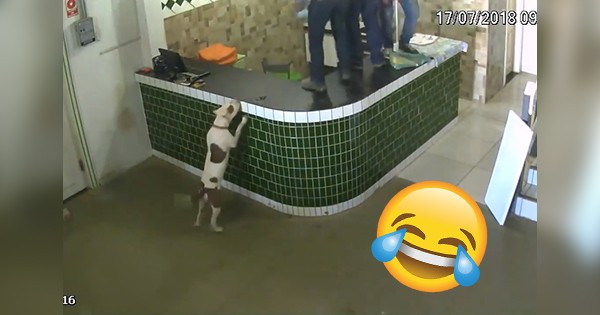 Of all the dog breeds, pit bulls seem like the scariest and most violent. Well, according to the media, that is.

But anybody who’s met a trained pit bull knows that they’re the sweetest, gentlest creatures who don’t deserve any of the bad rep they’re getting.

A hilarious video was recently taken of construction workers, who had an unusual encounter with a lost pit bull.

Watch their reactions and the unexpected ending below: