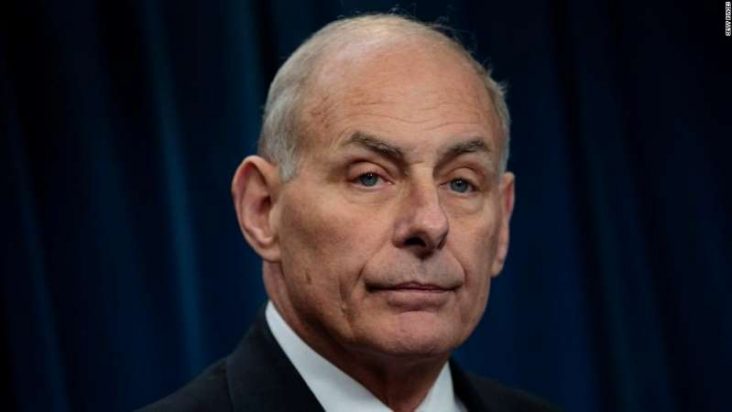 Schmidt is releasing a tell-all book entitled “Donald Trump v. The United States” and Axios obtained an excerpt from the manuscript.

It read, “Kelly immediately realized the problem with Trump’s request for loyalty, and he pushed back on the president’s demand. Kelly said that he would be loyal to the Constitution and the rule of law, but he refused to pledge his loyalty to Trump.”

This was said to have happened shortly after Trump fired FBI Director James Comey.

Axios also reported from Schmidt’s book,”In addition to illustrating how Trump viewed the role and independence of senior officials who work for him, the president’s demand for loyalty tracked with Comey’s experience with Trump.”

Axios further quoted the New York Times reporter, “Kelly has told others that Trump wanted to behave like an authoritarian and repeatedly had to be restrained and told what he could and could not legally do. Aside from questions of the law, Kelly has told others that one of the most difficult tasks he faced with Trump was trying to stop him from pulling out of NATO — a move that Trump has repeatedly threatened but never made good on, which would have been a seismic breach of American alliances and an extraordinary gift to Putin.”

As of press time, the White House has yet to issue a statement on Schmidt’s allegations.