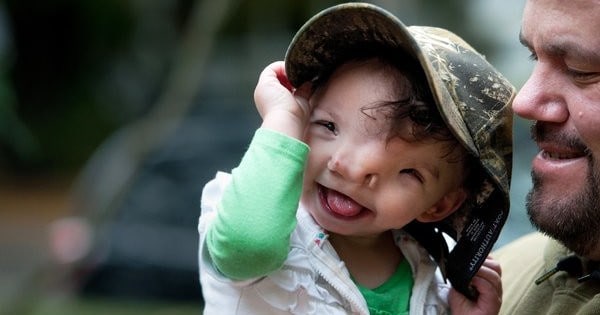 Violet Pietrok is just two years old, but she has already undergone major surgery to reshape her face. A rare condition called frontonasal dysplasia has caused Violet to be born with wider-than-normal facial features.

She has a differently-shaped nose, wide-set eyes, as well as a large central cleft in her face. 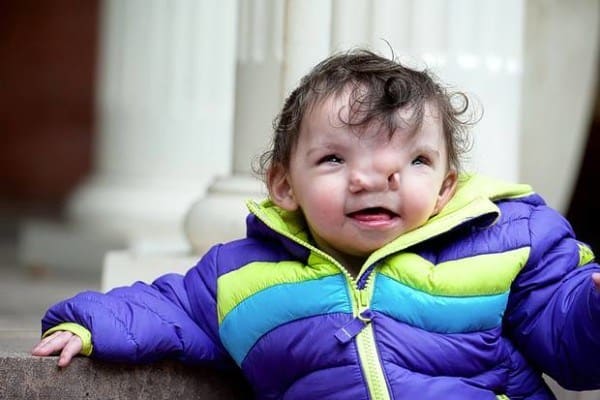 According to the National Institutes of Health, there have only been 100 documented cases of frontonasal dysplasia.

In October of last year, Violet went in for surgery at Boston Children’s Hospital with both a plastic surgeon and a neurosurgeon. Dr. John Meara, the plastic surgeon-in-chief at Boston Children’s Hospital, had to use a 3D printer to recreate the unique formation of Violet’s skull. This was an essential part of the operation, as the surgery could interfere with her brain or other nerves. The 3D model allowed them to study Violet’s skull without having to blindly hack away as they performed the surgery.

“This isn’t like free throw practice,” Dr. Meara said. “You can’t just go out and try and if you miss, try again.” 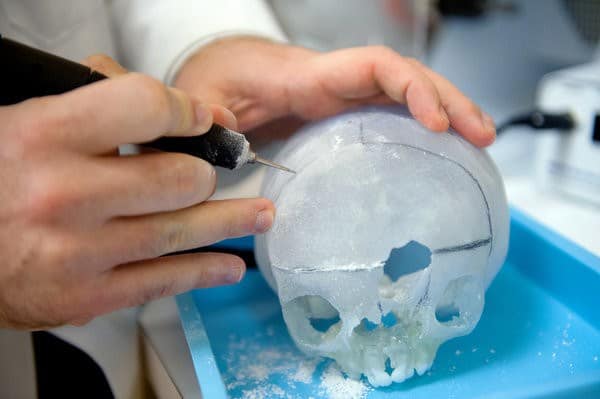 The operation lasted nine long hours, but Violet’s mother, Alicia Taylor, said that Violet was fantastic throughout: “She still was … sweet and compliant and she tried to smile.” 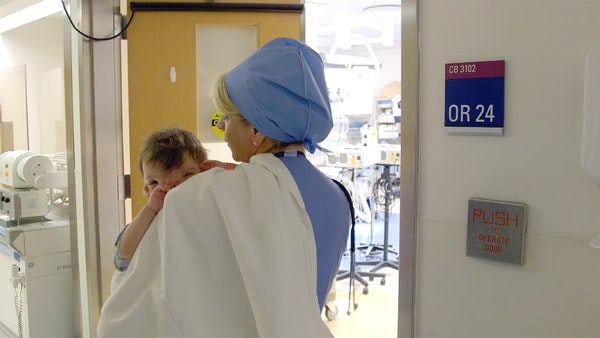 Just a mere six months after being opened up and sewed closed, Violet is laughing and dancing with her twin sister and older siblings.

“She’s fantastic. She’s taking it all in stride,” said Taylor, “She’s so happy … all the time. If she’s not smiling, she’s generally asleep or throwing a fit.” 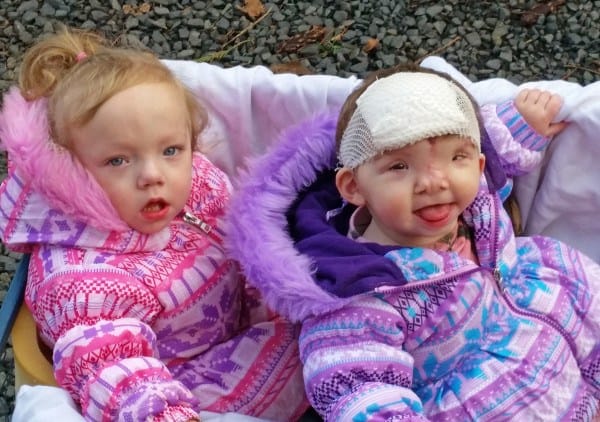 “We love her new face, but we miss her old face,” Taylor said of Violet.

“I was so worried that they were going to take her and she was going to be unrecognizable.” 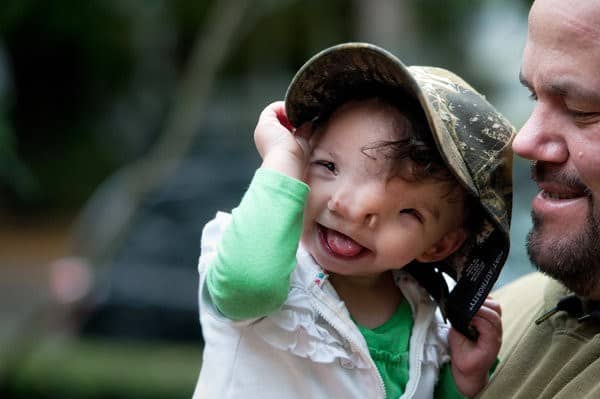 A recent complication meant that Violet had to go back to the hospital in February for another operation. But that didn’t dampen the little tot’s spirit one bit.

“Vi doesn’t see herself as different. The only thing that irks her is that she can’t wear ribbons in her hair because of the stitches,” Taylor said with a chuckle. 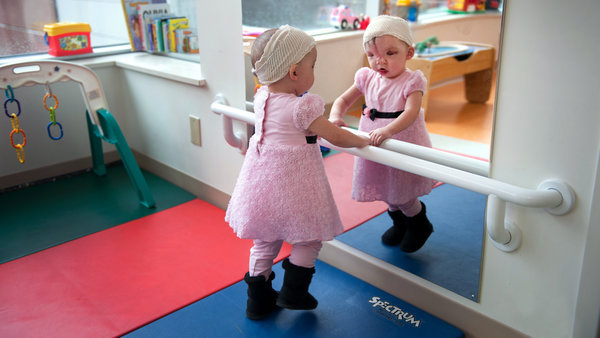 Taylor wishes to share Violet’s story and their family’s experience with the world, so that it may inspire at least one more family going through the same challenge.

As a bottom line, Taylor said, “There is always hope. You just have to find it.”

Watch the video below for part one of a four-part series chronicling little Violet’s journey: