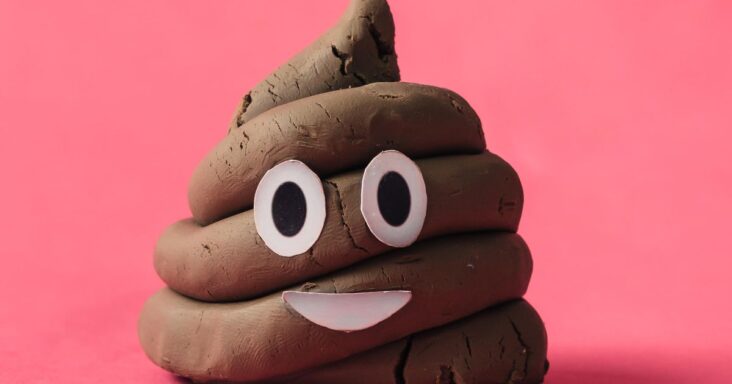 If you’re like most people, you probably don’t give your poop that much thought. But there’s no doubt about it: Your feces can tell you a lot about how healthy (or unhealthy) your body is. I mean, after all, what is feces but waste excreted from the body? That’s why it’s so important to familiarize yourself with poop and be aware of any significant changes in texture, color or smell.

Here are 12 unhealthy types of poop you should never ignore:

This is one type of poo that should never go ignored. With diarrhea, you’ll notice plenty of loose (and smelly) stools accompanied by cramps and an upset stomach. This can be caused by a number of different things including food poisoning, parasites, colitis or even the flu.

Black, tarry feces can indicate bleeding in the stomach or intestine, especially if it’s accompanied by symptoms like vomiting blood, feeling dizzy/lightheaded and weakness.

The color red can come from a number of different things including beets, supplements (like iron) or food with artificial coloring. However, bright red stools can also indicate bleeding in the stomach, small intestine or the colon. This could be a sign of bleeding due to cancer, Crohn’s disease or ulcerative colitis.

As long as you’re not taking medications with xylitol (a sweetener found in many sugar-free gums and candies), white stool can indicate an overgrowth of yeast in the intestinal tract called Candida.

If your poo is a pale or clay color, it could be a sign that you’re not eating enough foods with natural color (like fruits and veggies) or consuming enough iron. On the other hand, clay-colored stools can sometimes indicate bleeding from the stomach or small intestine.

If you notice green stool, it could be a sign of bile salts present in the colon as a result of decreased bile flow from problems like an enlarged liver or gallbladder issues. It can also signal a bacterial infection, Crohn’s disease and ulcerative colitis.

The color yellow or white can indicate a lack of bile (which is what digests fat), stomach flu, pancreatic problems and/or liver disease.

If your poop has red and black flecks in it, you could be experiencing bleeding from the upper gastrointestinal tract which can be caused by colorectal cancer, stomach ulcers or esophageal varices.

If your stools look like little balls (pellets), this could indicate a malfunction of the muscular movement in the intestine called peristalsis. It could be a sign of diseases like Crohn’s or inflammatory bowel disease.

If your stools are narrow (pencil-like), it could be a sign of constipation or intestinal obstruction, which can lead to bowel perforation.

If your stool floats, it means it has too much fat. Since fat is lighter than water, it rises to the top. This could be an early symptom of pancreatitis. This is when your body doesn’t absorb and process fat correctly.

There are also some changes in smell that you should be aware of as well. For example, if your poop smells really strong and unpleasant, it’s a sign that it’s high in sulfur which could indicate a possible infection or illness. In addition, poop that smells foul and has a greasy appearance could result from too much bile in the stool due to conditions such as hepatitis, cirrhosis, pancreatic cancer or even parasites.

So as you can see, there are plenty of potential causes for changes in your poo’s texture, color and smell – all of which should never be ignored. If you experience any of the symptoms above or notice a sudden change in your stool, be sure to contact your doctor for an evaluation.