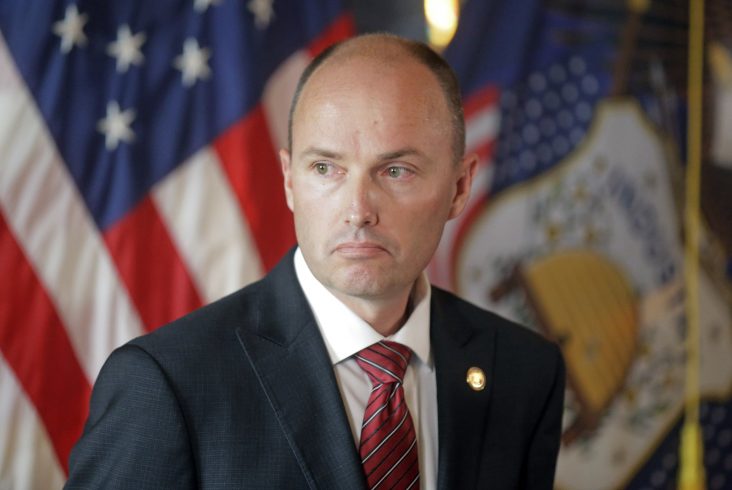 Utah is one step closer to requiring all cellphones and similar gadgets sold in the state to automatically block pornography after the Republican governor signed legislation on Tuesday.

Governor Spencer Cox has said the measure would send an ‘important message’ about preventing children from accessing explicit online content.

This measure won’t go into effect unless five other states enact similar laws, which was added to address concerns that it would be challenging to implement.

If five states don’t pass similar laws by 2031, the bill in Utah will be rendered ineffective.

The American Civil Liberties Union of Utah said the constitutionality of the bill wasn’t adequately considered, adding that it’ll likely be argued in court.

‘This is another example of the Legislature dodging the constitutional impacts of the legislation they pass,’ ACLU attorney Jason Groth said.

Cox has said he isn’t as worried about constitutional concerns because the proposal won’t be immediately enacted.

Representative Susan Pulsipher, the bill’s sponsor, said she was ‘grateful’ the governor signed the legislation, which she hopes will help parents keep their children from unintended exposure to pornography.

Content restrictions are already available on devices like Apple iPhones, but they aren’t automatically applied, which is the goal of the new legislation.