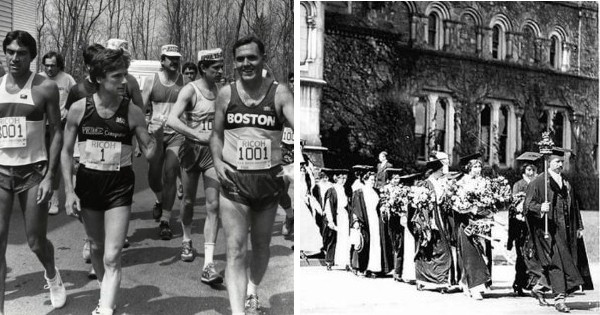 Thanks to the achievements of women’s suffrage and various civil rights movements, most people around the world today enjoy the same freedoms regardless of their gender.

But things weren’t always this way. When could women vote, open a bank account or get credit cards? As it happens, things we find so ordinary today were actually forbidden for women as early back as the 1950s and 60s! So let’s see how things have changed.

Before the Equal Credit Opportunity Act of 1974 was passed, women were not allowed to open bank accounts and get credit cards without the permission of their husband or a male relative.

Women were not allowed to sit in the jury box until it was made legal in 1968.

Even if they went to Law School and passed every single test, they could still be denied the right to plead a case.

Before 1981, all wives were legally subordinate to their husbands.

Contraceptives were banned, until the 60s and the widely-available contraceptive pill sparked the summer of luurrve.

Women who became pregnant usually lost their jobs, until the Pregnancy Discrimination Act of 1978 was approved.

Public areas prohibited mothers from breastfeeding, and no, there weren’t any Breastfeeding Stations or Rooms.

Women applicants were not allowed into Harvard until 1977, although Yale and Princeton admitted their first female students in 1969.

There was no such thing as female students at West Point Military Academy until 1976.

Women did not have the right to vote in the USA until August 1920, when the 19th Amendment became part of the U.S. Constitution. It states, “The right of citizens of the United States to vote shall not be denied or abridged by the United States or by any State on account of sex.”

In most countries, women typically got the right within the following decades after.

In 1948, three years after the end of World War 2, President Harry S. Truman signed the Women’s Armed Services Integration Act into law, officially allowing women to serve as full, permanent members of all branches of the Armed Forces.

In the USA, there was never a law preventing women from driving. The same is true for all countries, with the exception of Saudi Arabia. Until June 2018, Saudi Arabia was the only country in the world where women were banned from driving.