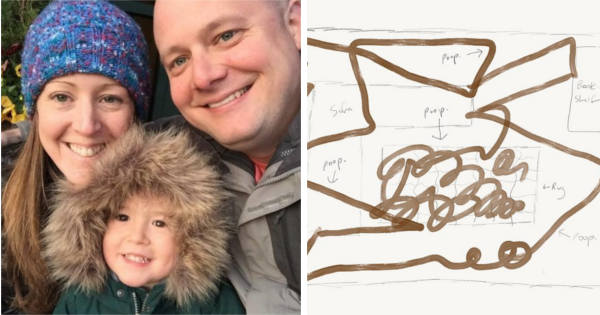 This is Kelly and Jesse Newton and their son, Evan. They live in Arkansas along with their year-old puppy, Evie. Oh, and their beloved Roomba, of course. 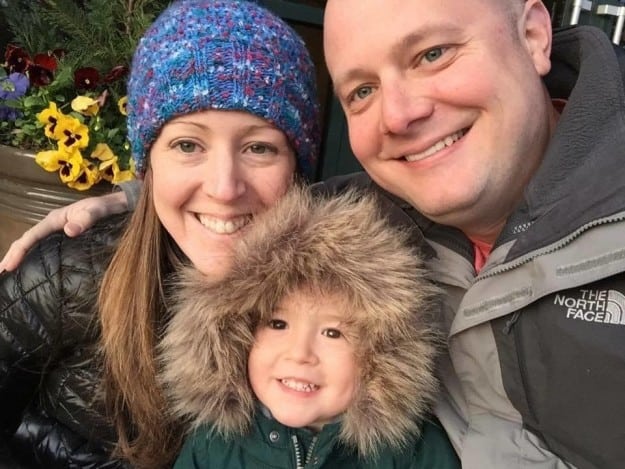 Jesse and Kelly are pretty attached to their Roomba, describing it as “a lifesaver for us with puppy hair and a 4-year-old’s snack crumbs.”

But, in a viral Facebook post written by Jesse this week, it turns out that a little puppy accident plus a rogue Roomba results in what shall now be forever known as a “pooptastrophe”.

Jesse explained that they program their Roomba to sweep through their house at 1.30am every morning and, that fateful night, Evie had a little accident on the rug — right before the Roomba went zooming through.

Jesse took to Facebook to share the horrific poopy incident, writing: “Do not, under circumstances, let your Roomba run over dog poop. Because if it happens, it will spread the dog poop over every conceivable surface within it’s reach, resulting in a home that closely resembles a Jackson Pollock poop painting.”

“Those awesome wheels, which have a checkered surface for better traction, left 25-foot poop trails all over the house. Our lovable Roomba, who gets a careful cleaning every night, looked like it had been mudding. But in poop.”

In fact, he drew those poop trails in detail for everyone to truly understand the scale of the pooptastrophe. 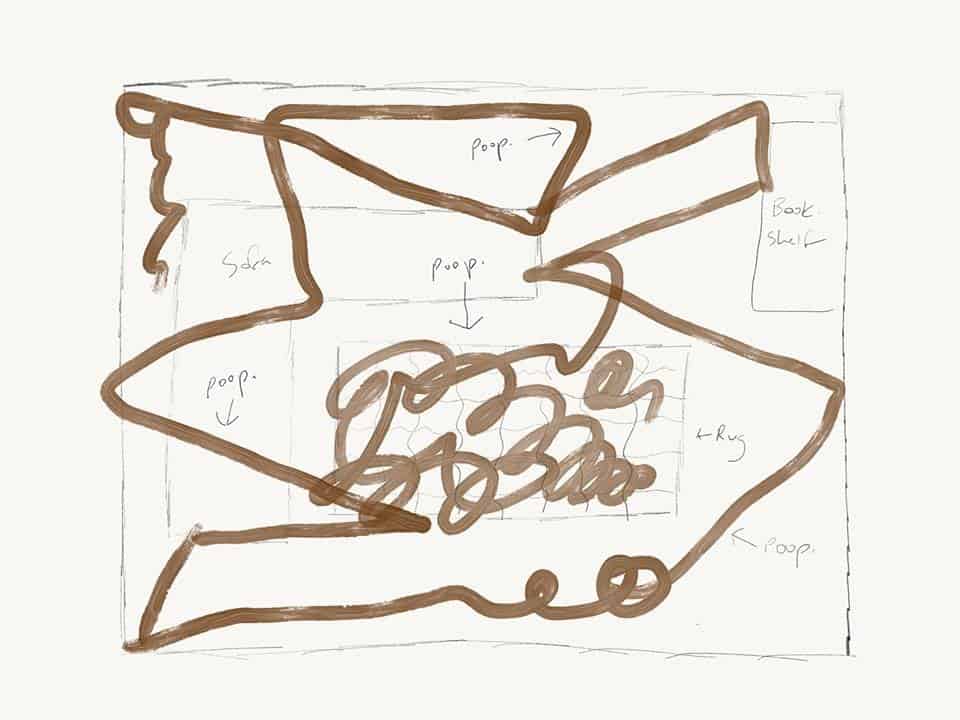 “You’ll see a brown-encrusted, vaguely Roomba-shaped thing sitting in the middle of the floor, with a glowing green light, like everything’s okay, like it’s proud of itself. Oh, the horror.”

But, thanks to a lifetime warranty, the Roomba has been replaced (and forgiven) and Evie and Jesse remain the best of fluffy pals. 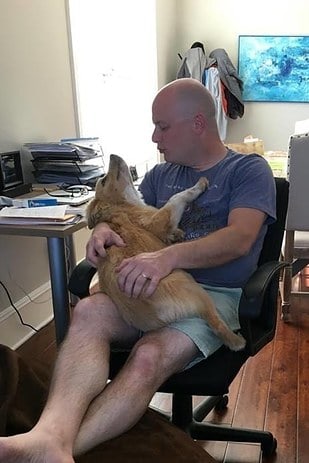 “I was mad at Evie for pooping (even though it was our fault) and I was mad at the inanimate robot that spread poop all over our house,” said Jesse.

Jesse didn’t even wake wife Kelly in the three hours he spent cleaning every inch of his house, although Kelly began to suspect something “epic” had happened, “remembering Jesse coming to bed smelling like every cleaning product we own.”

Jesse’s hilarious poop saga has now been shared over 300,000 times on Facebook, with Roomba themselves stepping in to offer comforting words. And Evie feels really bad. Probably. 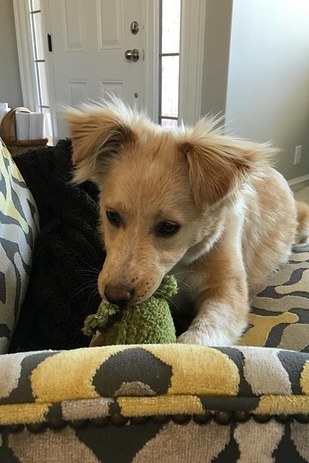 They learned the lesson so you don’t have to: Roomba’s and puppy poop don’t mix, guys.