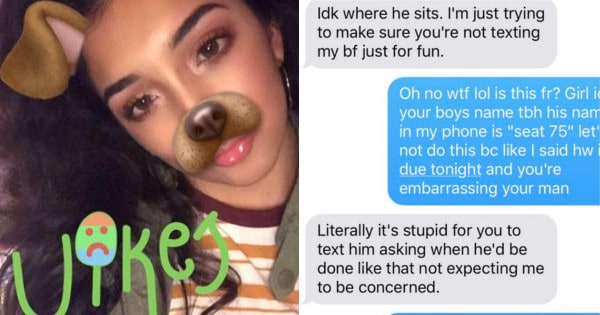 Bianca Michelle, an 18-year-old economics student from Texas, US, was struggling with her homework, so she messaged a guy in her class who’d offered to help her. 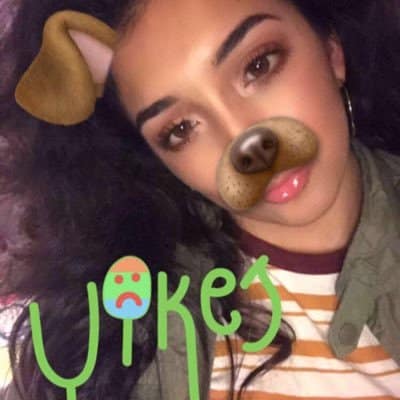 She messaged her classmate asking for some notes to help with the group assignment, but the response she received was completely unexpected. 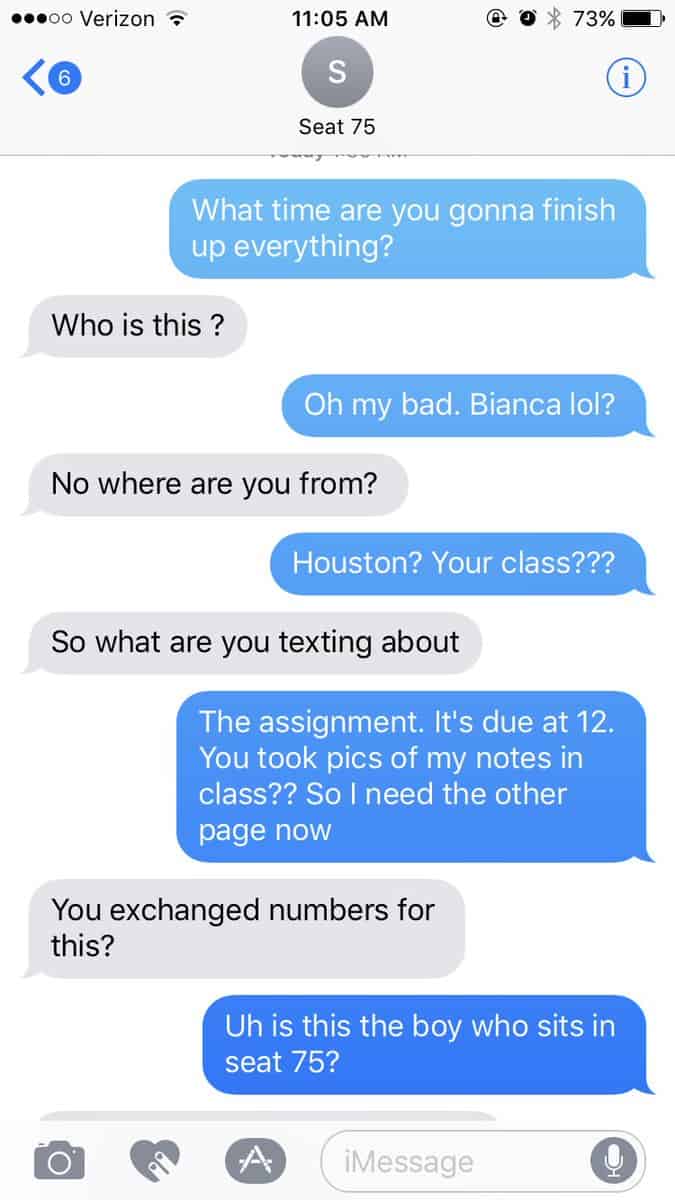 “It’s an online class and we rarely meet,” explained Bianca, “We had a group assignment and we were just exchanging some notes.”

But instead of a cheerful (and helpful) reply, Bianca ended up in conversation with her classmate’s increasingly suspicious girlfriend.

And it just went on and on. 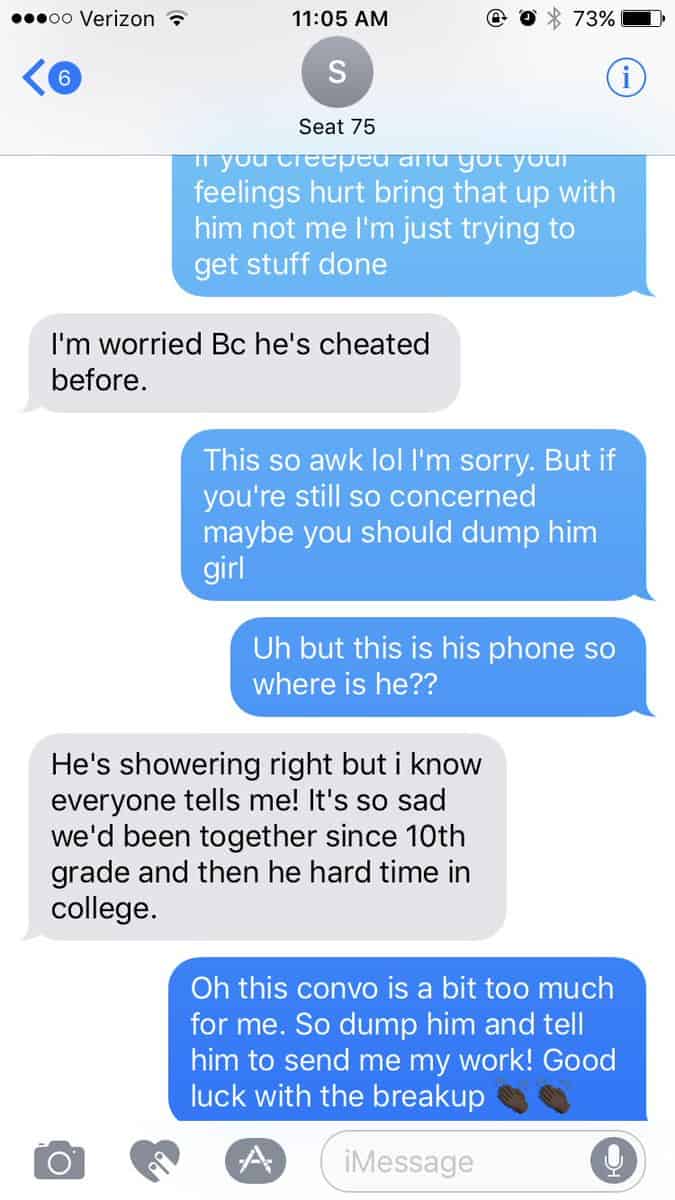 Ending with Bianca advise the very insecure girlfriend to just “dump him and tell him to send me my work”.

Bianca tweeted the whole bizarre exchange, saying: “I thought she lost her mind. I don’t know, it’s her boyfriend’s fault she’s crazy. I don’t blame her for being insecure.”

Plot twist: the boy who sits next to me has a crazy gf and I may have broke them up idk 🙂 but my assignment got turned in on time pic.twitter.com/J0OiKhb3EF

And don’t worry — Bianca got her homework done on time.