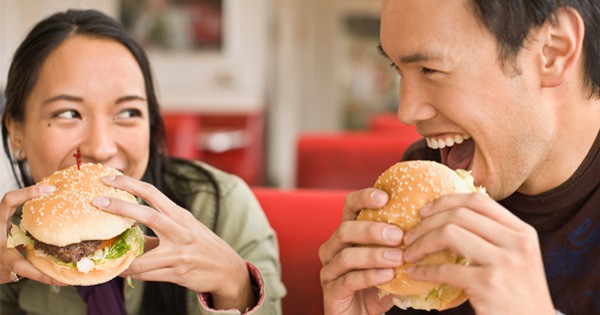 Intermittent fasting, as most of its followers call it is not a diet, but a pattern of eating and a lifestyle change. It does not require people to change what they eat, but merely to change when they eat. Sounds easy-peasy, right? 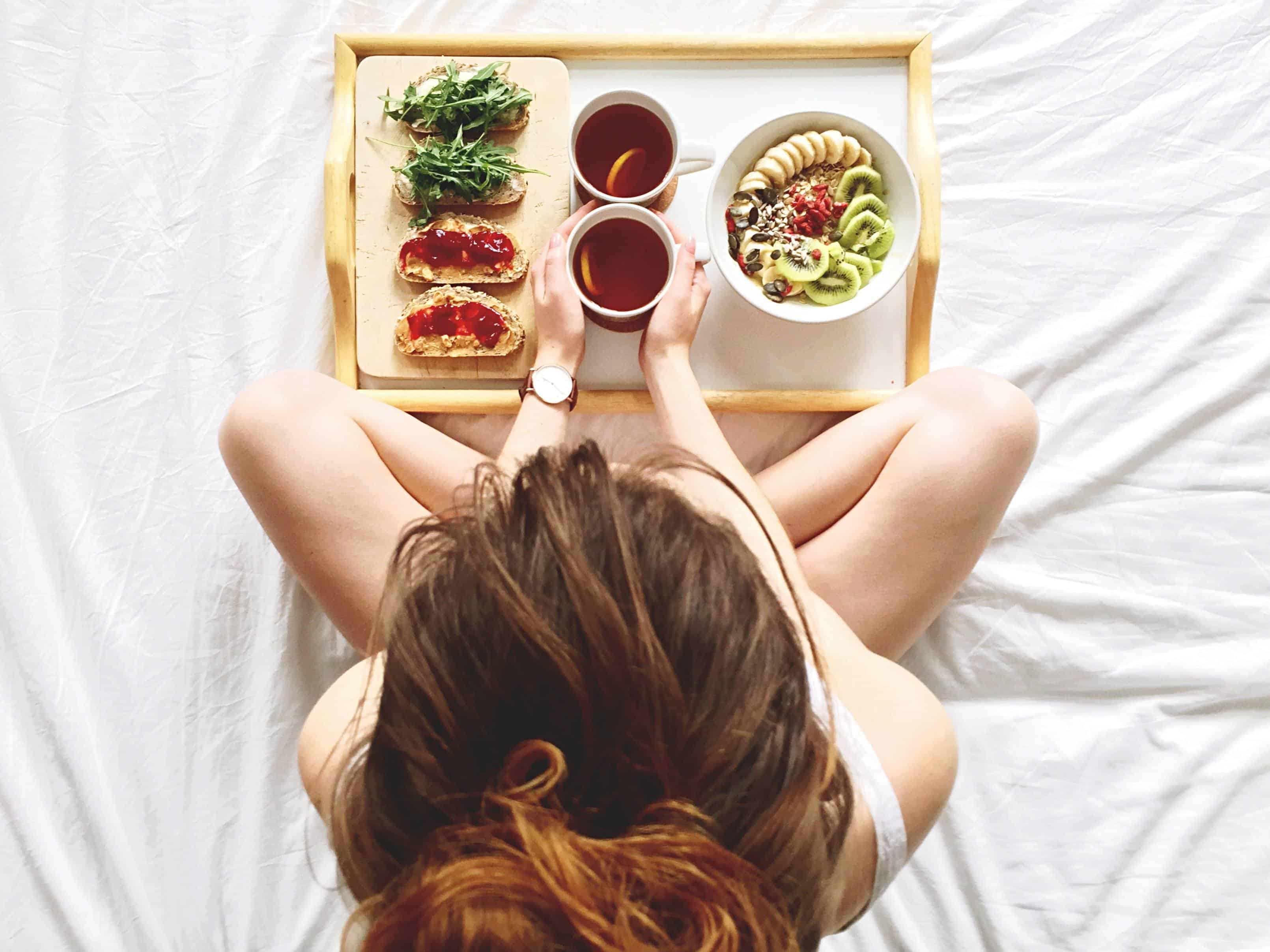 Intermittent fasting requires a minimum 16-hour period of complete fast. This means that one is not allowed to consume any type of food or beverage containing sugar during the fasting window. Most people typically start fasting four hours before their bedtime, let their 8-hour sleeping period account for 12 hours of total fast and then have their first meal of the day during lunch time. 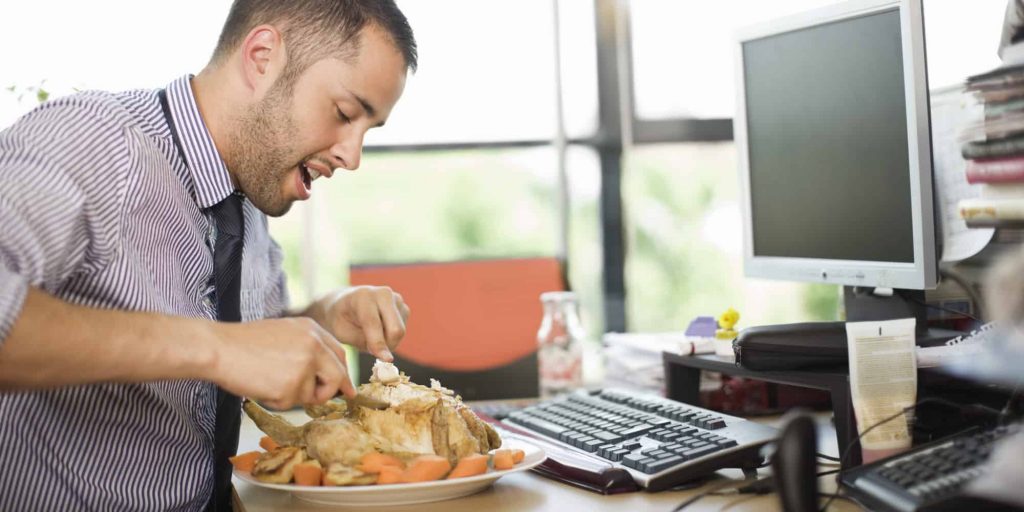 Breakfast is usually skipped, leaving those who practice intermittent fasting worry less about what to consume and more time to exercise or get ready for work. For people who are not used to eating breakfast or could go about their day without it, intermittent fasting is an easy shift that they can incorporate into their busy lifestyle.

Why does the body need to undergo different states?

So you must be thinking, why should I give up my hearty breakfasts to lose weight? Isn’t that the most important meal of the day? Well, intermittent fasting says that you can still enjoy breakfast, but at a later part of the day. 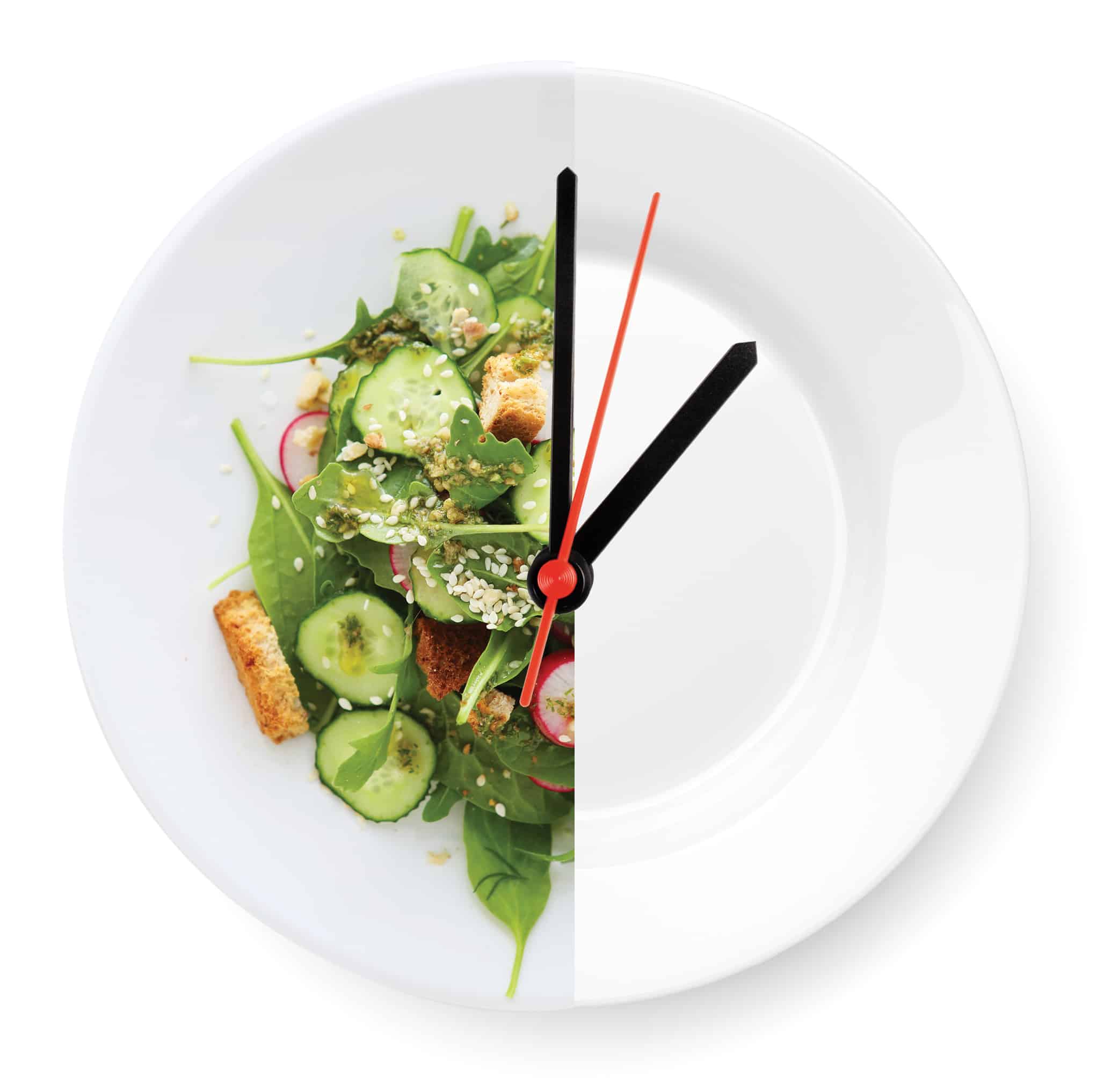 As mentioned, intermittent fasting is an eating pattern that schedules when you need to fast and when you can consume food. You train your body to be in a fasted state and then in a fed state. How you plot out these states for your own body depends entirely on you. The two body states have different significant benefits to the body that when it comes down to it, makes it easy to lose weight, gain muscle, or both if that’s what you intend to achieve.

What happens during the Fasted State? 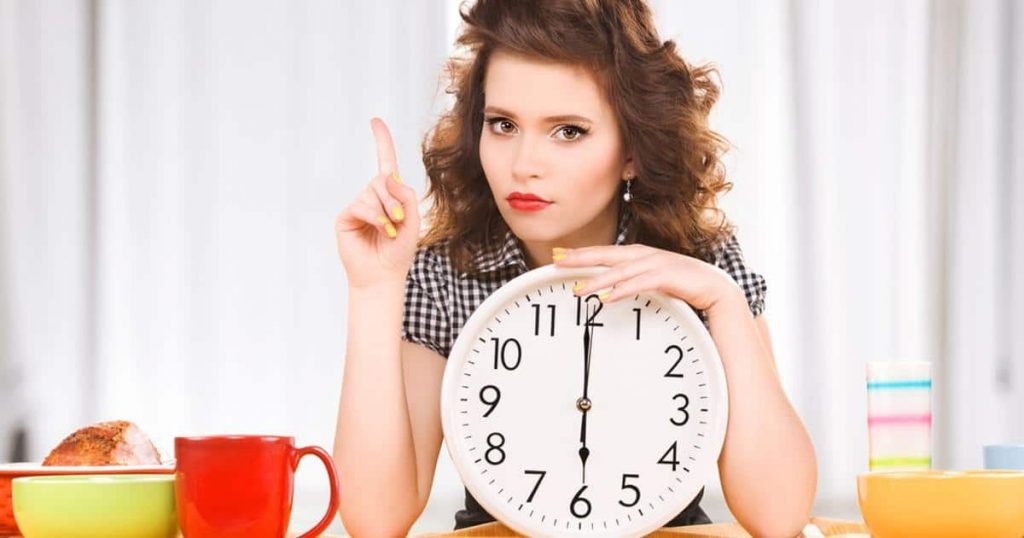 When your body is in the fasted state, which is the recommended minimum 16 hours that you don’t eat, it starts to burn off the fat that it otherwise would not have access to if you were constantly in a fed state. The body enters this state 12 hours after you’ve had your last meal, so the body uses its own energy reserves to fuel itself.

When exercise is incorporated during this state, the body uses more than its usual fat burning level to sustain the increased level of activity. This is when weight loss is most efficient—most people report losing weight even when they didn’t increase their activity or exercise level or decrease their calorie intake.

For most people, the fasted state usually starts a few hours before bedtime and ends a few hours after waking up. They allow their sleeping state to account for the bigger chunk of this state, to give the body more time to rest while fasting. Also, most people exercise early in the morning or after work, which conveniently falls under the fasted state periods.

To prevent dehydrating the body during the fasted state, water and black coffee or tea are the only allowed consumed beverages. Any solids or sugar-infused liquids (which contain calories) are strictly prohibited to fully allow the body to remain in a fasting mode.

What happens during the Fed State? 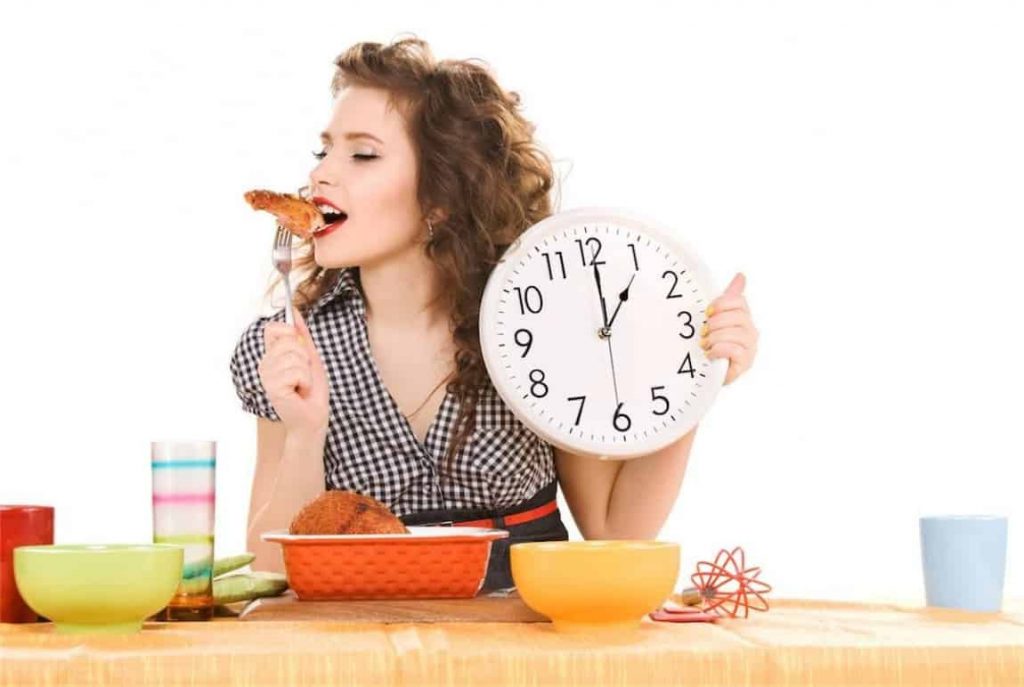 When you start eating again or when you’ve entered your fed state (after the 16-hour fast state timeframe has ended), the period when the body is absorbing and digesting food to maintain its activity levels. The fed state immediately begins the moment you take your first meal and ends 3 to 5 hours after you’ve had your last. At this stage, the body stores the nutrients from the food.

It becomes strenuous for the body to burn fat at this point as your insulin levels are at their highest and the digestive system is more focused on fat and energy storage. For people who are bulking up, consuming high-protein meals during this stage will make muscle-building more effective when exercising during the fasted state. In the three-five hour span after a meal, the body goes into a “post-absorptive state,” where it is ready to shift into a fasted state all over again.

So why have so many people jumped on the Intermittent Fasting bandwagon? 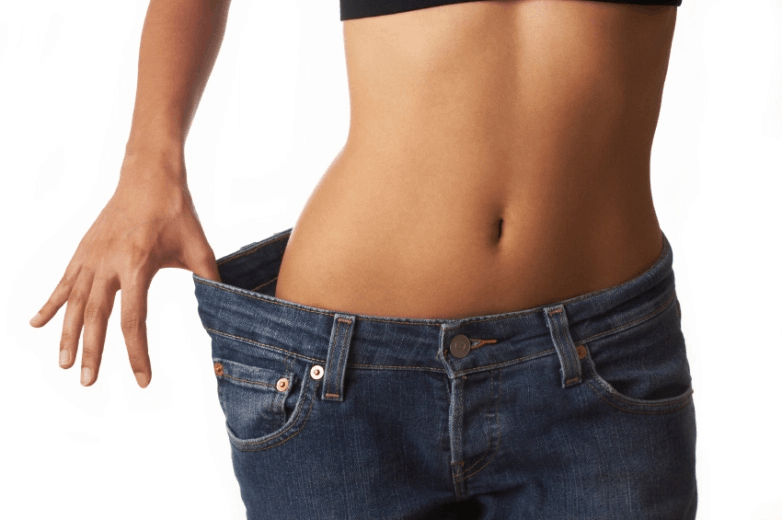 Intermittent fasting has been shown to help people lose weight, especially with hard to target areas like belly fat. Without having to dramatically reduce calorie intake or increase exercise periods, intermittent fasting is a great lifestyle change to adapt.

What makes intermittent fasting a successful weight loss method for a lot of people is due to its simplicity and straightforwardness, reducing the stress of achieving healthier goals. The change in eating pattern means not having to prepare or worry about breakfast for most people. Simply take a glass of water and you are ready to start your day. 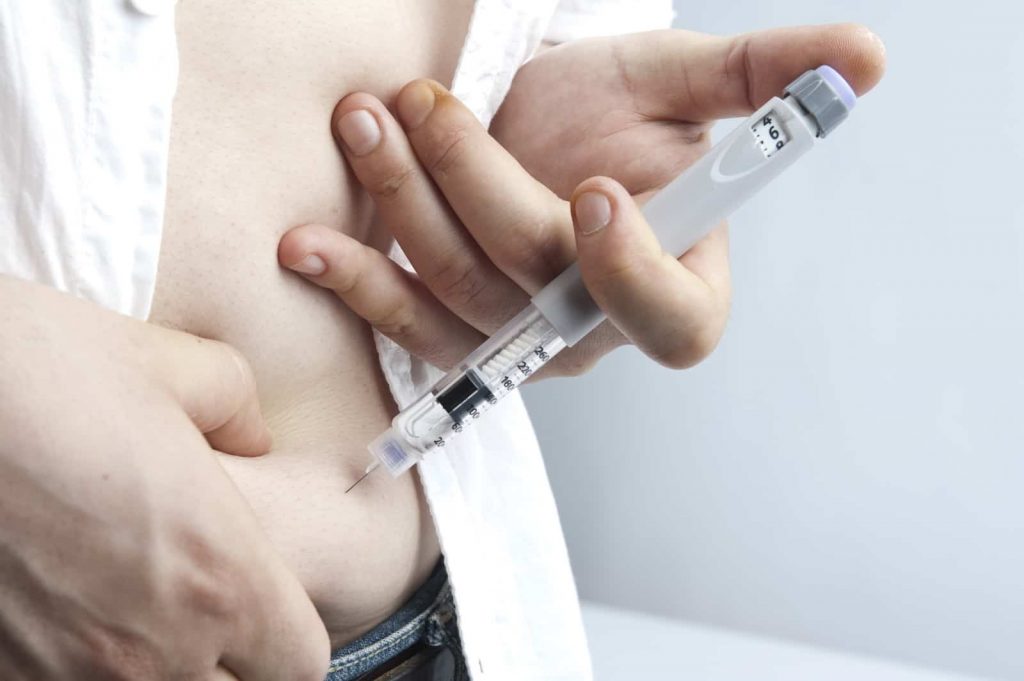 Intermittent fasting has been found to lower blood sugar by 3-6% and insulin levels by 20-31%. Fasting has a positive correlation with lowered development of Type II diabetes.

Several studies have shown that intermittent fasting can reduce markers of inflammation. Inflammation (not to be confused with infection) is the body’s way of removing and protecting itself from harmful stimuli like damaged cells and pathogens. It plays a critical role in maintaining the body’s immune system and heart function.

In studies with tumor-bearing mice, those who underwent intermittent fasting showed signs of reduced growth tumors and responsiveness to cancer chemotherapy. These findings show the cancer-preventing benefits of intermittent fasting, when practiced for a significant period.

The brain hormone called BDNF (brain-derived neurotrophic factor) increases with intermittent fasting, as the growth of new nerve cells are aided during the fasting period. Consistent fasting also has ties to protecting (or delaying) the development of Alzheimer’s disease. 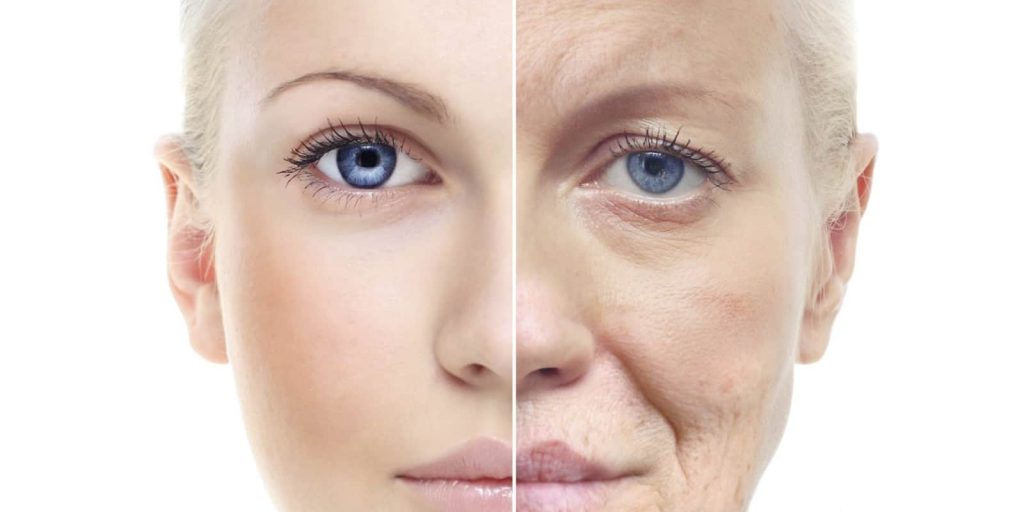 In other studies with rats, intermittent fasting showed a relationship in the increase of lifespan. Rats who underwent fasting lived 36-83% longer than those who didn’t.

The initial thought that most people would have when introduced to intermittent fasting is that it’s a crazy idea to hold back from eating. Intermittent fasting experts say, along with Dr. Eades, that its benefits are palpable and that the only thing impeding people from attaining their weight goals is their mentality about how the body works and how to manipulate it into burning more fat without having a complete change of lifestyle or diet.

So you think you’re ready to give intermittent fasting a try? Check out this article to know how to do it right.