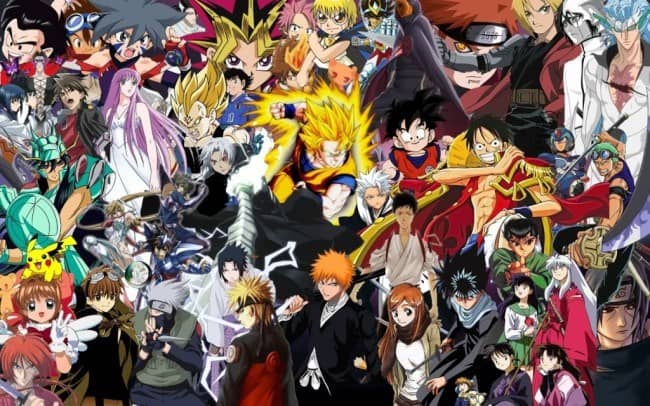 You’ve probably heard of anime — in fact, you may have already seen the Japanese variant of animated films and series. Whether you’ve watched Ash Ketchum catch ‘em on Pokémon, the wacky adventures of Monkey D. Luffy and crew on One Piece, or witnessed the epic fight between Goku and Buu on the last season of Dragonball Z, for many in the west anime has a special, but sometimes forgotten place in our hearts.

But there’s a good reason why some people like anime so much. There’s much more to anime than Spirit Bombs and localization errors, which is why we think it’s something everyone should plunge into at least once in their life.

It’s a matter of subjective taste, but it can be argued that some of the best animation in the world comes from the studios of Ufotable, and the geniuses at Madhouse. Both the choreography of a fight in Fate/Stay Night and the final race for the finish in Redline will leave your jaw hanging and your finger on the pause button — just so you can see every last delicious frame. 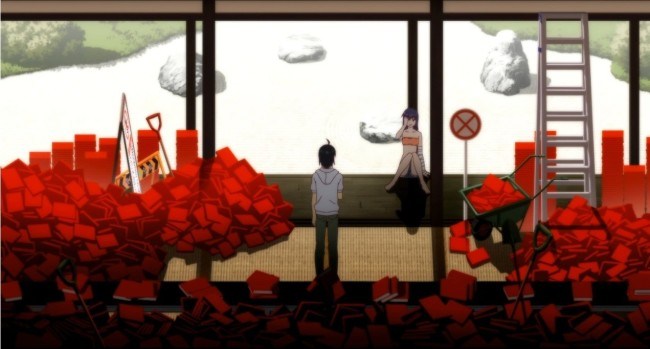 Anime leaves a lot of room for imagination — visual and literary imagination that’ll leave anyone with a sense of art giddy at the works of the studios of SHAFT and their Bakemonogatari, Sayonara Zetsubou Sensei and Mahou Shoujo: Madoka Magika.

Much of anime tackles social issues, societal values, thought-provoking philosophy, or the parody of modern society — and deals with these issues through puns, yokai (Japanese mythological spirits), situational comedy or serious, deep discussion.

Anime characters have a knack for sticking with you. While western animations primarily cater to children, Japanese anime has been around for decades, with target demographics across the board. And with that comes as many character personalities as there are people. You’re bound to connect with these often complex characters, and combined with the commonly lengthy nature of the shows, you’ll start to think of them as real people. 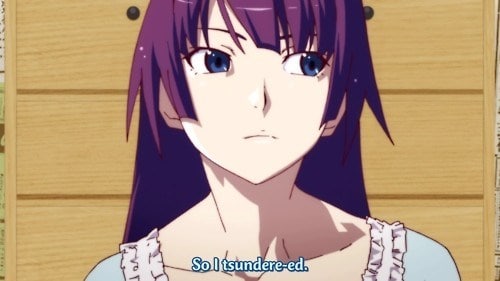 If there’s anything the Japanese do well, it’s making self-criticism hilarious. Japanese society comes with its own set of quirks — and long-time comedy veterans know how to push the right buttons to get an audience in stitches.

No one is safe from the quick-witted sarcasm and clever Japanese touches that make every last frame in a well-done comedy anime feel like a relentless series of jabs and slashes that leave you wide-open for the punch line.

#5. The meaning of friendship. 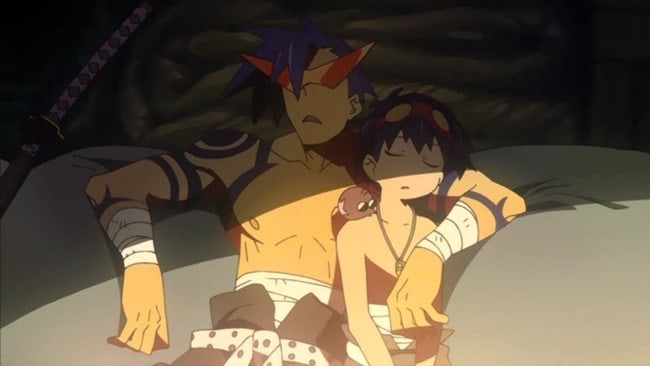 Sometimes, when you’re still feeling sore from the last show’s comedy karate, the world of slice-of-life and shounen anime will make you remember that there’s pretty much nothing that beats true trust, friendship, and compassion — the bonds between us that make us human, and give us the power to, together, do absolutely anything and everything.

Anime is a strange, refreshing look at what it means to be human, depicted in hundreds of art-styles, modes of delivery and life-lessons. And friendship is a common theme that’ll leave you feeling warm and fuzzy every time.

Past the visuals, the storytelling and the sharp wit, there’s an element of harmony that comes from drawings that, surprisingly, often conveys ‘dem feels’ in ways an actor never will.

In a way, it proves that storytelling is about showing, rather than telling — with the imaginative, yet technically lacking imagery of animation, we can let our own minds fill in the blanks in the colors and shapes we choose; and that makes each moment so much more memorable than having those blanks filled out for us.

For the record, I have cried four times since starting my own anime journey. And I had a half-decade streak going, dammit. 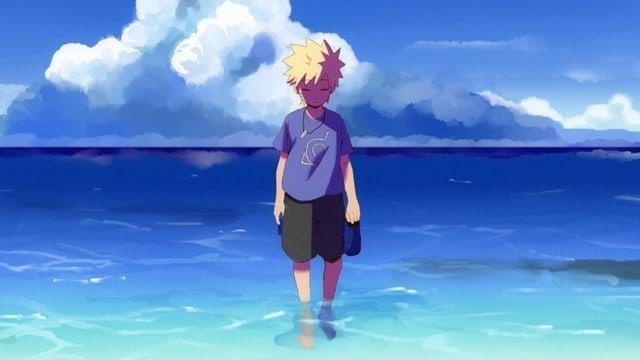 Some shows are, indeed, long enough that you could mark them as entire chapters in your life. Here are some things you may hear anime fans saying:

“Oh yeah, I remember my One Piece phase.”

“I wish I could just forget that I used to run like a shinobi at schoo- wait, you know what, actually, I don’t. Dattebayo!”

Some shows are short, but sweet — and may end up with you questioning everything about, uhm, puberty (ala FLCL, Kill la Kill, or Gurren Laga… alright, it’s a popular theme). While longer shows emphasize characters, adventures, fillers, and creating a world that stays with you forever — the shorter shows are often mouthpieces of a bigger tale, and sometimes, you’ll look back to a short show like FLCL and it’ll hit you that something you may have interpreted as one thing, was an entirely different thing — or both! That ambiguity is part of what makes anime a great medium for entertainment.

#9. The hefty psychology of some shows. 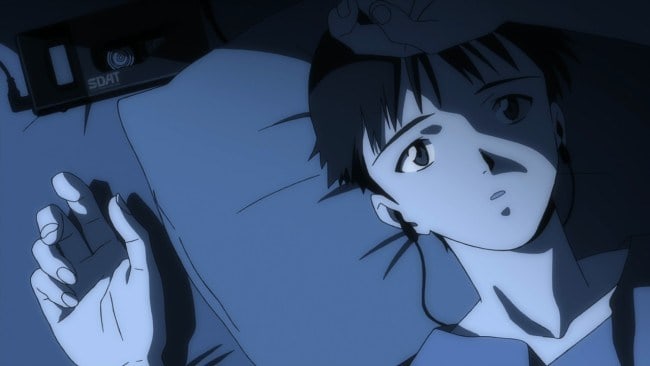 Which brings us to anime’s capacity to get you to think. Through a combination of art-style and animation, an anime can be just as successful in becoming an analysis of a character, or even a personality trait at large, as it can be in conveying comedy. Sure, Neon Genesis Evangelion wasn’t the clearest of shows when we talk about plot, and it frustrated quite a lot of people with its cryptic story and pacing — but no one can argue that the psychoanalytical portions of the show weren’t spot on.

Well alright, it might help to know that the guy who directed it was depressed, partially suicidal, and just a total wreck at the time.

#10. The light-hearted entertainment of others.

Depression aside, anime can be just as non-serious as it can be emotionally crushing! The Japanese have a sense of humor that doesn’t necessitate sarcasm or painful stabs at a person’s ego, too — but don’t be fooled, because any good slice-of-life comedy will have the sort of delicious irony we all love to smirk over, even if the premise of the show might be something as light-hearted as winning an inter-school hanafuda championship.

#11. A view into Japanese culture. 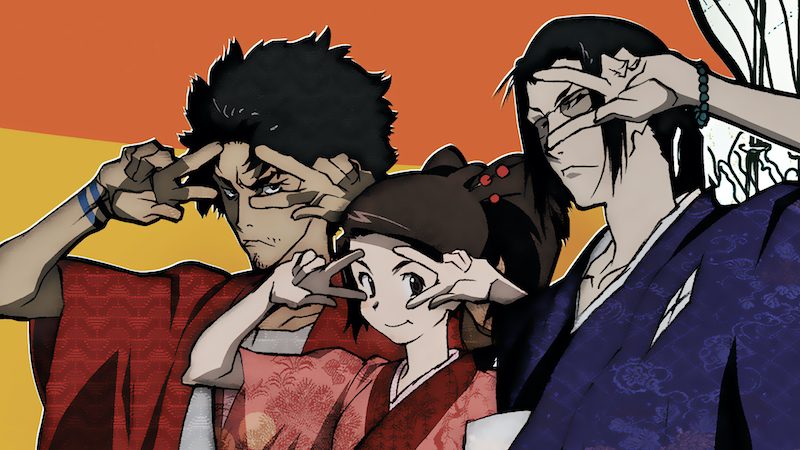 If hanafuda and yokai and calls of itadakimasu, ‘onii-chan’ and tadaima confuse you, then anime is a perfect way to begin your path into learning about Japan, and Japanese culture – with a grain of salt, of course. Or perhaps a heaping table spoon, depending on what you’re watching.

Japan, like any country, is a diverse place with a rich history and many traditions that have changed over the years – some quite rapidly. It has its own etiquette: an unspoken rulebook that most foreigners (me included) would almost assume is born into every Japanese child. But some things, like Japan’s love for baseball, croquettes, and the elusive definition of moe, will become clearer and clearer to you with each show – and if you like what you see, then anime will be your first stepping stone to an actual, real experience of the land of the rising sun. 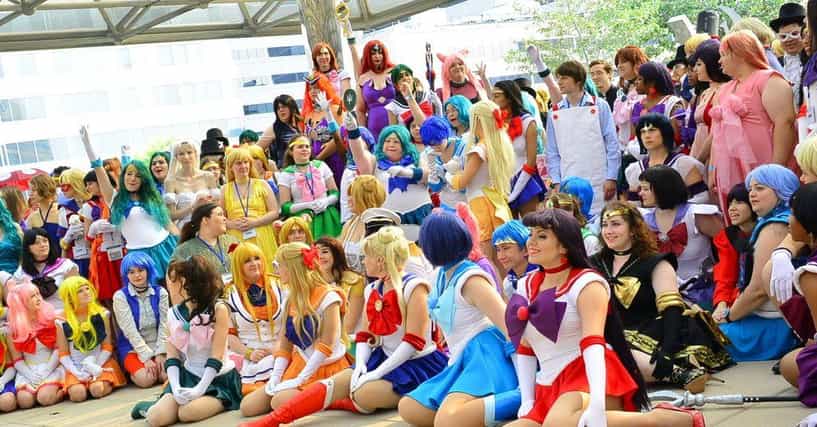 All this results in an incredibly diverse community with different tastes, preferences and ideas of what anime is — but one thing binds them together, and that’s their, no, our love for Japanese animation, the good and the bad, the shounen and the seinen, and everything in-between.

Whether you’re young, old, straight, gay, fit or not, religious or atheist, or whether you’ve been watching anime for 20 years or 20 episodes — it doesn’t matter, so long as you know who Shinichiro Watanabe is, and you have your own personal choice of waifu or husbando. No, but seriously; anime is a perspective, another way of thinking to add to your repertoire — and if you fall in love with it, then you’ll open yourself up to what seems like a whole new world.