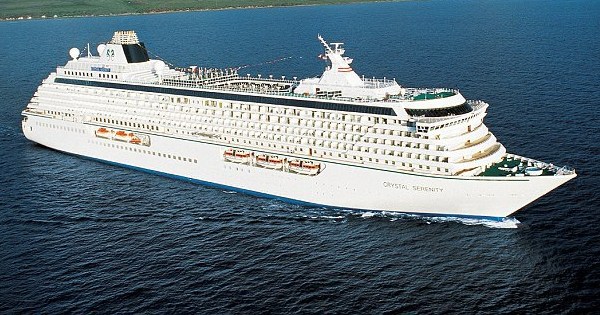 Who says that only 20-somethings get to enjoy life to the fullest? At 86 years old, Lee Wachtsetter is still having a grand time. And this Golden Girl is definitely living the dream — aboard a luxury cruise ship.

“Mama Lee,” as she’s known aboard the 11-year-old Crystal Serenity, has been living on the 1,070-passenger vessel for more than half of it’s entire run: almost seven years. 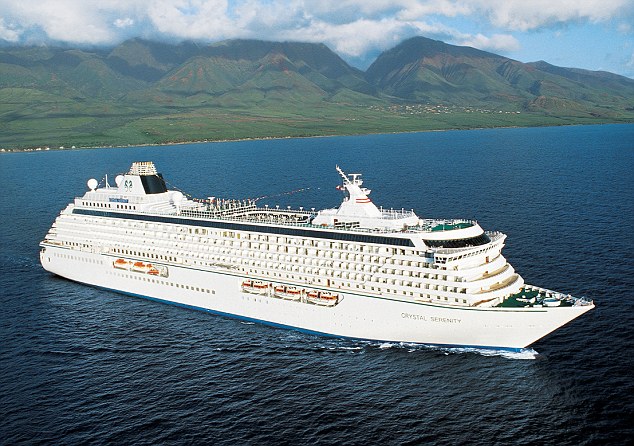 “My husband introduced me to cruising,” she recalled. “Mason was a banker and real estate appraiser and taught me to love cruising. During our 50-year marriage we did 89 cruises. I’ve done nearly a hundred more and 15 world cruises.”

Lee said she stopped counting the countries she’s been to after 100, preferring to simplify it — “Just say I’ve been to almost any country that has a port.”

She normally doesn’t even get off the ship anymore, she said, since she’s visited each country so many times, but mentioned that she still enjoys the colorful streets of Istanbul.

“I can’t resist the Grand Bazaar in Istanbul,” she says. “The outfits are gorgeously glitzy, perfect for ballroom dancing. Of course, I have limited space in my cabin so I have to restrain myself when it comes to shopping these days — can’t go overboard, you might say.” 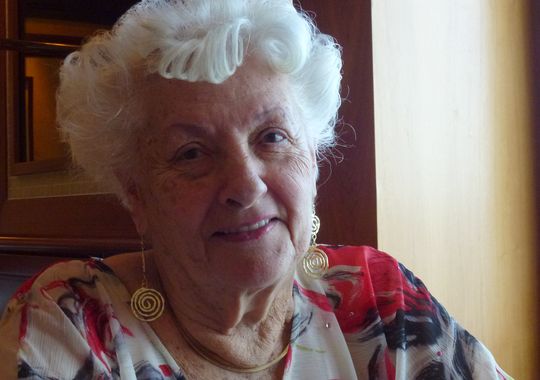 Though she loves her sea-bound life, Lee said the most difficult part of her extravagant retirement is being away from her children and grandchildren, who live in Miami, Florida.

She stays in touch with her three sons and seven grandchildren by Skype or email. “I hear from one of them every day, and visit with them whenever we dock in Miami,” she said.

Make no mistake, however. Lee isn’t at all lonely. The 655-man crew is practically family now, and she regularly  meets new friends as well.

“I do love to eat and regularly dine at a table for eight. You meet interesting passengers, and I’ve made lots of new friends that way.”

“The crew members bend over backwards to keep me happy … If they don’t have what I want, they get it. even if they have to buy it off the ship or make it to my specific needs.”

“The day before my husband died of cancer in 1997, he told me, “Don’t stop cruising.” So here I am today living a stress-free, fairy-tale life,” the widow said.

Lee followed her daughter’s advice after her husband passed away, and sold her five bedroom Fort Lauderdale area home to become a permanent luxury cruise ship resident. It was an easy decision for Wachtsetter, who estimates that this year alone, she’ll spend about $164,000 for her extravagant lifestyle, which covers a heck of a lot: a single-occupancy seventh deck stateroom, regular and specialty restaurant meals with available lunch and dinner beverages, gratuities, nightly ballroom dancing with dance hosts and Broadway-caliber entertainment — as well as the captain’s frequent cocktail parties, movies, lectures, plus other scheduled daily activities. 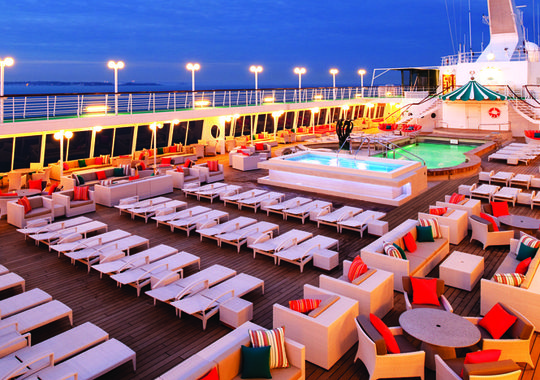 “Before coming aboard this ship I lived on a Holland America liner for three years,” she said. “The day they announced they were stopping the dance host program was the day I decided to leave. I dance every night for a couple hours after dinner, have been doing it for years. And I’ve also trained with the ship’s dance instructors.”

The Crystal Serenity is the second ship she’s lived on, and is one of the best ships for dancing, she said.

“I enjoy dancing, and this was the best of the remaining ships that still use dance hosts. My husband didn’t dance, just didn’t like to, and encouraged me to dance with the hosts. I dance every night for a couple hours after dinner.”

“For the past 15 years, dancing has become a great part of my life. When I cannot dance, I will probably stop cruising.”