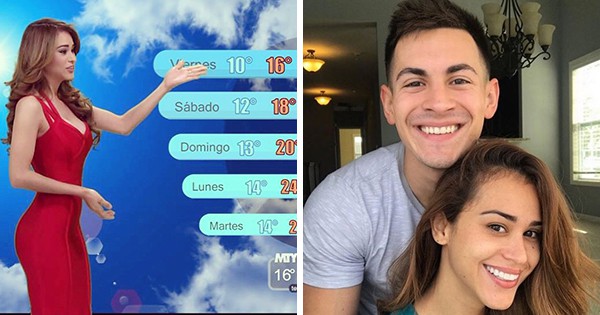 The dumping of Yanet Garcia—aka, the ‘world’s sexiest weathergirl’—took the world by storm when her now-ex boyfriend, Douglas ‘FaZe Censor’ Martin, decided to choose Call of Duty over having a girlfriend.

Several days after her story went viral, the Mexican model and Instagram star is now speaking out on the issue.

Instead of calling out her ex, she graciously explains that she does not ‘judge him’.

“I actually do not judge him – on the contrary, I wish him all the success, I hope that he wins that championship and it gives him all that he wants,” she said.

“We were a couple working in social media, and he had commitments with his followers while I have my jobs and my projects.”

While the split caught Garcia by surprise, she maintains that they had a ‘beautiful relationship’ while it lasted.

“I am relaxed, at peace, I keep what was good about the relationship in my heart. We were a long distance relationship. It was very difficult,” she explained.

Martin, a YouTuber and Pro Gamer, announced his decision to break off the relationship in a video he shared with his followers.

He said that he and 26-year-old Garcia had parted ways. Apparently, he didn’t have time for a girlfriend because he needed to focus on playing Call of Duty.

The 23-year-old professional gamer, who goes by the name of FaZe Censor, said that their relationship became complicated after Garcia got a job in Mexico City while also pursuing an acting career.

The distance made it difficult for Martin to maintain the relationship, saying that he could not fly out to Mexico all the time as he had his e-sports career to manage.

Crazy how when I met this girl she had 200 followers now 3 years later she has 6M. Continue inspiring and making me proud. See you soon ❤️

On an Instagram post, Martin insisted: “This girl is such an amazing, genuine person. I know a lot of people think I’m crazy, but I feel like we are going down to different paths and as hard as it is, it’s time to move on.”

But her latest tweets showed that the beautiful model was slowly picking herself back up.

She retweeted a post that said: “Respect yourself enough to say, I deserve better.” And another that said: “Never listen to the advice of anyone who’s not done anything good with his life.”

When asked if the pair could ever get back together in the future, she replied, “No, I do not think so. I trust God, he has something else for me.”