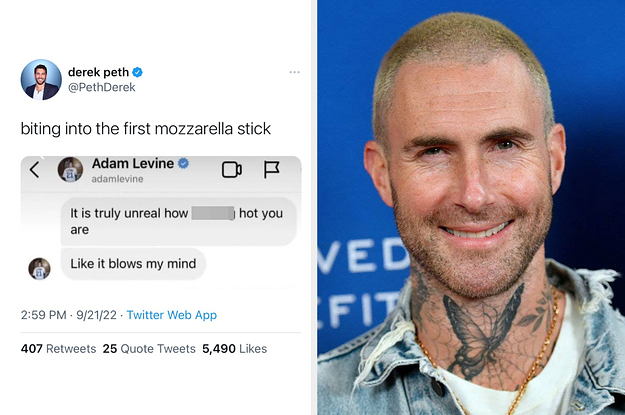 A few days ago, an Instagram model went viral after claiming that she had an affair with Adam Levine.

Now, Adam Levine has finally admitted to messaging women other than his wife, and that will follow him for the rest of his career.

But what is causing such a storm on social media users is not just the fact that it’s inappropriate for a 43 year old married man to be flirting with 21-year-old Instagram models.

Instead, a lot of people are finding it hilarious just how bad all his flirting is!

Twitter is being rather brutal in its mockery of the singer’s “cringe” sexting, to the point where some users are already speculating as to whether he was ever genuinely capable of writing all those Maroon 5 songs.

Others were more sympathetic: