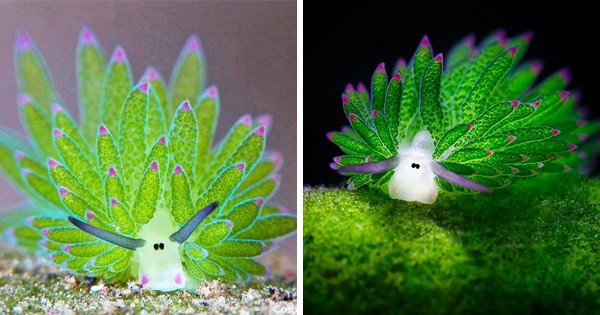 Recently, we told you about jorunna parva, a sea slug that bears an uncanny resemblance to a bunny. Now, there’s another adorable slug to check out.

Costasiella kuroshimae is a tiny species of sea slug that is commonly known as Kuroshima’s Avrainvillea Slug. It’s named after the island in Japan where it was first discovered and described.

But a more accurate (and cuter) name might be Sea Sheep. 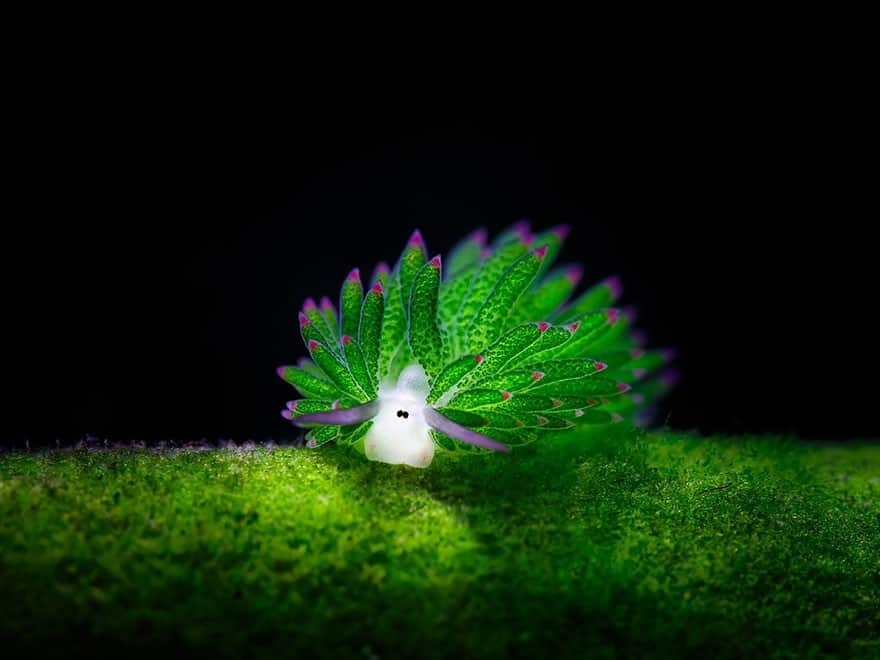 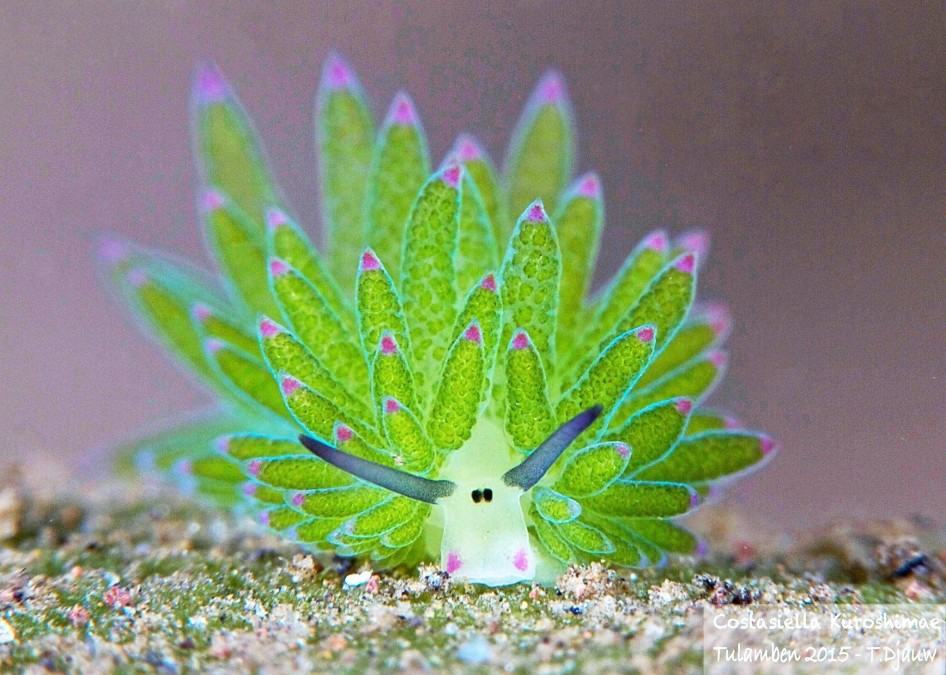 After their initial discovery in Japan, the creatures have also been spotted by scientists in Indonesia and the Philippines. 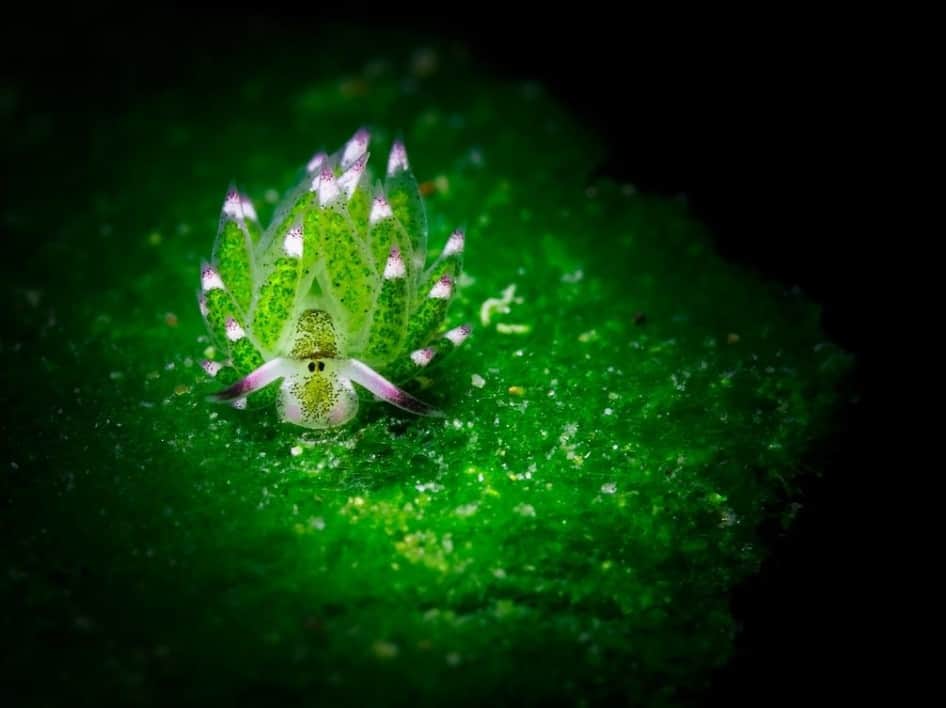 Just like sheep, costasiella kuroshimae are vegetarians. They feed on marine algae. 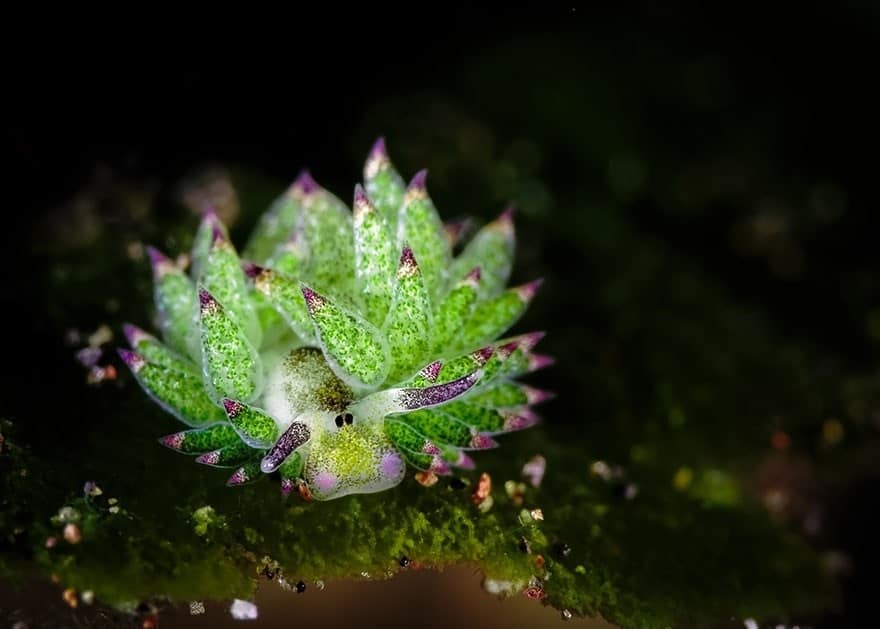 But the most amazing thing about these psychedelic “sheep” is that they’re able to photosynthesize food, just like plants. 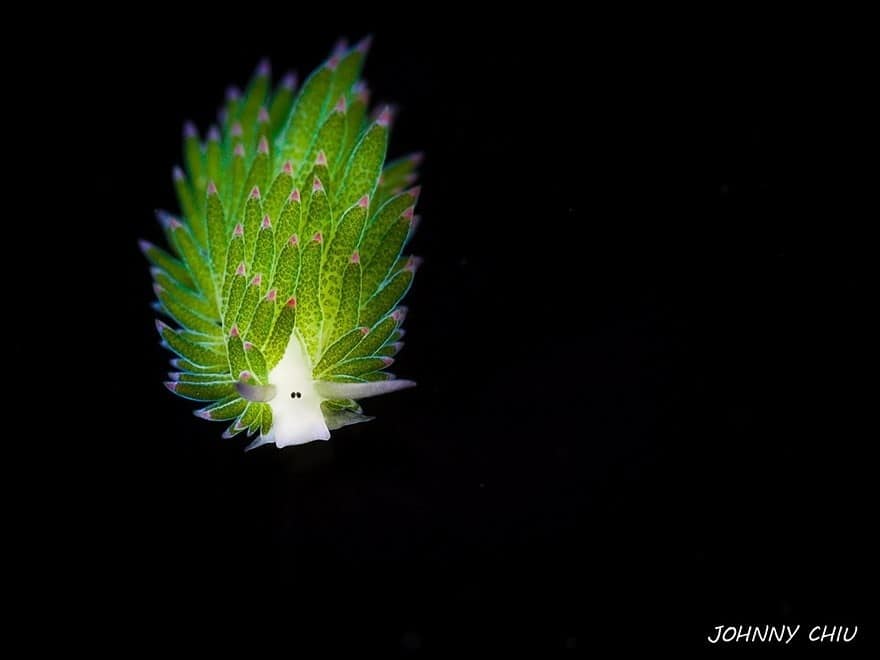 Normally, aside from plants, only single-cell animals are capable of photosynthesis. But the slug uses a process known as kleptoplasty to extract the chloroplasts from its food and incorporate them into its own body. 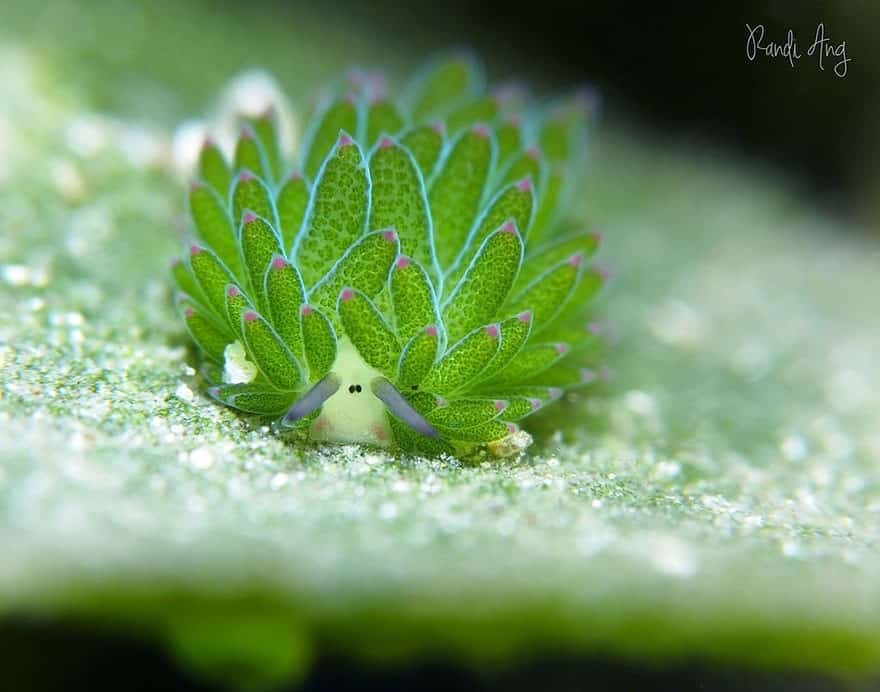 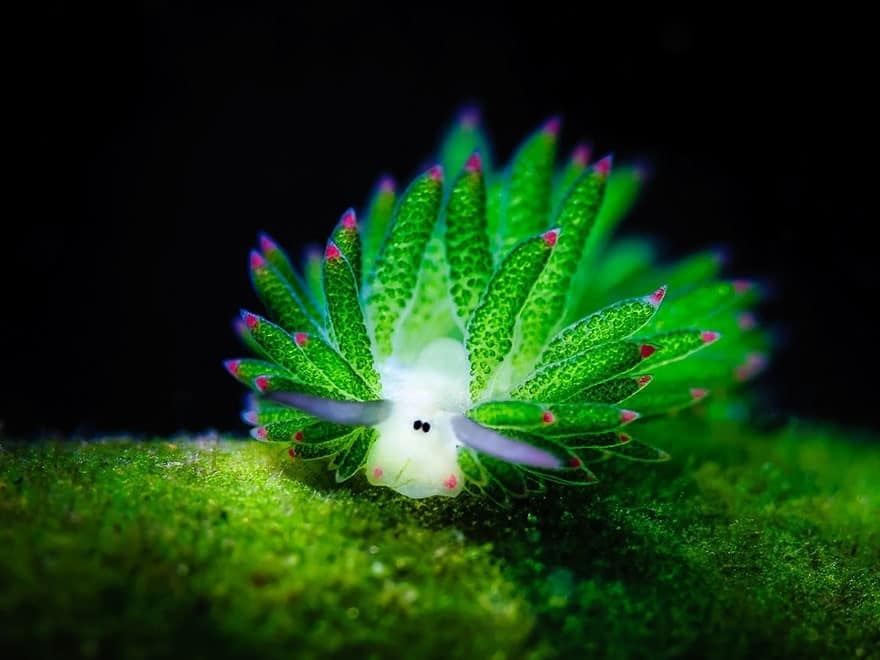